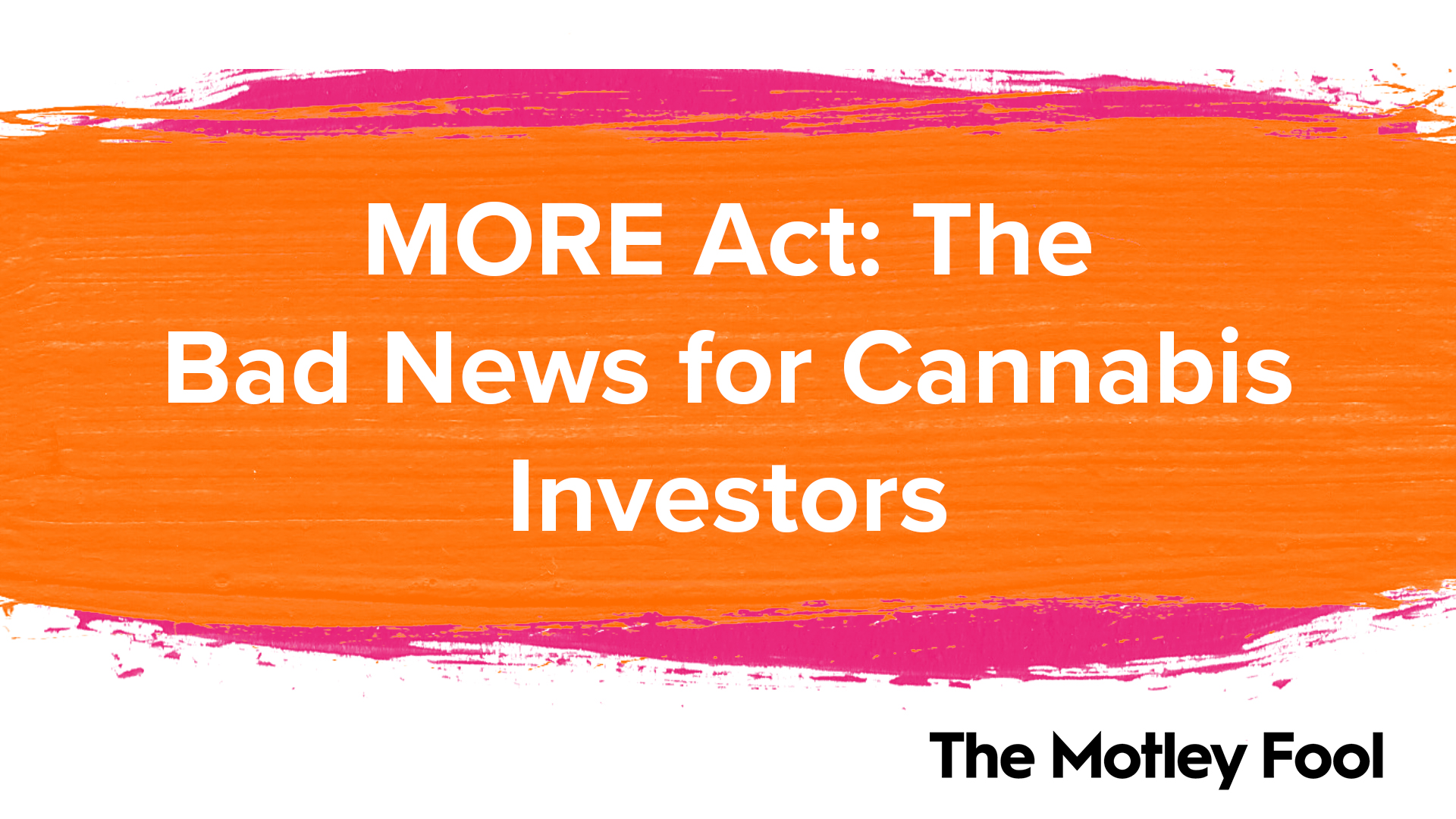 Late last year, the House of Representatives waved its magic wand and fully liberated the marijuana industry! OK, it didn’t quite do that, but the MORE Act was an important step along the path toward marijuana decriminalization — at least, theoretically.

In this video, recorded for Motley Fool Live on Dec. 22, healthcare and cannabis bureau chief Corinne Cardina discusses the down sides of the historic Act with Fool contributor Eric Volkman.

Corinne Cardina: Let’s talk about some legislation that has gained some traction in the House of Representatives — the MORE Act.

So this stands for Marijuana Opportunity, Reinvestment, and Expungement Act. The House voted in favor of it. It’s sitting there. As we know, the House is politically made up differently than the Senate. If this is signed into law, this act would pave the way to federally decriminalize marijuana and put into place an expungement process for past convictions.

My question for you is what does the future of this act look like? Joe Biden, president-elect, has said that he will decriminalize marijuana. Is this how he would plan to go about it?

Eric Volkman: I think that’s the way he would prefer to go about it. I mean, that’s the proper legislative route. There’s a variety of opinions as to what Biden can do, what his administration could do regarding decriminalization.

I mean, Biden is a longtime veteran of government as a senator, as vice-president, now as president. I think he’s going to use his position and his influence and the political capital he does have, with a great many other things. I don’t think this is high on the list.

So that means most likely if there is a future for this act, it’s going to get passed through Congress. Which is great, except the fact that the Senate is the big question mark. As it is right now, the Senate has no interest in passing a marijuana bill like this, especially something as comprehensive and as earth-shaking as this one would be if passed into law.

The question then becomes, well, what’s going to happen with the Senate? That’s a wildcard as everybody knows, it’s coming down to Georgia. It doesn’t seem likely.

Put it this way, the Democrats have an outside chance of getting both their candidates elected to the Senate. If that happens, yeah, the odds for this thing being voted on in the first place in the Senate, being called for a vote increase exponentially.

As for passage, that’s another story. We’re not totally sure about that because Republican senators have been much stronger in their opposition to any kind of marijuana law liberalization. It’s not quite that way in the House. There are strict opponents, but there are a lot of Republicans that crossed the aisle to vote in favor of this act.

But it depends. We’re going to be in a situation where our economy is going to continue to be badly affected by the coronavirus pandemic. And there’s a strong argument to be made that if you pass this act, and you essentially free marijuana companies, and basically make it OK to sell and consume anywhere, the knock-on economic effects will be very beneficial.

But that’s not an easy sale either, because the way it’s structured now, and because anybody involved in marijuana trade, anybody that sells marijuana, because they’re effectively paying a lot in federal taxes — this bill, if passed into law, would completely knock that out. It would impose a 5% federal tax across the board. Which is nice — you have somewhat predictable steady revenue, but it’s not what the Fed is used to be making. You would have an easy argument against the bill saying, well, all of a sudden, this country is going to be making a lot less in tax revenue. Which on the surface is true, but it’s not, again, taking into account those knock-on effects.

I don’t know. If the Senate goes Democrat, I think the bill of being heard, might have a better chance of being passed. I don’t think it’s going to be taken up anytime soon, and it’s too close to predict. There are too many factors.

Here’s The Marijuana Stock You’ve Been Waiting For
A little-known Canadian company just unlocked what some experts think could be the key to profiting off the coming marijuana boom.

And make no mistake – it is coming.

Cannabis legalization is sweeping over North America – 15 states plus Washington, D.C., have all legalized recreational marijuana over the last few years, and full legalization came to Canada in October 2018.

And one under-the-radar Canadian company is poised to explode from this coming marijuana revolution.

Because a game-changing deal just went down between the Ontario government and this powerhouse company…and you need to hear this story today if you have even considered investing in pot stocks.

Simply click here to get the full story now.