Although human trials have yet to start, scientists say people should be wary of using CBD while pregnant. 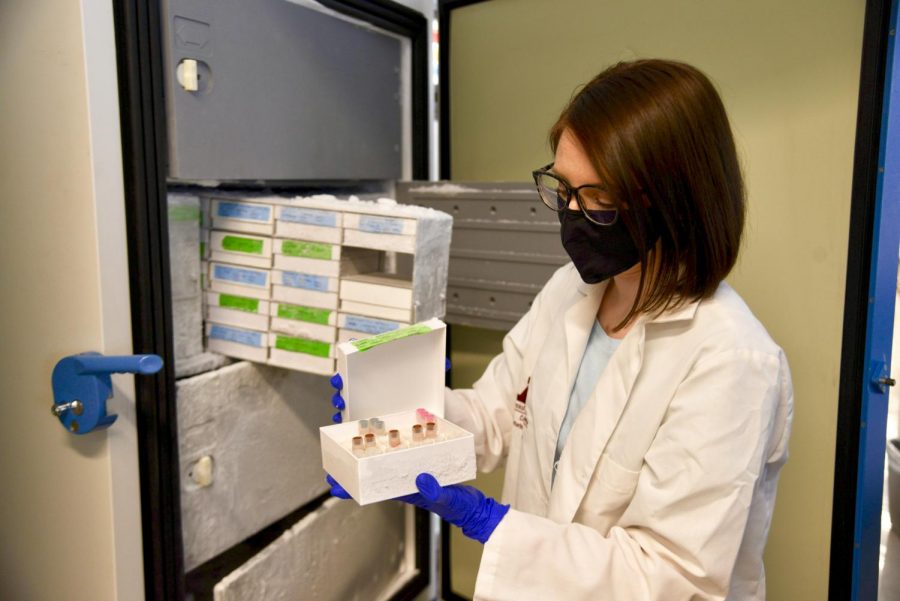 Cannabidiol (CBD) is not hard to come by anymore. Since Minnesota legalized the sale of CBD in January 2020, stores around the state advertise the product as a natural remedy for pain or other ailments, including at shops near the University of Minnesota.

In a study published last month, University researchers found some potential adverse effects of CBD, especially when taken during pregnancy. Their preliminary study in mice shows CBD has a lasting impact on offspring even into adulthood.

Although this study has not been conducted on humans yet, researchers say people should be wary of using CBD while pregnant, especially as more people use CBD to alleviate symptoms like nausea or pain that often accompany pregnancy.

According to a 2019 global analytics poll, 20% of people ages 18-29 use CBD consistently, and 64% of Americans are familiar with CBD products.

“[CBD has] now exploded in popularity and yet, we don’t have very much information about what it does during gestation in humans,” University researcher and co-author Dr. Christopher Faulk said. “There are many, many humans who are taking these compounds, almost certainly during pregnancy, so it’s vital for us to find this out.”

Dr. Nicole Wanner, a postdoctoral fellow in the College of Veterinary Medicine and co-author of the study, said their work is even more critical now as CBD and tetrahydrocannabinol (THC) become legalized in different states around the country. While CBD and THC are both chemical compounds found in cannabis plants, THC produces a “high” when smoked or ingested.

“The fact that CBD is indicated for a lot of things that might happen during pregnancy, like nausea or pain, makes us pretty concerned that this would be a potential exposure for people,” Wanner said. “Some people can also perceive something that’s from a plant as maybe more natural compared to using a conventional drug. But that isn’t always necessarily the case. Plants can contain some very active ingredients that can be just as impactful as any other drug.”

For many decades federal regulations prevented the study of cannabinoids, like THC, and other illicit drugs, which made it difficult or even impossible to study these kinds of compounds, Wanner said. She said their work attempts to fill a “huge hole in the literature” about CBD’s safety or possible consequences.

After giving pregnant mice CBD daily during pregnancy and in the nursing period, Wanner and Faulk studied the behavior of the mice’s offspring, which had no CBD exposure after weaning them. Researchers used mice for the experiment because they wanted to study the effects of CBD on mammals with a shorter lifespan, enabling them to see the results in their offspring within a couple of months. Wanner said they gave mice an amount of CBD that was roughly equivalent to the amount a person taking CBD would consume to mimic human usage.

Although male mice had relatively few behavior changes, the female mice had thousands of changes in their gene expression. Female mice also had worsened anxiety but improved memory behavior compared to males despite having no direct contact with CBD.

“If you see an effect that’s transmissible to a new generation, that’s kind of concerning,” said Dr. David Brown, a University professor in the Department of Veterinary and Biomedical Sciences who has conducted cannabinoid research in the past.

Brown said this study is important because it is one of few looking into inherited traits due to CBD usage. It is also one of the few studies examining the effects of cannabinoids other than THC on female animals and their offspring.

Historically, many research studies have focused solely on male subjects because researchers did not want to deal with breeding cycles, pregnancies or hormonal changes in female subjects, Brown said. But doing so negates the research conducted on half of the global population and does not consider the impact of differences caused by sex, he said.

Wanner said they plan to conduct additional studies, particularly exploring CBD’s impact on mice’s adolescent development. She said adolescence is a typical age for the onset of mental health disorders in humans. Because few regulations prohibit those under 18 from purchasing CBD products online, Wanner said looking into CBD’s effects on brain development in youth is especially important.

“I struggle to think of any sort of category of substance where research into it had been essentially prohibited for decades and then all of a sudden humans started taking massive quantities of it,” Faulk said. “There’s a huge gap in the human use and in the human research. It’s almost unprecedented compared to other substances. … We got to catch up.”