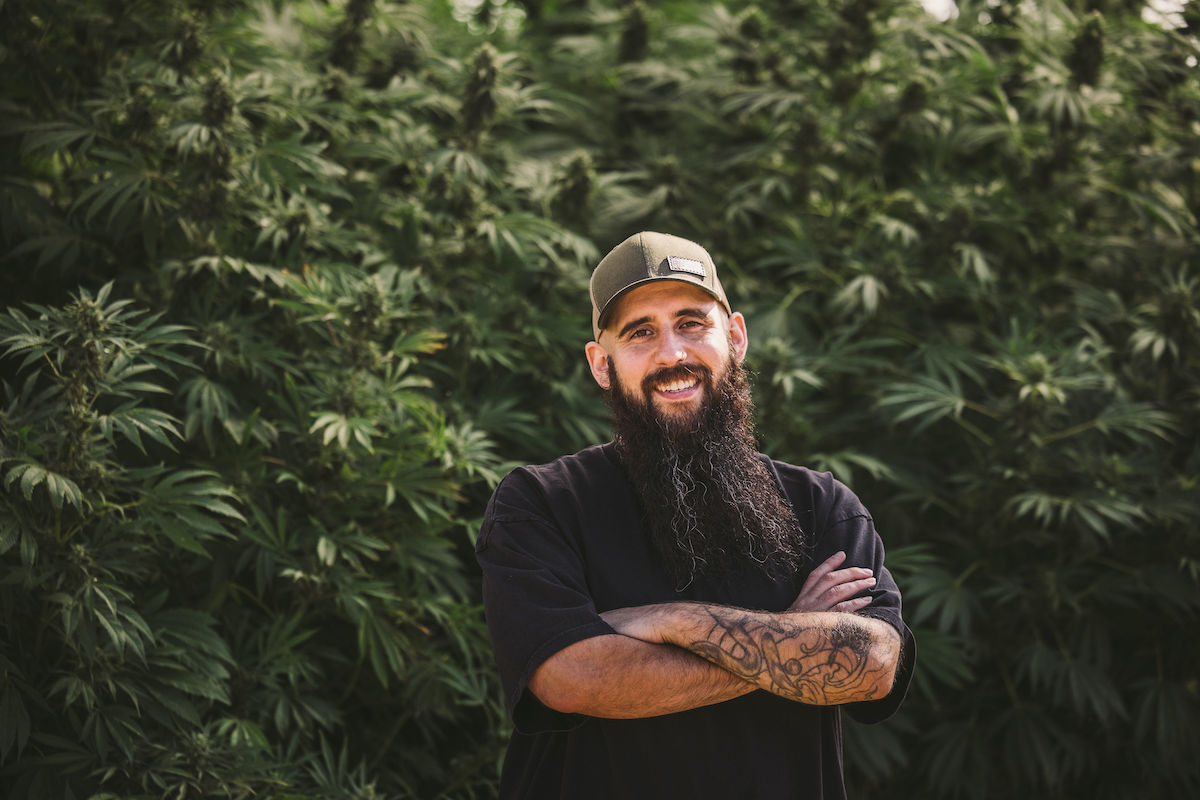 There’s been a lot of choking in the nascent days of commercial cannabis growing in Santa Barbara County, especially as white-tented, periodically pungent farms expanded into the heart of wine country. As repeatedly covered in both this newspaper and much larger publications, this 21st-century cultivation conflict triggered lawsuits, contentious county hearings, and no shortage of seemingly endless squabbling, much of it between grape and cannabis growers themselves.

It’s curious, then, that the very same things that drew winemakers to Santa Barbara County — the unique, maritime-chilled microclimatic conditions afforded by our east-to-west lying Transverse Ranges — are also what make growing cannabis here so ideal. Much like in wine grapes, the diurnal temperature shifts between warm, sunny days and cool, sea-breezed nights allow strong cannabis growth during the day and ample resting at night.

But the similarities between the two industries go much deeper, say cannabis proponents. They believe that marijuana also exhibits the wine country notion of terroir, or how a farmed product’s characteristics reflect where it was grown; they find direct tourism parallels between visiting estates to enjoy the fruits, or buds, of those properties on-site; and they see the wine industry as a model for how to talk about cannabis in cultured ways, a potential roadmap for establishing an accepted vocabulary describing aromas, flavors, and farm-to-table techniques.

Considering this convergence daily is Khalid Al Naser, the product director for Raw Garden, one of the largest cannabis companies in California. With two farms along Santa Rosa Road in the Sta. Rita Hills and one outside of Los Alamos, Raw Garden — whose cultivation operations are better known as Central Coast Agriculture, run by CEO John De Friel — is already on the cutting edge of cannabis breeding and product development. So far, they’ve introduced more than 800 new strains and sell hundreds of different products and flavors in more than 750 dispensaries across the state.

But Al Naser is putting the company on the front lines of social acceptance as well — perhaps an even greater challenge for a product that remains federally illegal and culturally combative, even in liberal-leaning places such as Santa Barbara.

Get the top stories in your inbox by signing up for our daily newsletter, Indy Today.

“I take ownership in the way we talk about cannabis and am really trying to drive normalization, to get people to adopt an elevated understanding of the experience,” said Al Naser, who was raised outside of Seattle and came to California about 15 years ago. “Wine, in a lot of regards, is very simple, but we’ve been able to pull out the nuances that elevate the experience. There is something that’s intangible about wine that cannabis shares.”

Navigating uncharted waters such as these are comfortable for Al Naser, whose original aspirations in cooking and photography didn’t satisfy his adventurous spirit. “I would have hopped on a boat to go to a new land,” said Al Naser, had he been born in a different era. “Having come from culinary arts and photography — two things that have been done to the umpteenth time by other people — cannabis felt like a new space.”

Inspired in part by old family photos of Bedouin ancestors smoking hashish, he began making cannabis concentrates. “Some of it is simplified chemistry that is more in line with cooking than you might imagine,” he said of crossing over from a culinary background.

Righteousness was also involved, as he entered the industry a dozen years ago when only medical marijuana was legal. “If I was gonna go on a new adventure, I wanted to make sure it was happening for the right reasons, to be able to stand by what we were doing and be proud of it,” he said. “I realized it was vulnerable people like older ladies and sick kids who were really the crux of why this had happened. For me personally, there was a need to be on a soapbox about it.”

That mentality is baked into Raw Garden, which started as a medical marijuana company in 2011 and went recreational after the 2016 legalization vote. “Our time under medical really drove our ethos,” said Al Naser. “There was a need to create good medicine for people who were patients. As we transitioned into the regulated market, that dynamic really benefited the customer. We still hang our hat on that idea of good quality consistently at an accessible price.”

That’s why Raw Garden focuses primarily on the products themselves rather than marketing hype or shiny packaging. “Lifestyle brands are great and definitely something that’s tangible for a lot of companies,” said Al Naser. “But when we’re talking about normalization, being able to highlight the product, the inputs, the process, and the practices that go into making that, that helps consumer confidence.”

Having worked in so many facets of the industry now, Al Naser proves insightful on a wide range of cannabis topics: from the efficacy of hoop houses (dappled sunlight and wind protection help protect terpenes) to consumer trends during COVID (smaller ticket purchases after initial surge, with flower coming back a bit) to flavor preferences shifting from today’s super-sweet fruity strains toward “those traditional skunky, funky, dank, hard-to-describe weed smells that almost became secondary in the market” in years to come.

In a modern world that prefers boutique over big, perhaps it should not be surprising that very few Santa Barbara residents realize they are neighbors with one of the state’s largest cannabis operations. “We are the number one cannabis brand in vape, and one of the largest, if not the largest, brands by dollar in the state,” explained Al Naser. But he’s clear that Raw Garden isn’t trying to hide anything. In fact, it’s more of the opposite motivation.

“If you’re making medicine for little sick girls and old ladies, which is where our genesis comes from, you don’t want to be boastful or bragging about how cool your stuff is,” he explained. “We really try not to pound our chests too hard about anything. I think that detracts from the product, which should be the main focus.”

Every day, the staff of the Santa Barbara Independent works hard to sort out truth from rumor and keep you informed of what’s happening across the entire Santa Barbara community. Now there’s a way to directly enable these efforts. Support the Independent by making a direct contribution or with a subscription to Indy+.