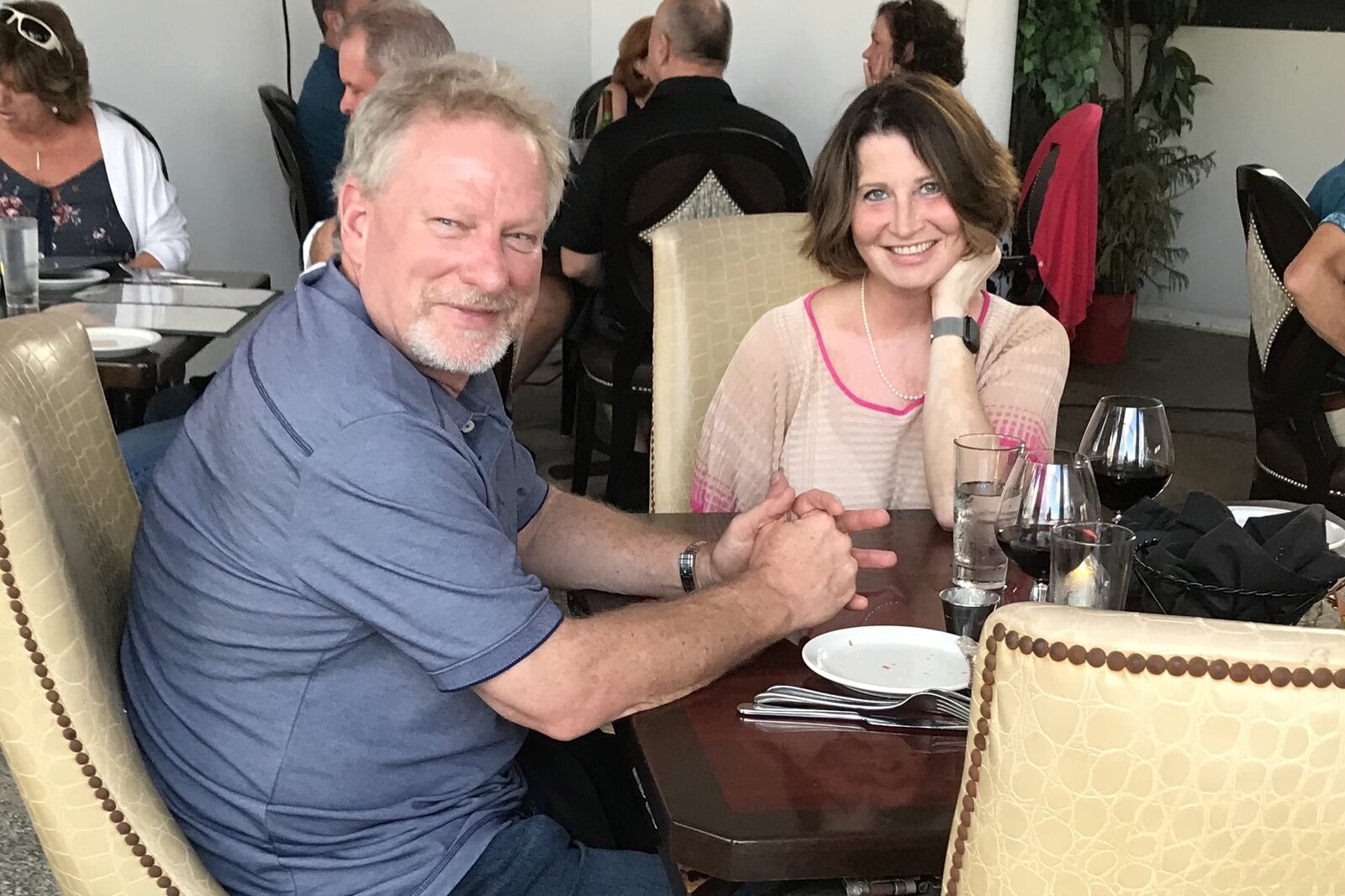 The release of Andy Cox, pictured above with his girlfriend, Deanna Hamilton, comes amid a dramatic shift in perceptions about marijuana and past sentencing practices in the U.S. (Courtesy photo)

Cox, a 57-year-old serving a life sentence for a nonviolent cannabis offense, had underlying health conditions making him more susceptible to the disease and felt that inmates who contracted it were receiving negligent care. He figured that if he became seriously infected, the virus would kill him.

As those fears persisted, a group of Goodwin Procter LLP attorneys working pro bono methodically gathered material on Cox’s situation. For months they scrutinized his health status, COVID-19’s threat to the prison population and what they branded a draconian sentence that Cox received in 2009 for a conspiracy linked to growing cannabis in Georgia. A motion calling for his compassionate release, reducing his sentence to time served, ultimately combined all of those factors.

Part of the argument was „as bad as a life sentence is for a nonviolent marijuana offense,” Goodwin co-cannabis chair Brett Schuman said, „it certainly shouldn’t be a death sentence.”

A federal judge found those arguments convincing in early January, granting Cox’s release and giving advocates another victory in a movement to free prisoners serving sentences for nonviolent crimes linked to cannabis, a drug now legal to at least some extent in more than 30 U.S. states.

Cox’s compassionate release is the second that Goodwin attorneys, in partnership with the nonprofit Last Prisoner Project, have secured for nonviolent cannabis offenders in the past six months.

The wins have come as many efforts seeking the release of inmates amid the pandemic turn into protracted battles, even as COVID-19 continues to wreak havoc in some prisons. Just weeks before Cox was released, 25 of the 38 prisoners he worked with in a kitchen unit at the Atwater, California, federal prison tested positive for the virus, he said.

As bad as a life sentence is for a nonviolent marijuana offense … it certainly shouldn’t be a death sentence. 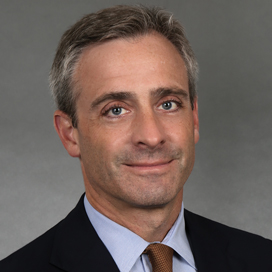 „I was blessed,” Cox, who walked free on Jan. 6 and is now living with his sister in South Florida, said in an interview. „It’s like winning the lottery.”

In the decade leading up to his release, Cox sought to reduce his sentence through various appeals and applied for clemency from the Obama administration. All of the attempts were denied.

But when COVID-19 started posing a threat to U.S. prisons last spring, the Last Prisoner Project, a group advocating for cannabis policy reforms, began putting together a strategy that would seek compassionate release for some inmates at particular risk. Cox, whose case had come to the group’s attention in the fall of 2019, seemed like a sure candidate, said Sarah Gersten, the group’s executive director and general counsel.

Around the same time, Jennifer Fisher, a Last Prisoner Project legal adviser, joined Goodwin. She asked Schuman if the firm would be interested in aiding some of these efforts, prompting attorneys to take on a group of different cases the nonprofit targeted. Gersten said Cox’s case was one of the first she sent to Goodwin in May.

Roughly 10 attorneys began working on a motion for compassionate release, which under the First Step Act of 2018 allows defendants to file a motion directly through their sentencing court. The motion can be filed 30 days after a defendant’s request to a warden is received. A warden first denied Cox’s application in August, according to court documents.

Schuman said that the first months working on Cox’s motion included simply getting „up to speed” with Cox’s sentence and his health status. This included locating Cox’s medical records and spotlighting public information on the COVID-19 outbreak in prisons. Associate Joni Noggle talked with Cox by the phone regularly; however, their contact was mostly limited to 10 minutes per week, according to Schuman.

On Dec. 21, Goodwin issued its motion in the U.S. District Court for the Northern District of Georgia, making the case that a confluence of factors, including COVID-19 and the excessive sentence Cox received nearly 13 years ago, was compelling enough to warrant his release.

The motion highlighted Cox’s history of hypertension and cancer, as well as a family history of heart disease. It also emphasized the dramatic shift in modern sentencing for marijuana convictions, as well as the fundamental change in society’s perceptions about the drug.

Cox was indicted in 2005 for conspiring to plant and cultivate hundreds of marijuana plants around his dad’s property in a national forest with three other men. After fleeing Georgia, he was arrested in 2008 and ultimately decided to take the charge to trial. He received a mandatory life sentence without parole because he had two prior felony convictions for drug trafficking.

Since that sentence, federal legislation has wiped out mandatory life sentences for offenders with at least two prior felonies, Georgia has legalized medical marijuana and the state Legislature introduced a bill to decriminalize it, Goodwin Procter’s motion said.

„Given the change in law, public policy, and societal attitudes, it is highly unlikely that he would receive a life sentence today,” the filing said.

Days later, Schuman contacted the assistant U.S. attorney assigned to the case to push for a nonopposition response. In that conversation, the official noted that there were areas where Cox’s health status didn’t meet necessary criteria for release.

But on Dec. 30, Schuman received good news: the government planned to file a sealed brief consenting to Cox’s release. U.S. District Judge Steve Jones then followed that by ordering Cox’s immediate release on Jan. 5. A day later, he was on a cross-country flight from Los Angeles to Florida.

’I Wish I Could Say It’s Precedent-Setting'

In announcing his sentence in 2009, then-U.S. Attorney David E. Nahmias said that Cox would „have no more chances to poison our communities with illegal drugs” and that a life sentence was a „just punishment.”

Yet in the intervening years, a host of states legalized marijuana medically and recreationally, and the U.S. House of Representatives in December passed a bill decriminalizing it at the federal level. An industry has blossomed, with licensed businesses raking in cash growing and selling products for which many are locked away. Schuman noted lawyers are benefiting financially advising cannabis companies.

The hope of course is that we can get these wins like Andy’s that set a precedent for other marijuana offenders. 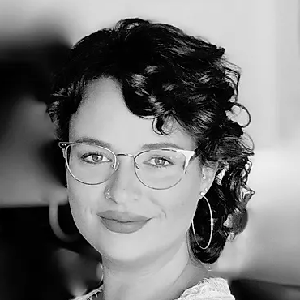 Cox stayed abreast of this environment as he sought clemency during the Obama administration. Some of his friends in prison with similar convictions had their sentences commuted, giving him reason to be hopeful. Still, he said every rejection confirmed he’d probably be in prison for the rest of his life.

„You’re really happy to see people leave but it tears a piece of you up,” he said. „It’s crazy.”

In 2019, the average sentence for marijuana trafficking offenders was 31 months, according to the U.S. Sentencing Commission. Arguments like Goodwin’s are increasingly highlighting the stark disparity in sentence length between average offenders and people like Cox.

„The hope of course is that we can get these wins like Andy’s that set a precedent for other marijuana offenders to use those sets of facts going forward,” Gersten said.

It’s still going to be a long, drawn-out battle, Schuman noted. While it’s significant that the order came in a traditionally red state like Georgia, he said these efforts will continue to move forward on a case-by-case basis.

„I wish I could say it’s precedent-setting and the next motion we bring in another jurisdiction is going to come out the same way,” he said. „But I don’t feel that way. I don’t think the world has changed that much.”

While incarcerated, Cox lost his father and his youngest son. He said he struggled to keep up a relationship with his other two children, who are now in their 20s and live in Atlanta. He’s barred from traveling for another month, but plans to visit them in March. In the meantime, he said he is working on a pineapple farm and has been dating Deanna Hamilton, a woman who was his girlfriend back in high school.

Earning wins like Cox’s has proved difficult over the past year. An investigation from The Marshall Project, a nonprofit covering criminal justice issues, showed that 98% of compassionate release requests at the federal level were denied by wardens between March and May. Of the 40 cases the Last Prisoner Project is involved in that are active, just three have been ruled on, Gersten said.

It’s a fact Cox recognizes as he looks ahead.

„I did leave people behind,” he said. „They have the same nonviolent marijuana convictions and they’re still sitting there.”

Have a story idea for Access to Justice? Reach us at accesstojustice@law360.com.