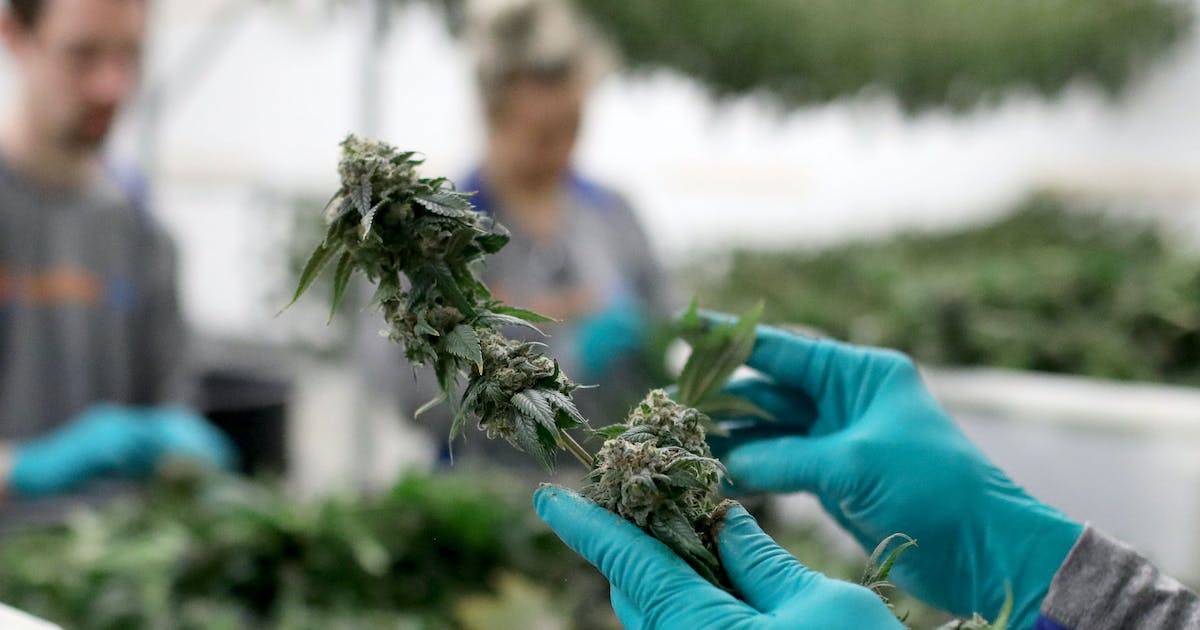 Kim Kelsey said her 29-year-old son Alec has gone from struggling to „thriving” since he started treating his life-threatening seizures with medical cannabis oils.

But over the past five years, the family has sunk $65,000 in cash into his daily treatments, a financial burden that hits even harder as the family business shut down last spring due to the COVID-19 pandemic.

„It wasn’t easy before, but it certainly isn’t easy now,” she said.

Now, Kelsey and other advocates are encouraged by growing support in Minnesota’s divided Legislature for a dramatic expansion of the state’s medical cannabis program, allowing patients 21 and older to purchase the raw, plant form of cannabis and smoke it.

Minnesota’s program, one of the most restrictive in the nation, only allows access to cannabis extracts in the form of more expensive processed liquids, pills and oils. Advocates have argued for years that the ban on cannabis in its most natural form — the raw flower — has driven up costs of the program.

Permitting smoking and a handful of other measures aimed at making the state’s program more accessible have now passed through committees in the DFL-led House and Republican-controlled Senate. It’s a major shift on the issue from just one year ago, when a bill allowing raw cannabis has support in the House but died due to opposition in the Senate.

It also comes as the debate over recreational marijuana is gaining steam at the Capitol, where House Democrats have pushed an adult-use legalization bill through its first-ever legislative committees. Senate Republicans who support expanding the medical cannabis program said during a hearing on Monday that the two efforts should not be linked.

During a nearly two-hour hearing on Monday, supporters testified that allowing adult patients to access raw cannabis could cut the costs of the program in half for some.

On average, Minnesota’s medical cannabis program costs $250 a month for patients and is not covered by medical insurance. Only 0.6% of Minnesota’s population is currently enrolled in the program.

As a former emergency room doctor and now CEO of Vrieo Health, a medical cannabis company, Dr. Kyle Kingsley said allowing the raw flower would drive down costs and provide a safer alternative for patients with pain.

„I’m more convinced than ever that cannabis provides an alternative to opioids and other pharmaceuticals for chronic pain,” he said.

Another proposal would add opioid use disorder to the list of illnesses that are acceptable to treat with medical cannabis. Sen. Chris Eaton, DFL-Brooklyn Center, is carrying the legislation after losing her daughter Ariel to a heroine overdose in 2007.

She admits she was skeptical at first.

„I’ve come from one end to the other on this bill,” she said. „But from what I’ve seen and the research that I’ve read, I have to support this. All that I’ve seen happen with the opioid epidemic, with people’s lives who have been destroyed or lost because of this, this is certainly a much safer alternative.”

But her bill had pushback from some testifiers and lawmakers who note that using medical cannabis to help treat opioid addiction is not yet supported by evidence-based research.

„I know it is well intended, and I know we have a major addiction problem with opioids, but I just cannot vote in good confidence for something that is not evidence-based,” said Sen. Carla Nelson, R-Rochester.

Eaton said she prefers treating opioid use disorder with approved medication, but she’s heard from many people who aren’t comfortable with that option.

„If this would work for some people, which there is some data showing it would, I support this as an alternative,” she said.

Legislation is also gaining traction to reclassify cannabis as a schedule II drug. It’s still currently listed at the state and federal level as a schedule I drug, in the same category as illicit drugs such as heroine and LSD.

Proposals moving in both the House and Senate would require the Minnesota Health Commissioner to ask the federal government for a schedule I exemption for medical cannabis, reclassifying it as a schedule II drug.