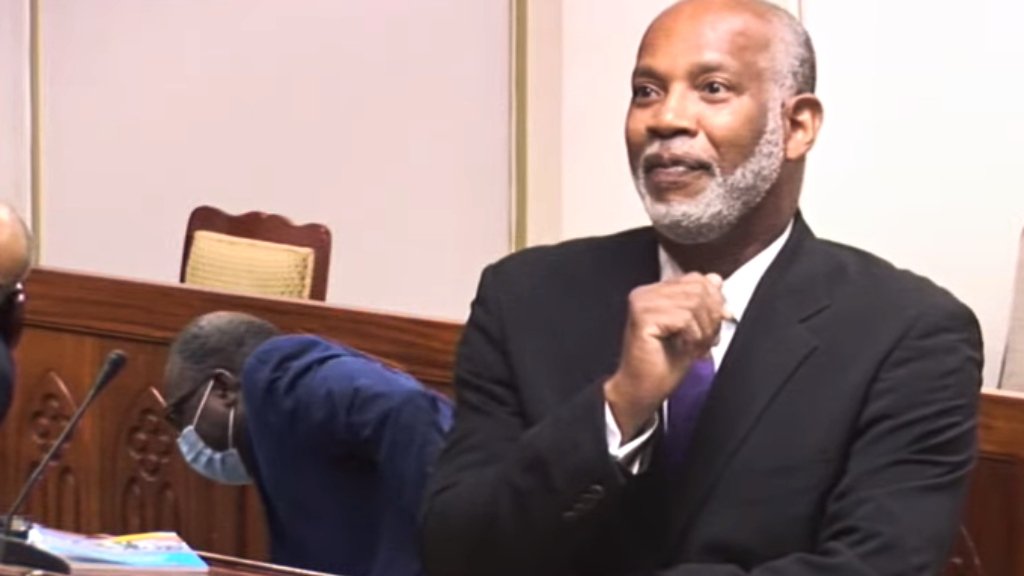 Highlighting that cannabis is useful for therapeutic and economic purposes, the Attorney General thinks it’s high time Barbados turns the corner on how this drug and its users are viewed by society.

Although he believed his words may smoke out a „mixed reaction from some”, Attorney General Dale Marshall was adamant about pinpointing how cannabis can be used to reap positive results. He made his remarks as the Drug Abuse Prevention and Control Amendment Bill 2021 was debated yesterday evening.

Speaking at the 13th sitting of the second session of the 2018-2023 House of Assembly, Marshall pointed out that in Barbados there is still a negative attitude towards individuals who use cannabis. However, it is paramount to keep up with the changing times.

„In Barbados, there is still though an attitude towards cannabis use which seems to condemn individuals as being criminals and the worse of the worst…”

Asserting that his intention was not to dictate what anyone’s stance on cannabis use ought to be, he said, „Those are deeply personal matters, but I am here to bring to this Chamber an initiative that we feel as an Administration is important, not in terms of what our attitude towards cannabis is but our attitude towards the users of cannabis…They say hate the sin, but love the sinner. I think that…perhaps is a good place to begin.”

„I don’t want Barbadians to be criminalized for something that we could otherwise, treat to them for.”

Stating „I don’t use cannabis. I’m happy to say I never used…but there is a generation of our young men and women” at university and secondary school levels who have experimented with marijuana, the AG went on to assert that we cannot turn a blind eye to the fact that cannabis use is not even seen as drug use in some spheres. Having seen various situations in regional islands and in Canada, he said that „It [marijuana use] takes on a whole other aspect.”

Therefore, he said, „what is important though has to be the recognition that criminalizing cannabis use is not necessarily the solution for us…”

Looking at the Act, he said that it establishes „that the possession of cannabis is a criminal offence, plain and simple, and it is to be visited by the harshest of penalties. But in the same way we recognize that things change in our society, we have to ask ourselves, is this the appropriate approach in 2021 for our young men and women?” he asked.

Marshall noted that the first known use of cannabis was for therapy but explained that sometime later in history the drug was associated with deviant behavior.

„History and research show that cannabis a far back as a hundred or more years ago has been seen as therapeutic such as cerasee bush, wonder of the world and all kinds of things.

„At some point in time, the view of the international community began to see cannabis in a negative light and as a pernicious drug in itself. They also saw it as being a gateway drug to other drugs. That is the attitude that has dominated the legal landscape not just in Barbados but for most of the Caribbean and many other countries across the world.”

He added that persons have been more accepting of the drug in recent times because it has been proven to be „useful” to aid certain medical conditions.

„In recent times however there has been a shift in the prevailing winds as far as cannabis use is concerned. And that shift comes from many directions. It is now accepted that cannabis is an aid to certain medical conditions. There were early reports that cannabis use was very helpful to those individuals who had to take the HIV cocktail.”

Marshall further went on to explain that cannabis can not only be used for therapeutic purposes but a means of economic growth. He revealed that government has been seeking consultation on this matter and are not „embarrassed” for going in that direction.

„People and that includes Barbados are now looking at the whole area of medicinal cannabis as not just a good thing in itself but as an opportunity for economic advancement and enfranchisement.”

Therefore, he urged: „It is important for the state to provide economic opportunity and economic enfranchisement. Medicinal cannabis is a well-respected and precious opportunity. We are not at all embarrassed that we are going in that direction. We had consultation on it and so on. „