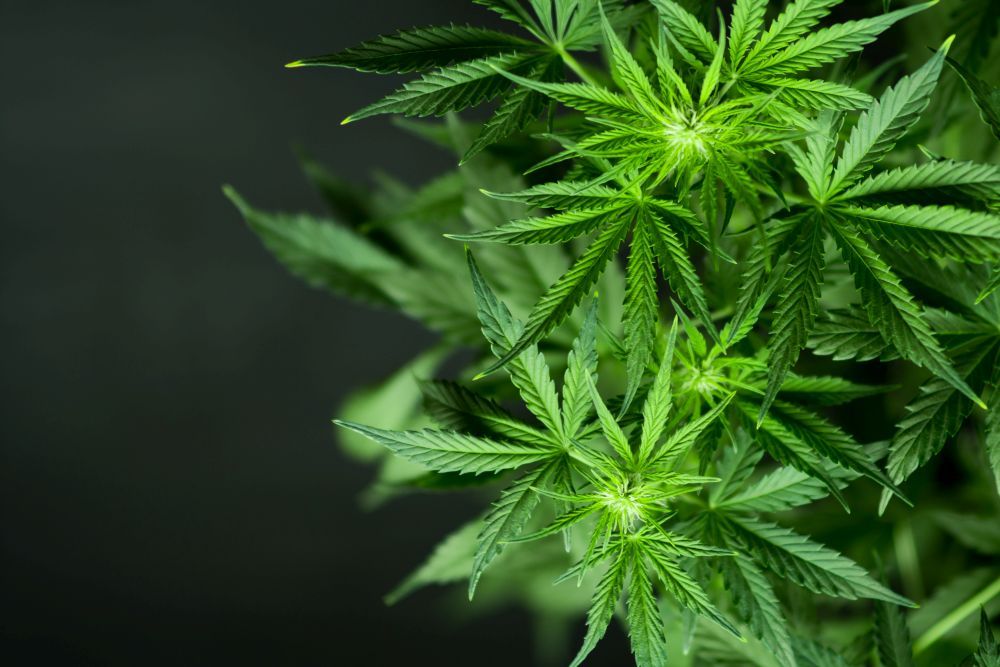 “Mr Green” is a 39 year-old African-American male with a history of chronic schizophrenia, cannabis use disorder, and alcohol use disorder. He started smoking cannabis almost daily at age 20. When he was 22, he was in a motor vehicle accident while under the influence of substances and suffered a head injury. Several months later, he was hospitalized for a first episode of psychosis (FEP). Thereafter, he participated in a long-term antipsychotic clinical trial.

For more than a decade, he has been maintained on a long-acting injectable antipsychotic and is adherent with appointments. He tends to get paranoid during stressful times, but he has not had any subsequent psychiatric hospitalizations. However, he has continued to use cannabis regularly—daily to weekly—for almost 20 years. Although he worked prior to the onset of his psychotic disorder, he has since been chronically unemployed. He lives at home with his parents, has never married, and does not have any children. He remains precontemplative regarding the need for treatment for alcohol and cannabis use disorder.

Mr Green’s case is (sadly) all too familiar for clinical practitioners in psychiatry. Substance use comorbidity in psychotic disorders has been described as the rule rather than the exception, and it is often deleterious to the clinical course of illness.1 Cannabis (marijuana) is one of the most commonly used substances by patients with schizophrenia and related psychoses. Modulation of the endocannabinoid system by the main psychoactive component in marijuana, Δ9-tetrahydrocannabinol, can induce acute psychosis and cognitive impairment.2 Over the past 2 decades, there has been extensive research on the association between cannabis and psychosis.

To better understand the relationship, it is important to synthesize recent research—through the lens of systematic quantitative reviews—including associations between cannabis and psychosis risk; the epidemiology and phenomenology of psychosis and comorbid cannabis use; associations between cannabis use and clinical course; and outcomes in psychosis. Dichotomous outcomes are reported as odds ratios (OR) with 95% confidence intervals (95% CI). Continuous measures are reported as effect sizes (ES), where an ES of 0.2 is small, 0.5 is medium, and 0.8 is large.

Furthermore, a recent comprehensive review by Farris and colleagues,6 which included 36 studies, found a 26% current and 49% lifetime prevalence of cannabis use, and a 15% prevalence of CUD in those at clinical high-risk for psychosis.

Semple and colleagues8 performed a meta-analysis of 7 case-control studies of cannabis use and risk of psychotic disorder. They found that cannabis use was associated with an almost 3-fold increased odds of psychosis (OR=2.9, 95% CI 2.4-3.6), with evidence that early cannabis use may confer even greater risk for psychosis outcomes. In a meta-analysis of 7 studies, Moore and colleagues,9 found a significant increased risk of any psychotic outcome in participants who had used cannabis (OR=1.41, 95% CI 1.20-1.65), with an even greater risk in those who used cannabis most frequently (3 studies = daily, 1 study each = weekly, >50 times, and cannabis dependence; OR=2.09, 95% CI 1.54-2.84).

Marconi and colleagues10 also investigated the magnitude of the dose-response relationship between cannabis use and risk of psychosis. In a meta-analysis of 10 studies (n=66,816), there was a significant, almost 4-fold increased odds of psychosis among the most severe cannabis users compared to non-users (OR=3.90, 95% CI 2.84-5.34).

Epidemiology of Psychosis and Comorbid Cannabis Use

In a meta-analysis of 35 studies (n=5540), and found a 16% current and 27% lifetime median prevalence of CUD in patients with schizophrenia.12 The median prevalence of CUD was higher in FEP versus those with long-term schizophrenia (29% versus 22% for current, and 44% versus 12% for lifetime use). CUD was also more prevalent in studies with male predominance. A more recent systematic review of 69 studies in community and clinical settings found a 26% prevalence of current or lifetime cannabis use (36% in FEP samples).13

Myles and colleagues14 analyzed prevalence data on current cannabis use in FEP. In 10 samples, the pooled estimate for the time between initiation of regular cannabis use and onset of psychosis was 6.3 years. In 35 samples, the estimated prevalence of cannabis use at FEP was 34% (95% CI 31-39%), consistent with findings from an earlier meta-analysis.12 In 19 samples, cannabis use at follow-up (between 6 months and 10 years after FEP) declined about 50% over time (OR=0.56, 95% 0.40-0.79).

Psychopathology and Cognition in Comorbid Psychosis

Yucel and colleagues20 conducted a meta-analysis of 10 studies (n=572) of the association between cannabis use and cognition in schizophrenia. They found significant better global cognition (ES=0.55), processing speed (ES=0.65), visual memory (ES=0.45), planning (ES=0.67), and working memory (ES=0.64) in individuals who used cannabis in their lifetime but not current/recent use . The association between better cognitive performance and cannabis use in schizophrenia may be driven by a subgroup of patients with less cognitive impairment who developed psychosis after a relatively early onset of cannabis use.

Clinical Course and Outcomes in Psychosis

The duration of untreated psychosis (DUP) is a predictor of outcome in FEP. Burns22 analyzed 7 studies (n=1453) of DUP and cannabis use in FEP, 39% of whom were cannabis users. He found a non-significantly shorter DUP in those who used cannabis versus those who did not (28.4 vs 29.3 weeks).

As summarized in the Table, there are robust associations between cannabis use and psychosis risk, with evidence for a dose-response relationship, which supports the plausibility of a causal association. Comorbid cannabis use is highly prevalent in psychosis (especially FEP, with declining use over time), with strong evidence for an earlier age of onset of illness, as well as effects of psychopathology and cognition. In patients with psychosis, continued cannabis use is associated with antipsychotic nonadherence, illness relapse, and longer hospitalizations. These findings raise the possibility of a dose-response relationship between current cannabis use and transition to psychosis. Findings suggest that targeting cannabis use during the UHR period may confer significant benefits on long-term outcomes. Continued cannabis use is also a potential target for intervention to improve antipsychotic adherence and other outcomes in patients with psychosis. Future research in this area is clearly warranted to elucidate mechanisms and novel treatment strategies for relevant populations.

Dr Miller is professor in the Department of Psychiatry and Health Behavior, Augusta University, Augusta, Georgia. He is on the Editorial Board and serves as the schizophrenia section chief for Psychiatric TimesTM. The author reports that he receives research support from Augusta University, the National Institute of Mental Health, the Brain and Behavior Research Foundation, and the Stanley Medical Research Institute.

3. Linscott RJ, Van Os J. An updated and conservative systematic review and meta-analysis of epidemiological evidence on psychotic experiences in children and adults: on the pathway from proneness to persistence to dimensional expression across mental disorders. Psychol Med. 2013;43:1133–1149.

samples of patients with schizophrenia: A meta-analysis. Schizophrenia Bulletin.

substance use in schizophrenia spectrum disorders in community and clinical settings, 1990–