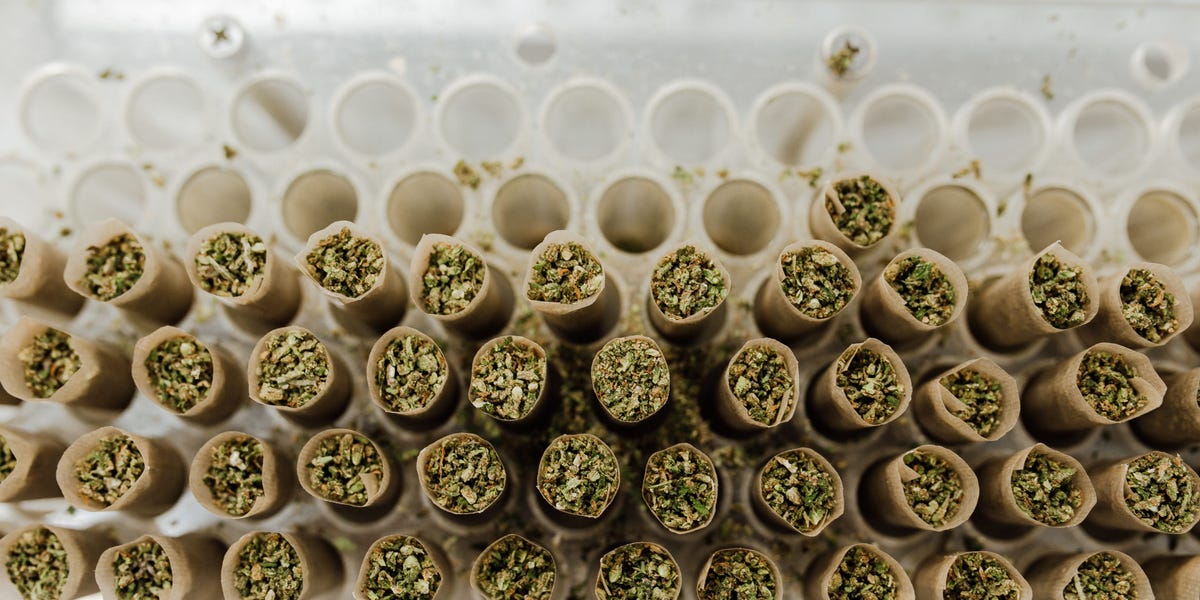 Welcome to Insider Cannabis, our weekly newsletter where we’re bringing you an inside look at the deals, trends, and personalities driving the multibillion-dollar global cannabis boom.

There were lots of major, market-moving deals in the industry this week — and with Mexico becoming the fourth country (and the one with by far the largest population) to legalize cannabis, there’s lots of room to be optimistic about the future.

British American Tobacco agreed to pour $175 million into a 20% stake of Canadian cannabis producer Organigram, a portend of future tobacco and cannabis tie-ups, according to analysts. I spoke with Organigram’s CEO, Greg Engel, about the deal yesterday.

He told me that while the focus is on US CBD — that’s so far the largest legal addressable market – he said „the majority of the work we do is transferrable to THC.”

„We’re tackling the big near-term market opportunity first, and then we’ll be able to pivot,” Engel told me.

In other news, Curaleaf is the first US cannabis company to push into Europe, agreeing to pay $285 million, mostly in stock, for EMMAC Life Sciences. You can read my story on Curaleaf’s international ambitions here.

Last, despite all the room for optimism, the cannabis industry is still reeling from the effects of overly ambitious growth.

We got the scoop on Acreage Holdings cutting 11 senior employees from its corporate office earlier this month. And Canopy Growth is laying off 75 employees and closing its facility in Denmark.

As a reminder, if you want to get in touch with a confidential tip, reach out to us at jberke@insider.com, or ylee@insider.com. Signal number for encrypted messages upon request.

The layoffs included several senior employees, such as the director of compliance and VP of communications, among others. The move was billed as a corporate-wide restructuring effort, the people said.

Curaleaf will become the first US cannabis company to expand into Europe through its acquisition of European cannabis company EMMAC Life Sciences in a $285 million deal. CEO Joseph Bayern told Insider he believes Europe will evolve to become a cannabis market that will rival the US.

Within the past two years, around half a dozen universities have established centers focused on researching the use of psychedelic substances as medical treatments. The trend, researchers say, is in large thanks due to increasing evidence around the compounds as well as wealthy philanthropists have caught the „psychedelic bug.”

Seth Rogen Is All Fired Up (New York Times)

For Nearly a Year, Teenagers Have Been Robbing Portland Dispensaries. Then Somebody Shot a Budtender. (Willamette Week)