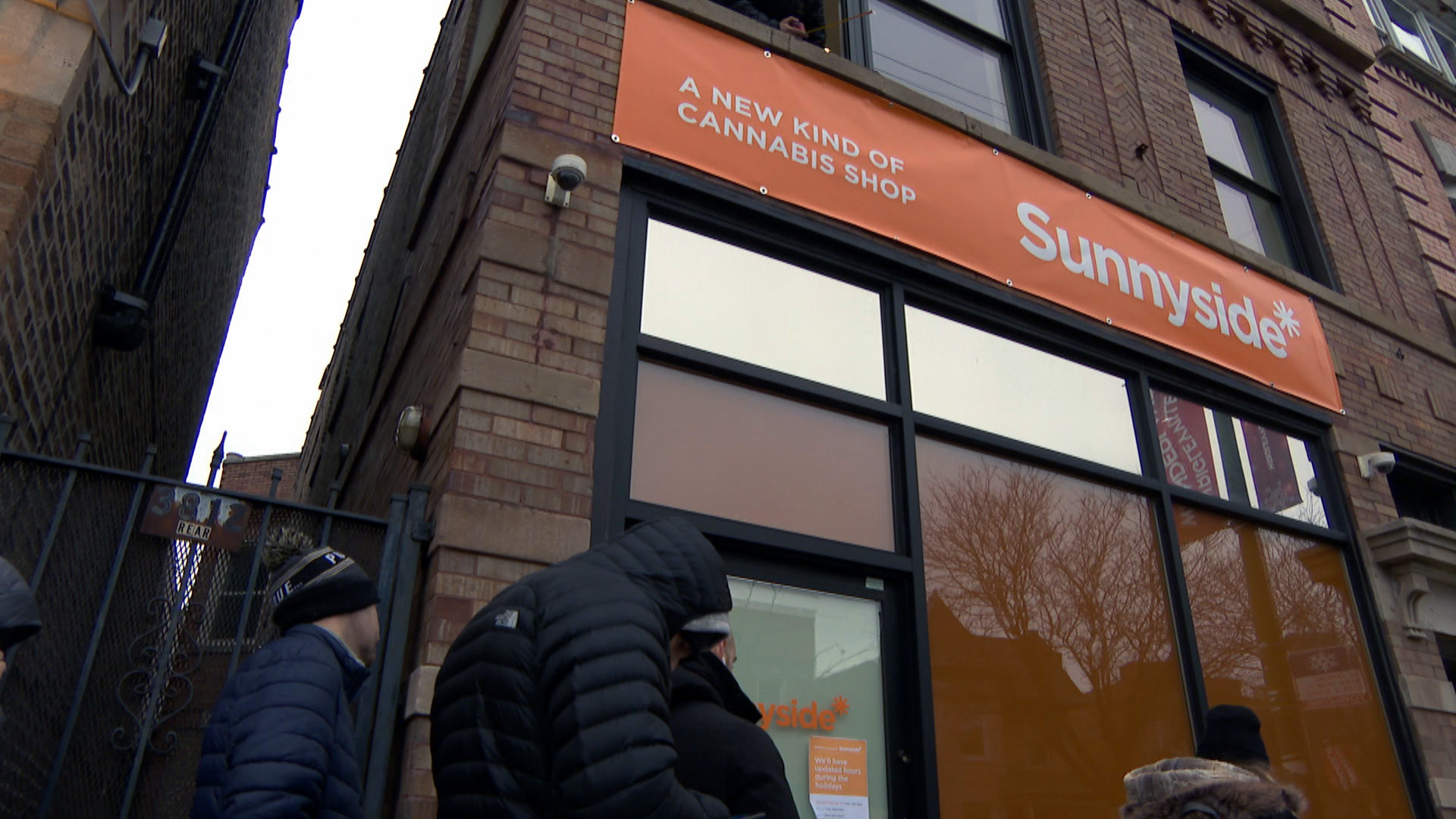 When recreational marijuana was legalized in Illinois more than a year ago, Gov. J. B. Pritzker’s stated goal was to use the burgeoning cannabis industry to reverse the harm done to primarily Black and brown populations during the war on drugs.

However, those profiting from pot sales in Illinois have been nearly all white men, a problem Pritzker hoped to fix by awarding social equity dispensary licenses. That effort has been hampered by lawsuits and criticism of the scoring process.

Pritzker hoped to address some of those problems with House Bill 1443, which he signed into law this week. But Chicago State University cannabis educator Deborah Dillon says the legislation presents new problems.

“I think that the process as it was originally designed, where they were going to be two lotteries — one for the veteran-led teams and one for the non-veteran led teams — was going to be the perfect solution,” Dillon said. “However, as a result of HB1443 it seems that the veteran-led teams have three bites at the apple as opposed to just two since they’ve added a third lottery.”

Richard Wallace is the founder and executive director of Equity and Transformation Chicago, a nonprofit that fights for social and economic equity for Black workers in informal work. He says cannabis equity means not only seeing Black Illinoisans get financial stakes in the cannabis industry — it means fighting for reparations for the war on drugs.

“We are currently organizing two campaigns that I think answer some of the questions that are still not been answered,” Wallace said. “One of them is a guaranteed income pilot project for system-impacted folks. Really to try to predict what are some ways that we can answer the question of how we get direct cash payments to survivors of the war on drugs. … We need to ensure that we center [survivors of the war on drugs] in our policy efforts, and that means acknowledging the gross violations of human rights that occurred during the war on drugs. That means demanding direct cash payment to those who are affected by the war on drugs. And it’s also a commitment to guarantee that the harm won’t occur by reviewing the policies that created the crisis in the first place.”

Dillon adds that part of the process of repairing the damage done by cannabis convictions means offering those affected a path forward.

“I want the public to keep in mind that 500,000 cannabis-only arrest felons, their arrest records were expunged, but there was no provision in HB 1443 that would provide any type of training, any type of job development, any type of assistance to those 500,000 people who were arrested for low-level plan of cannabis possession. I think that that’s reprehensible,” she said.

But Wallace says he is optimistic about the future prospects for equity in the cannabis industry, as long as the state is committed to seeing it through.

“Democracy demands rigor and it has to be an additive process,” he said. “HB 1438 provided a strong foundation. I think what we have to do now is really think about where are the issue areas and then repair those issue areas … folks weren’t around in 2018 when we first got engaged in this campaign. It looked nothing like it did today and I think what we have today was part of the dream … but it’s still far from the North Star. So we have a lot of work to do still.”