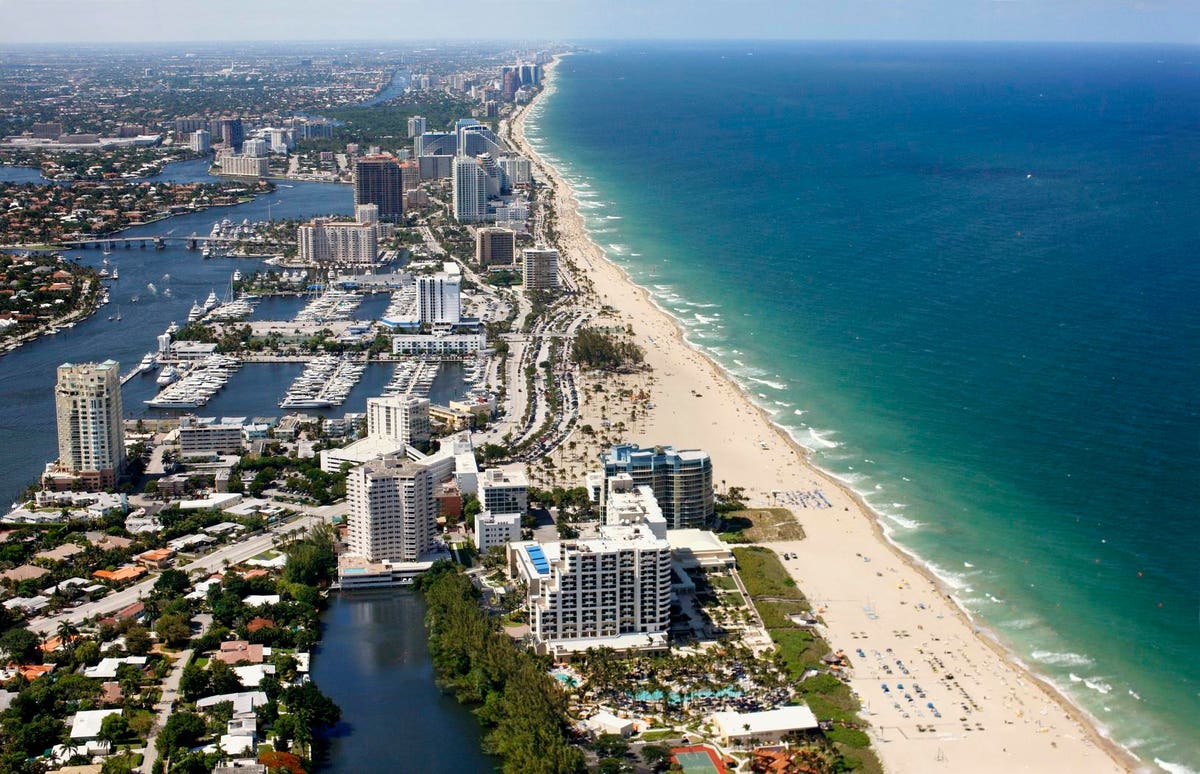 A battle is being waged over Florida’s $1 billion dollar cannabis market.

The Sunshine State, which legalized medical marijuana in 2014, is the third largest cannabis market in the country by annual sales, behind only California and Colorado, which generated nearly $4 billion and $2 billion in annual sales last year, respectively. And the largest U.S. cannabis companies are duking it out and going after the market leader, Trulieve, which controls about 50% of the market.

Brady Cobb, a cannabis entrepreneur who co-founded Florida cannabis operator Bluma Wellness and sold it to Chicago-based Cresco for $213 million in April, says companies are engaged in a price war that is getting out of control.

“There’s a race to the bottom from pricing standpoint as these companies try to get consumers in the store,” Cobb says. “Every day there’s a deal coming out offering 30% off flower, 25% off concentrates, 25% off vapes. It’s almost to the point if you got blonde hair and green eyes on Tuesday, you get 20% off.”

Cobb, whose father was a big cannabis smuggler before getting arrested in the 1980s, says Florida has always been one of the country’s largest marijuana markets, legal or not. But since the state legalized medical use seven years ago, it quickly became the country’s third-largest market and competition has been heating up.

“If you look at Florida, given the limited licenses and the requirement that companies need to be vertically integrated, it was set up to be a battleground state for the U.S. multi-state operators,” says Cobb.

Curaleaf, which is based in Massachusetts and founded by billionaire Boris Jordan, is aggressively discounting its prices. Jordan, the company’s chairman, assured analysts during its second quarter earnings call that the price war in Florida is not hurting the company’s margins in the state.

“It hasn’t affected our margin at this point in time, but there’s definitely competition for market share in Florida,” Jordan said. “The main operators, Trulieve, Curaleaf, and AltMed, and Surterra [Parallel] all seem to be competing for the top spot. But I do think that that isn’t going to get out of hand in any way. I want to reiterate the margins are still very strong.”

Matt McGinley, an analyst who covers cannabis at Needham, says the market is not likely to cool down any time soon.

“Given the size of the population in Florida, the broad list of qualifying conditions, and availability of most form factors, it is very likely to continue to be the largest medical cannabis market in the U.S. over the next few years,” he says.

Over the last year, a rash of companies have expanded to Florida to build a business in one of the country’s largest cannabis markets.

Gilbert Anthony Milam Jr., the hip-hop artist and cannabis entrepreneur known as “Berner,” is building a 400,000-square foot indoor cultivation facility in the state and a chain of dispensaries, with a focus on the Miami-area.

Berner says his company Cookies is not attempting to dominate Florida, but he says Cookies, which is known for its high-end genetics, will have no problem competing in a market that he says is characterized by mid-grade herb.

“The current operators out there haven’t been doing the best job offering quality flower,” says Berner. “I think anyone that brings quality cannabis to the table in Florida will succeed.”

The expansion to Florida marks the first time Cookies, which Berner co-founded with his partner Jai Chang in San Francisco, has purchased a license to grow outside of California. Berner says his company owns smaller cultivation sites in Humboldt County, California, but the Florida site will be the company’s first “mega production facility.”

Earlier this month, Planet13, a public company that runs a mega-sized marijuana store on the Las Vegas Strip in Nevada, announced that it will spend $55 million on a license to enter the Florida market.

Earlier this year, Ayr Wellness closed on a deal to buy Liberty Health Sciences’ operations in Florida in an all-stock deal valued at more than $400 million. Jonathan Sandelman, the chairman and CEO of Ayr, says that he decided to enter the Florida market for a couple of reasons, but he believed if his company didn’t move quickly, it would’ve missed an in opportunity in one of the country’s strongest markets.

“I decided that there’s going to be a Florida land grab,” he says. “I don’t believe every town is going to have 10 marijuana stores. It’s unlikely, right? So, I said to my team, we got to move now.”

The company also moved its headquarters from New York to Miami.

Sandelman said that they will get each of their 40 dispensaries to generate $4 million per year per store by the end of 2022 and that Florida will be key to the company’s cashflow and profitability. Sandelman believes that his company’s Florida operations, which he plans to expand from 40 stores to 65 stores, will balloon to the size of his $1.37 billion market cap company today. “I believe, a year from now, the Liberty asset, if it was a standalone asset, would be worth the total market cap of the Ayr today,” says Sandelman.

But it’s not just newcomers who are expanding their footprints. Curaleaf, which has 37 retail locations throughout the state, is also rushing to open as many stores as possible. The company plans to have a total of 60 dispensaries by the end of 2022.

Joe Bayern, the company’s CEO, said during the same earnings call that Florida is getting more competitive. “We want to make sure that we’re preparing ourselves to compete as effectively as possible,” said Bayern.

But the elephant in the room is Trulieve. The state’s juggernaut boasts control of nearly 50% of the market and has sold 1.15 million ounces of cannabis flower year-to-date, out of a total of 2.31 million ounces sold by all the cannabis companies in Florida combined. During the same period, Parallel, which is run by billionaire Beau Wrigley, only sold 194,469 ounces while Curaleaf sold 255,719 ounces. Trulieve is the market leader and has been selling on average one ton of cannabis flowers every week.

Kim Rivers, the CEO of Trulieve, says she’s not taking her eye of the country’s third-largest market even though it expanded to West Virginia and Georgia and announced a $2.1 billion merger with Arizona-based company Harvest. Trulieve boasts the most dispensaries in the state, currently at 92 locations.

“Florida is where we were founded and where our headquarters has always been and we’re certainly continuing to focus on Florida,” Rivers says. “And we are continuing to invest in infrastructure in Florida, and we’ll continue to do so….”

Rivers says her competitors have been aggressively waging a price war, which she doesn’t think is sustainable. Rivers says Trulieve has been competing with prices but noted it’s not a blind race to bottom.

“We’re pretty specific and understand down to the [product] level, what we’re doing, what we believe the effect of that will be and then determining whether or not it makes sense on a go-forward basis,” she says. “It’s important to certainly take stock of what the competition is doing, but also, of course, to be very disciplined in terms of your own business strategy.”

Rivers also doesn’t see the growth in Florida slowing down any time soon.

“When we think about the future catalyst ahead in Florida, and we think about it going recreational and having the ability to sell to 130 million tourists every year, the opportunity is significant,” he says. “I don’t believe that there’s another market like it currently in the in the U.S.”

The idea that Florida will flip to an adult-use market and double the size of the market is exciting, but the short-term hopes have been dashed by the state Supreme Court, which invalidated a proposed ballot measure to legalize adult-use pot in April. Recreational use is now likely a couple years away, says McGinley, who says it probably won’t happen until 2024.

Joe Caltabiano, who co-founded Cresco but left the company in 2020 to run a cannabis SPAC, says the state’s pro-business culture and loosening marijuana laws is also working to attract more cannabis businesses and entrepreneurs.

Data shows that Florida has seen a surge in people moving to the state during the pandemic. But even anecdotally speaking, it seems like everyone in the cannabis space is moving to Florida.

“I was joking with someone the other day that, you know, I feel like we could have a cannabis CEO conference in Florida because everyone seems to be here now,” says Rivers.