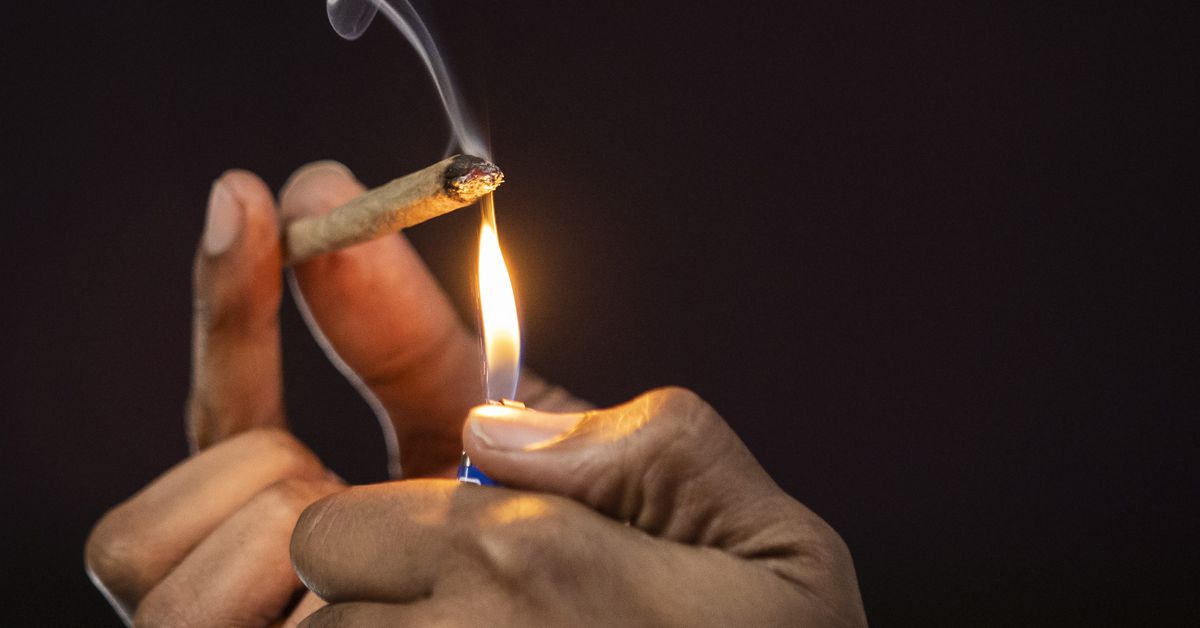 A bill introduced in Springfield last week that would limit the key mind-altering ingredient found in legal pot products has drawn swift pushback from both cannabis advocates and an influential trade group.

State Rep. Mark Batinick, R-Plainfield, said he introduced the bill ahead of a filing deadline at the behest of the Illinois State Medical Society, whose members have concerns about potency and the “skyrocketing” number of cannabis-related calls received by the Illinois Poison Center.

Those calls jumped from 487 in 2019 to 743 in 2020 — when cannabis was fully legalized — and then climbed to 855 last year. Many were related to the consumption of pot-infused edibles, the poison center reported.

Batinick’s proposal would cap the amount of THC in cannabis flower at 10% and set a 15% limit for concentrates and infused products. Pam Althoff, executive director of the Cannabis Business Association, believes that such regulation would be unprecedented — and a burden on weed producers.

“It’s almost impossible, practically, to be able to do this,” added Althoff, who believes lawmakers should instead be focused on regulating alternative hemp-derived cannabinoids, like Delta-8 and THC-O, that don’t face the same stringent testing and oversight as legal weed products.

Many shoppers currently make purchases based on THC content, and legal pot products found on dispensary shelves are typically far more potent than the proposed levels. Many marijuana flower strains have 20-30% THC. But at least one concentrated cannabis product currently available at a Chicago dispensary has a listed THC value of more than 80%.

While Batinick said the bill was merely filed “more from a discussion standpoint” and “isn’t necessarily going to move,” he noted it’s already led to some “nasty emails” from critics.

That’s not terribly surprising since the National Organization for the Reform of Marijuana Laws, the nation’s oldest cannabis lobbying entity, blasted out an email Tuesday urging supporters to contact lawmakers to express opposition to the bill.

“If passed, this bill would significantly limit access to stronger forms of cannabis, with the most detrimental impacts falling on those who rely on marijuana for its medicinal properties,” the email said. “Just as conventional medicines are readily available in a variety of strengths and potencies in order to meet individual patients’ needs, medicinal cannabis and regulated products in general should be available in varying potencies and formulations.”

The email noted that weed can’t cause lethal overdoses. NORML further warned that THC caps would limit access to medical cannabis and drive more consumers into the already thriving black market, a concern shared by Althoff.

Batinick insisted the bill “isn’t meant to affect medical marijuana at all” and said he’s merely looking to “find balance and keep people safe.” What’s more, he acknowledged the proposal is subject to change: “Nobody’s usually perfect on their first swing.”

The medical society acknowledged it will be difficult to get the legislation passed: “At the direction of our membership, ISMS requested this legislation be introduced,” spokeswoman Jann Ingmire said. “However, we know it faces an uphill battle.”

State Rep. La Shawn Ford, a Chicago Democrat who sponsored recent legislation that overhauled the legalization law, said he’s open to having a conversation — even though he thinks the current version of Batinick’s bill is a “nonstarter.”

“I think that it advances the conversation as we go forward,” Ford said. “These are the type of discussions that we need to have. It’s definitely a concern of some people, so we should be dealing with it. But that doesn’t mean it passes.”