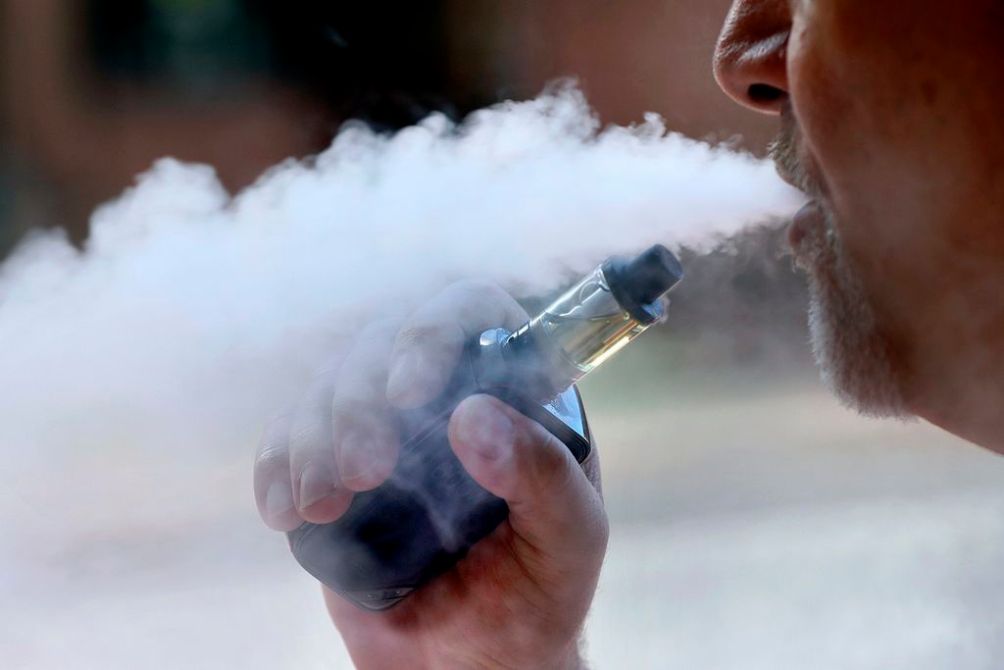 In response to widespread complaints from parents about minors who have become sick after vaping or eating products labeled as containing hemp, undercover Berks County detectives went to vape-and-tobacco shops dotting the greater Reading metropolitan area to see if some of the products for sale were legal in Pennsylvania.

And many were not, with THC levels higher than the legal limit.

Hemp consists of the stem portion of the cannabis plant and, unlike marijuana, is not considered a controlled substance in Pennsylvania.

What the shops were selling, however, is not hemp, at least according to state regulation, Berks County District Attorney John T. Adams said in a press conference this afternoon announcing the results of the ongoing investigation by his Berks County Drug Task Force.

The task force received numerous complaints and tips regarding several vape/smoke shops in Berks selling illegal substances causing the users to become sick or intoxicated, Adams said. Some of the complaints came from the parents of minors who consumed these products.

The investigation revealed items marketed and sold as containing hemp or hemp derivatives do not meet the legal threshold standards established by the Pennsylvania Department of Agriculture.

To be classified as hemp under the Industrial Hemp Research Act, a product cannot contain more than 0.3% of a concentration of delta-9 tetrahydrocannabinol, also known as THC, the psychoactive ingredient in marijuana.

Any product containing a THC concentration greater than 0.3% or contains any other THC isomers is classified as a Schedule I controlled substance under the state’s Controlled Substance, Drug, Device and Cosmetic Act. The possession or distribution of such products is illegal.

The products tested all had limits over 0.3%.

As part of the Drug Task Force investigation, products such as vaping liquid, vegetable matter, and edibles were purchased and seized by undercover detectives from the establishments.

These products were marketed as Delta-8 and Delta-10, which is a Schedule I controlled substance, under the Controlled Substance, Drug, Device and Cosmetic Act. Detectives seized a total of approximately 1,700 products/units with an estimated total value of approximately $85,000.

Adams has decided that those in possession of or selling the products identified as containing a Schedule I controlled substance may choose to cooperate with law enforcement in lieu of criminal charges.

Cooperation includes the immediate surrender of the illegal products from the establishment and ceasing of any future sales of such products.

Detectives visited 14 shops and all the shops turned over the products. No charges were filed.

Should the sale of these products resume, he said, charges could be filed.

Additional penalties may be imposed for any subsequent offenses.

During this investigation, all store owners did cooperate with law enforcement, the DA said.