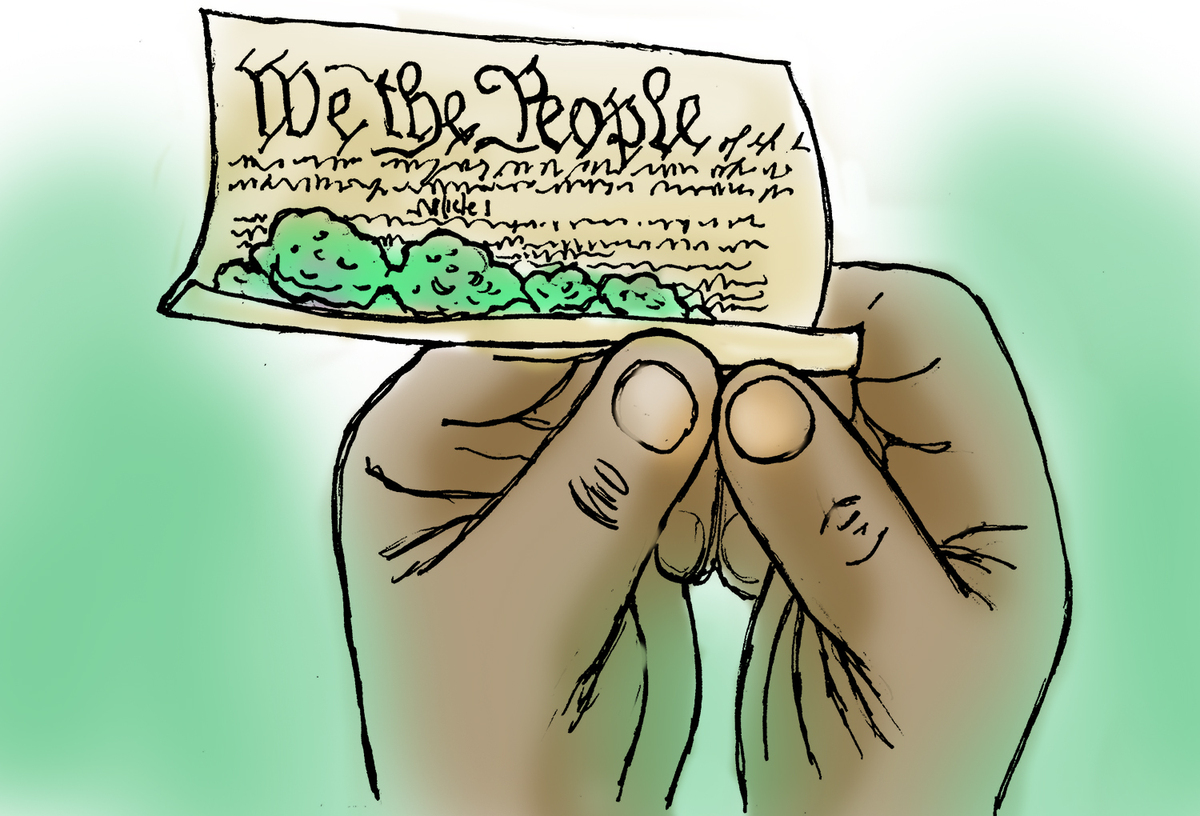 The BDN Opinion section operates independently and does not set newsroom policies or contribute to reporting or editing articles elsewhere in the newspaper or on bangordailynews.com.

Alex McMahan is a member of the Maine Cannabis Industry Association legislative committee and the CEO and cofounder of The Healing Community MEDCo.

LD 1957 became law this week. While it does not change how cannabis is tracked, nor does it impact rulemaking, it does signal a shift from a mindset of illegal “marijuana” sales to a legal cannabis marketplace.

When I’ve testified on cannabis laws on behalf of the Maine Cannabis Industry Association and MEDCo, I have always used the word cannabis, except when referring to statutory references such as “marijuana products” or “the Maine Medical Marijuana Program.” This has always been a quite intentional choice of words.

The word cannabis is the scientific name, or genus, of the cannabis plant, and therefore the accurate word. The word marijuana is a word invented by the United States government to generate a stigma around cannabis.

According to Oxford English Dictionary, the word marijuana may have originally come from the Aztecan word mallihuan, meaning “prisoner.”

The word marijuana first appeared in literature in an 1873 book titled “The Native Races of the Pacific States of North America” and initially referred to a type of tobacco used by what the book refers to as the “wild tribes of Mexico.”

It wasn’t until the 1930s that the use of the word marijuana became widespread. It is generally accepted that the word was chosen by opponents of the cannabis plant as a way to make the plant sound foreign and scary. This of course was the beginning of nearly a century of stigmatization, led by Harry Anslinger, head of the brand new Federal Bureau of Narcotics (a precursor to the Drug Enforcement Administration). Anslinger was a known racist and propagandist, saying such horrible and inaccurate things as, “marijuana is an addictive drug which produces in its users insanity, criminality, and death,” a single marijuana cigarette could induce a “homicidal mania,” and referring to minorities as “degenerate races.” Many states succumbed to the widespread disinformation campaign initiated by these awful opponents of cannabis and began passing laws prohibiting cannabis.

This disinformation campaign was carried on until very recently in American history. President Richard Nixon’s domestic policy chief, John Ehrlichman, was famously quoted as saying in an interview, “You want to know what this was really all about? The Nixon campaign in 1968, and the Nixon White House after that, had two enemies: the antiwar left and black people. You understand what I’m saying?” Ehlichman told journalist Dan Baum in 1994. “We knew we couldn’t make it illegal to be either against the war or black, but by getting the public to associate the hippies with marijuana and blacks with heroin, and then criminalizing both heavily, we could disrupt those communities. We could arrest their leaders, raid their homes, break up their meetings, and vilify them night after night on the evening news. Did we know we were lying about the drugs? Of course we did.”

The word marijuana officially became a piece of federal law with the passage of the Marihuana Tax Act of 1937, which effectively made cannabis illegal in the United States. This lasted until 1969 when the Supreme Court ruled the act to be unconstitutional, only for cannabis to be prohibited again in 1970 by the passage of the Controlled Substances Act.

To no surprise, racism has been evident in the enforcement of these laws. Not only is the word marijuana evidence of racism, many of the charges attached to drug law offenders today are also evidence of racism. According to research conducted by the ACLU, enforcement of marijuana laws demonstrates clear racial bias. The ACLU research finds that while “marijuana use is roughly equal among Blacks and whites, yet Blacks are 3.73 times as likely to be arrested for marijuana possession.”

Maine was the fifth state in the nation to legalize medical cannabis marking the beginning of the end of the unethical drug war. The State of Maine continues to set a positive example for the nation by transitioning from the word popularized to create a stigma to the accurate, scientific name. With our modern understanding of the racist motives of the drug war, there is no reason to continue to vilify users of psychoactive compounds, or those people who have been caught with such compounds in the past.

The recent enactment of LD 1957 scrubs these atrocious relics of racism from our law books, evidence that the sun still rises first in our great State of Maine.

More articles from the BDN