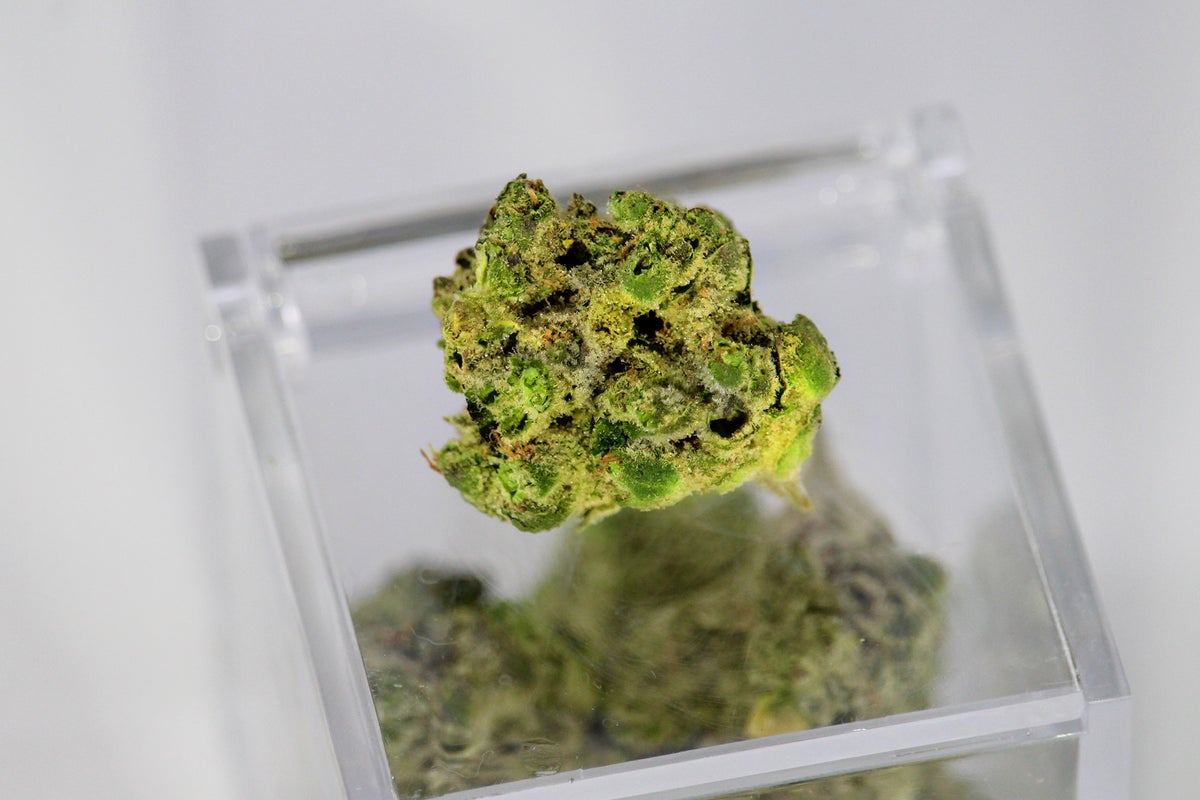 This article was originally published on 2Fast4Buds and appears here with permission.

Humulene is a terpene that’s pretty popular already. You may not know this, but you’re tasting humulene whenever you drink a beer. This is because this amazing terpene is responsible for the earthy and spicy notes that make beers so delicious. All varieties of beer have this distinct “hoppy” fragrance that comes from the Hops plant.

Also found in a few spices including ginger and herbs like sage, humulene is a powerhouse filled with medicinal qualities. Thanks to its anti-bacterial and anti-inflammatory benefits, there’s a lot humulene can do. It’s also found in many cannabis strains. So, put your hands together for humulene – the wonderful terpene that makes your buds and beer taste wonderful.

Before we get to discussing humulene, you’ll understand everything better if you know more about terpenes.

Terpenes are organic aromatic compounds found in many plant species. To put it simply, they are like essential oils. Found in the resin glands of most plants, they are responsible to make plants smell or taste in a particular manner. Whether you love lemons for their citrusy fragrance or can’t get enough of pineapples for their taste, it’s because of the terpenes.

Although terpenes are found in many plants, some of them are unique to just cannabis strains. Some strains have more than 100-200 terpenes in them! Previously, one couldn’t talk about cannabis without mentioning cannabinoids, but the focus has certainly shifted a bit towards these magnificent terpenes now. And, rightly so.

Similarly, even researchers are a lot more interested in terpenes now. Not only will this help those in the medical field, but it will also remove the stigma attached to cannabis to a great extent. Terpenes enhance the healing powers of cannabis by interacting with other cannabinoids like THC and CBD. Well, of course, they interact with other cannabinoids too but THC and CBD are the most famous ones.

This is why you’ll see many people choosing full-spectrum cannabis oils instead of CBD isolates. Full-spectrum oils contain cannabinoids and all the terpenes found in the particular strain. In other words, you get to consume the plant as a whole rather than singling out the cannabinoids. As a result, the effect produced by all the terpenes and cannabinoids working hand-in-hand is known as the entourage effect.

The entourage effect exerts its power on the endocannabinoid system or ECS present in the human body. This synergy is believed to be extremely healing since cannabis produces endocannabinoids that are similar to the ones produced naturally by humans.

Humulene, just like other terpenes, plays a major role in uplifting your senses. So, let’s get down to understanding humulene and its effects in detail.

Also recognized as α-caryophyllene, humulene is a terpene that produces spicy and woody notes. These earthy notes are very evident when you drink a glass of beer. Also present in basil, black pepper, ginseng, coriander, marsh elders, tobacco, clove, and many other herbs and spices, humulene is also used for its topical properties. For instance, ginseng is used for a variety of ailments, which means that humulene is used indirectly to treat several issues.

Thanks to ancient medicinal practices by the Chinese and scholars in India, the effects of humulene have been long recognized. It may be something new for you, but humulene’s healing powers have been a topic of discussion for many centuries. Present in most essential oils in small and large quantities depending on the plant species, humulene is used even in aromatherapy. These therapeutic essential oils are used to mainly reduce chronic pain.

Along with popular terpenes like myrcene and pinene, humulene is one of the most famous and common terpenes you’ll find. Chinese apothecaries used humulene in high dosages to treat problems. And, this is why you’ll see ginseng promoted so much by the Chinese. Used as a natural remedy to boost energy and remove fatigue, ginseng is also used to increase stamina. Most supplements sold to increase sexual stamina contains ginseng because it boosts your failing energy and works as an antibiotic.

3. WHAT ARE THE BENEFITS OF HUMULENE?

Humulene does have a lot of benefits:

Humulene has many benefits, and patients relying on cannabis to help with their ailments understand this better. First off, it works to suppress appetite. What does that do? Well, it helps those with obesity resist food and lose weight. By suppressing any activity in the body’s satiety pathways, it reduces your desire to eat. Many natural supplements contain humulene as an active ingredient because it works to help you cut down on extra weight.

It works in a fashion that’s very similar to a cannabinoid known as THCV. THCV is mainly present in cannabis buds in their raw form. Once you introduce the buds to the process of decarboxylation by either lighting a joint or baking the buds in the oven to make edibles, it converts to THC. Humulene and THCV both work together to suppress your appetite.

Most people think that all types of cannabis strains make you hungry, but that’s not true. Some strains actually help you reduce your sudden urge to gulp everything in front of you.

Humulene works actively to fight against Staphylococcus aureus bacteria according to this study1. Apart from this study, there are many more that depict the usefulness of humulene to treat many ailments. This is why humulene is used in aromatherapy now.

Scientists have conducted quite a few studies to understand the importance of humulene as an anti-inflammatory agent. A study2 published in 2007 found that caryophyllene along with humulene displayed properties that were considered anti-inflammatory. In 20083, researchers found that humulene worked quite effectively to reduce inflammation. Additionally, they discovered that it worked to reduce pain and provide relief.

A year later in 20094, they found that humulene possessed anti-inflammatory properties. Whether it was administered orally or topically, the effects were evident. The discovery was indeed important because the researchers realized that humulene reduced allergic inflammation by decreasing inflammatory mediators.

In fact, they found that the effects of humulene as an anti-inflammatory was so strong that it could be compared to dexamethasone – a drug used to treat asthma, allergies and even rheumatic problems.

In other words, humulene can be used as an anti-inflammatory agent. Of course, a lot more studies are needed from physicians to prescribe cannabis strains containing humulene, but such studies give us a lot of hope.

Humulene is usually found in large quantities in all Kush strains. Thus, they are present in OG Kush and all other Kush varieties. You can either choose to grow strains like West Coast OG auto or simply choose from our original line seeds containing OG Kush, White Widow and many other strains.

Humulene is present in Gelato as well, not to mention Girl Scout Cookies. Gorilla Glue and Cream Cookies also contain loads of humulene, and this is exactly why you feel so heavy and relaxed when you smoke strains with humulene.

In order to gain the benefits of humulene, you can simply smoke a strain containing the terpene. Or, you can use essential oils containing humulene in diffusers to let it soothe your mood. It works as a mild pain killer when used in aromatherapy; however, the effects are enhanced when you smoke the strain as a joint or in a bowl.

This content is for educational purposes only. The information provided is derived from research gathered from external sources.