Melbourne East police are hoping to identify a man following an assault at a licensed premises in Melbourne’s CBD last month.

Police have been told two men were involved in an altercation on the dance floor of a licensed premises on Lonsdale Street about 6.15am on Saturday 10 September.

It is believed the pair were arguing in Spanish when one of the men hit the victim to the face with an empty beer bottle.

The offender then left the scene with two women via a lane way and were last seen walking towards Lonsdale Street.

The victim, a 31-year-old Southbank man received minor cuts and abrasions to his face and ear.

The offender is perceived to be South American, aged in his 30s with brown hair and a thin build.

Investigators have released images and CCTV of a man they believe may be able to assist with their enquiries. 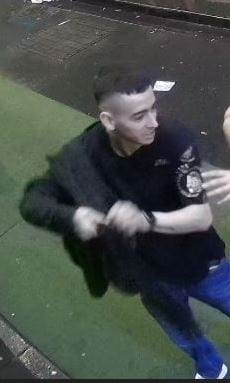 Anyone who witnessed the incident or has information that can assist investigators is urged to contact Crime Stoppers on 1800 333 000.

/Public Release. This material from the originating organization/author(s) may be of a point-in-time nature, edited for clarity, style and length. The views and opinions expressed are those of the author(s).View in full here.