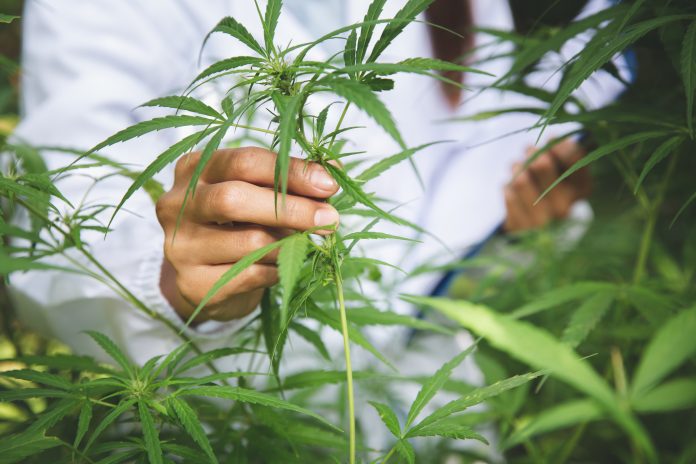 Pointing to advancements in public health, the UK government can improve access to cannabis by altering its CBD reform

Fair access to cannabis has always been the charge of the medical cannabis community. The movement began when individuals and families realized the power of the plant and its ability to address public health issues.

CBD, a benign, non-psychoactive cannabinoid, has become the 1A cannabinoid in recent years. Along with THC, these two cannabis compounds lead a charge that could change the medical industry and billions of lives. Public awareness is growing, but additional education efforts are needed to inform the masses. Until then, we will continue to contend with frustrating prohibitions which hinder access to cannabis and critical cannabinoids like CBD and other hemp-derived products.

People in power continue to fall short on CBD

Cannabis is becoming increasingly accepted among lawmakers in numerous countries. Still, law enforcement hasn’t evolved on the issue as much in many jurisdictions. A group of conservative police commissioners in the UK offered up the latest example of such an issue.

During an October Conservative Party conference, the commissioners called for the reclassification of cannabis from Class B to Class A. The move would list pot products in the same category as cocaine, ecstasy and heroin. The commissioners cited data suggesting that public harm came via cannabis suppliers, producers and a lax approach to drug crimes, ultimately turning the tide for the worse on access to cannabis.

Dorset Police and Crime Commissioner David Sidwick has led the movement. In July, Sidwick touted a Civitas study showing that one million new young adults and five million parents of primary school students would consume cannabis if legalized. In an October op-ed, he called cannabis as dangerous as crack and heroin–a patent lie debunked by decades of research.

The ruling Conservative Party claimed it wouldn’t take up the commissioners’ suggestion.

With scant research suggesting cannabis is harmful, prohibitionists still find a data point or two to overlook the glaring reality and cannabis’ potential. That’s why public education is essential to completing the job of ending global cannabis stigmas.

Public education efforts are underway, thanks to various advocacy awareness efforts to get the word out on cannabis. The UK has used similar tactics to educate the public about alcohol consumption guidelines and the possible links between drinking, cancer and other adverse outcomes. According to the UK group Alcohol Change, marketing and legislation have helped decrease the reported drinks per week a person consumes since the mid-2000s. However, consumption numbers have fluctuated throughout the decades.

The similarities between the cannabis and alcohol education movements often lead people to make broader connections to the two than what is accurate. The critical difference between alcohol and cannabis is the benefit, or lack thereof, of each. A stop at the pub may lift spirits occasionally, but it is otherwise ineffective or detrimental to our health. With cannabis, we are unlocking a world of potential in treating and nourishing our own endogenous cannabinoid systems and addressing other public health issues. Cannabinoid deficiency is a real problem that is easily addressed with plant-based cannabinoids. Where pharma has come up short, natural plant-based supplements show immense promise.

Many in the UK have become aware of these facts, but laws aren’t always in their best interest. The US experienced the same for years, forcing families like the Higueras to turn to CBD when pharmaceuticals couldn’t reduce the hundreds of daily seizures in their daughter Sadie. News stories about family struggles like Sadie’s are difficult to watch, knowing how painful the ordeal must have been for the family. But these reports are an essential part of educating the public. Cases like Kenilworth’s Alfie Dingley helped demonstrate the importance of legal in the UK and the struggles families go through to obtain it legally. More are expected to come across the globe as plant awareness ramps up.

Additional education efforts will bolster the public’s information about the benefits of cannabis. Consider the possibilities for information. The endocannabinoid system, an array of chemical signals and cellular receptors, was just discovered in 1988. Meanwhile, history demonstrates our lasting connection to the plant. A common historical cannabis bond between the US and UK includes the use of hemp throughout history, including the Pilgrims who reached the US from England and their use of canvas (cannabis) sails and rope to do so.

A combined effort from advocates, educators and the media can further inform the public to improve access to cannabis. On the contrary, the proposal from Sidwick and other law enforcement heads avoids the reality of the situation. Choosing one study over ample published science is either uninformed or obstructionist. It makes no sense with the current amount of data highlighting the efficacy of cannabis, particularly non-psychoactive CBD.

A world of opportunities

Hemp was once the cornerstone of societies, and I believe it will be again one day soon enough. Breakthroughs are occurring in clinical studies, R&D, and on farms where hemp is grown. The UK is just one example of a nation coming to reality with cannabis. No longer seen as a threat, much of the public is coming around to cannabis, particularly hemp. With ample uses and non-psychoactive effects, hemp-derived products are proving effective in numerous cases and daily life.

People often see drastic improvements in their lives thanks to non-psychoactive cannabis. Unfortunately, some lawmakers and a dwindling number of the public continue to reject what appears to be increasingly clear: hemp improves lives.

Getting those remaining opposition members to see the benefits of cannabis will take additional education. A particular group will likely never see cannabis for its uses. Still, with time, persistence and education, we can convince lawmakers and the public in the UK and beyond, just like we see happening in the United States and elsewhere around the world.