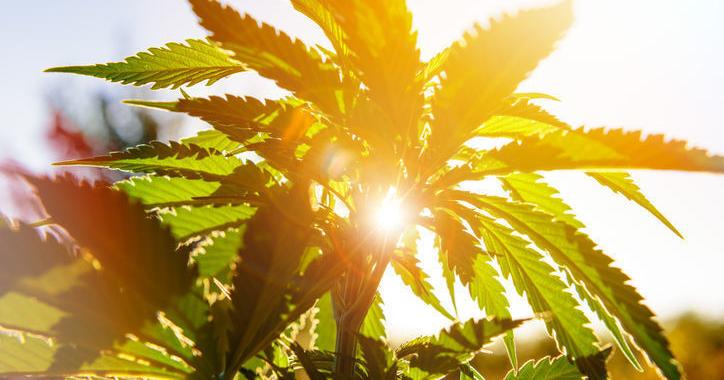 Billings Public Schools held the first of two webinars Monday to inform parents on the prevalence and potential danger of today’s cannabis.

School District 2 Superintendent Greg Upham said during the session that its purpose is to educate parents and the community on both the physical and psychological impacts of high-level THC options on adolescents that have become increasingly popular.

Last summer, he was introduced to a consultant with the nonprofit organization Johnny’s Ambassadors who informed administrators of about recent trends with legal cannabis and its effects on public school students’ brain development.

“That was my shock in all this,” Upham said following this meeting. “I thought, I am so far removed from how this has evolved. It’s scary.”

The meeting came following the legalization of recreational cannabis in Yellowstone County in January and after a soft lockdown at West High School earlier this month where three students overdosed on dabs.

Dabs are concentrated amounts of tetrahydrocannabinol (THC), the psychoactive chemical in marijuana, synthetically extracted from the plant and condensed into forms like oil or wax. It can then be inhaled as a vapor when heated at high temperatures or consumed through edible products. Dabs have caught on in recent years due to the small amounts needed to get high as opposed to smoking the plant.

Dab potency can differ greatly, ranging from 60 to 90 percent THC, versus a commercial plant ranging from six to 30 percent. Consuming higher amounts of THC at one time can lead to physical and psychological side effects like nausea, anxiety, increased heart rates, hallucinations, panic attacks and paranoia. Although it is incredibly unlikely to die from a THC overdose alone, research has reported long-term side-effects on adolescent brains that are still developing.

During the presentation, Johnny’s Ambassadors founder Laura Stack referred to a research report by the National Institute on Drug Abuse (NIDA) highlighting the structural similarities between THC and the brain chemical anandamide, which send messages throughout the body’s nervous system. As the brain’s prefrontal cortex continues to grow and develop throughout a person’s 20s, repeated exposure to THC may lead to a reduced development of anandamide in the brain due to their similar structure and a perceived lack of a need to produce it.

According to NIDA, this may lead to reduced memory and concentration, long-term cognitive complications, and poor psychiatric outcomes including social anxiety, suicidality and addiction by the time the brain is fully developed, approximately by age 30. NIDA goes on to point out, however, that there is currently no definitive conclusions due to unknown factors like THC potency and test subjects potentially using multiple substances during the time of the study.

Stack said she started the organization after the death of her son Johnny following years of frequent marijuana use and dabbing since he was 14. She said it was through repeated use that led him to develop psychosis and depression that led to him developing symptoms like paranoid thoughts, depression and declining academic performance before dying by suicide at age 19.

“If I knew then what I know now, it’s likely that Johnny would still be here,” she said. “Because I didn’t know what to do, I was completely uneducated, I didn’t know where to turn.”

Stack said there are still public misconceptions with these types of cannabis due to the older, more traditional types of marijuana and marijuana-use from previous generations. She highlighted the greater potency of legal products today, how it wasn’t previously available in any form in the past and how consuming the THC equivalent by smoking marijuana cigarettes is nearly impossible.

“It truly is a different drug, this is no longer just weed,” Stack said.

According to Cannabis Training University, additives like propylene glycol (PG) and polyethylene glycol (PEG) are found in the production of some cannabis oils and can lead to increased carcinogen levels in the body while residual solvents like butane, ethanol that are used can lead to organ failure and cardiac damage when inhaled. Illegal concentrated cannabis may contain unsafe levels of pesticide while most illegal cartridges have been found to contain myclobutanil which converts into hydrogen cyanide when burned.

As far as available treatment for cannabis-use disorder, licensed rehab facilities can provide inpatient or outpatient treatment programs depending on the severity of the addiction treatment and utilize methods that include behavioral therapy, support groups and experiential therapy. Those who are having thoughts of suicide can call the Suicide and Crisis Lifeline at 988.

There currently is no legal limit to the level of THC potency in recreational marijuana and Johnny’s Ambassadors does not advocate for specific government policies, but Stack believes the next step is to set limits on THC potency.

Upham hopes that parents have access to all available information so that they can take the most appropriate actions for their kids.

“I refer sometimes to parents [that] I’m gonna teach you the game and … once you know the game, then you play it how you need to play it,” he said. “One of the things that bothered me about this subject was that… we didn’t even know the game.”

Be the first to know

Get local news delivered to your inbox!