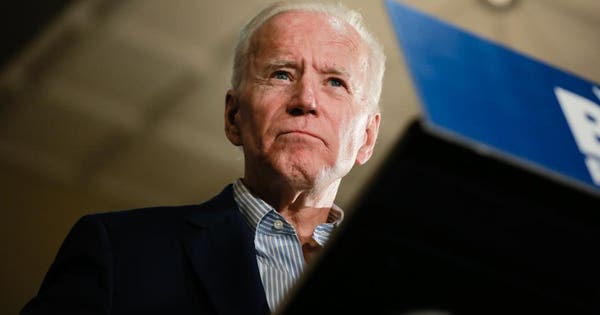 Joe Biden, the current frontrunner for the Democratic Party nomination for president, recently made headlines by declaring his support for decriminalizing and rescheduling marijuana—a major evolution on the issue of drug policy reform for a politician who has traditionally been an active supporter of the War on Drugs.

In May, a Biden spokesperson told CNN that the former vice president “supports decriminalizing marijuana and automatically expunging prior criminal records for marijuana possession…” The spokesperson went on to say that Biden supports the rights of states to continue making their own choices regarding legalization and that he’d support rescheduling cannabis to a Schedule II drug to make it easier to conduct medical research on cannabis.

Biden likely thought this position would help him with Democratic primary voters. Instead, he was widely criticized for not going far enough on the issue of cannabis-policy reform.

His evolution from prohibitionist to tepid decriminalization supporter puts him far behind other Democratic primary challengers like Elizabeth Warren, Bernie Sanders, Cory Booker, and Kirsten Gillibrand, all of whom have sponsored legislation to dramatically reform our nation’s marijuana laws, as well as others like Kamala Harris and Beto O’Rourke who have been outspoken about their support for reform. Biden’s position puts him in line with Barack Obama in 2008 and Hillary Clinton in 2016, while the Democratic Party has largely evolved beyond such an incrementalistic approach to marijuana reform.

If Biden wins his party’s nomination, his out-of-date position on cannabis could be more harmful in the general election. Last year, I detailed the political case for President Trump to support marijuana policy reform in advance of the 2020 election. Doing so would be a way to gain support among younger voters, particularly those who may turn out to support likely legalization ballot initiatives in swing states like Arizona, Ohio, and Florida, or who support their legalization laws in swing states like Colorado, Nevada, and Michigan.

Should President Trump run against a pro-legalization candidate, he would need to come out in favor of reform prior to the election in order to neutralize this as a winning political issue for the Democrats. But a Biden candidacy could provide President Trump with a golden opportunity to own this issue, and the political spoils that come with it. After all, a candidate like Joe Biden, who will be an octogenarian by the time he completes his first term in office, is not the most inspiring choice for these same young voters who overwhelmingly support bold reform measures for cannabis policy.

We’ve already seen Trump attack Biden for his support of draconian drug and crime policies, including being a key architect of the 1994 crime bill that helped lead to our current mass incarceration crisis.  But Biden’s support for harshly punishing cannabis consumers goes back well before the mid-1990’s, leaving the Trump campaign with a treasure trove of statements and policy proposals with which to paint the former Vice President as an out of touch crime hawk at a time when there is bi-partisan consensus for real criminal justice reform.

During drug war hysteria of the 1980s, Biden introduced a slew of draconian drug–policy bills that called for the federal government to, among other things, “aggressively use criminal, civil, and other equitable remedies…against drug offenders.” In 1990, he introduced the National Drug Control Strategy Act, which would have created “military-style boot camp prisons” for people arrested for drug–related offenses, and would have directed the federal government to work with Hollywood movie and TV studios to embed government backed anti-drug propaganda into movie and television scripts.

Through the years Joe Biden has called for the death penalty for marijuana dealers, sponsored the RAVE Act which created criminal penalties for concert promoters when drugs are found on site regardless of their knowledge of the underlying drug crimes, championed civil asset forfeiture laws that have focused law enforcement on drug offenses at the expense of violent crimes, worked with segregationist Strom Thurmond to deny gun ownership rights to misdemeanor drug offenders, and praised the DEA as recently as 2008 for “aggressively targeting organizations involved in the growing, manufacturing, and distribution of such substances as marijuana.”

Kyle Jaeger at Marijuana Moment did an excellent job recapping many of Joe Biden’s now Trump tweet worthy quotes about marijuana policy through the years. Just a sampling includes:

“I still believe it’s a gateway drug. I’ve spent a lot of my life as chairman of the Judiciary Committee dealing with this. I think it would be a mistake to legalize.” – 2010

[Biden had] “serious doubts that decriminalization would have a major impact on the earnings of violent criminal organizations, given that these organizations have diversified into criminal activities beyond drug trafficking,” – 2012

Even as vice president, Joe Biden was the administration’s point person on crime and drug policy. Yet he remained largely silent as state after state voted to legalize cannabis and did nothing to change federal policy to get it in line with the growing national consensus for legalization.

To be fair, the Trump Administration, much like the Obama Administration that preceded it, has done virtually nothing to date to move cannabis policy in a positive direction. But, like during the Obama Administration’s second term, this White House has generally refused to crack down on state-legal cannabis businesses, and the industry has seen rapid growth over the past three years. There is still plenty of time for Trump to take executive action on this issue, or at least to make positive statements in advance of the campaign that would set him apart from Joe Biden’s clear history of supporting regressive, draconian, and racist policies on drugs and cannabis.

The 2020 election may mark the Democratic Party’s last chance to truly own the political benefits of supporting meaningful cannabis policy reform and legalization. Democratic Party nominees, by and large, are leading the way with progressive and expansive policies that would lead the country into a post-prohibition future.

Should the party choose to nominate a Drug War dinosaur like Joe Biden, they may not only lose the opportunity to gain the political spoils of an increasingly popular issue—they may be handing control of the White House to Donald Trump for another four years.

You can bet that this political reality is not lost on the president or his reelection campaign.