Legislation allowing people access to medical cannabis on a limited basis over the next five years has been signed into law by Minister for Health Simon Harris.

Mr Harris said the programme would allow “compassionate access to cannabis for medical reasons” in cases where conventional treatment has failed. He expects the first drugs covered by the scheme to be available in the autumn.

The Minister said it was important to emphasise that this was a “scheme of last resort” and was for patients for whom other medications had not worked. The drugs can be prescribed by a consultant to treat multiple sclerosis, nausea related to chemotherapy and severe cases of epilepsy.

With the change in the law, the manufacturers of such drugs can contact the Health Products Regulatory Authority in relation to supplying the Irish market.

“There is a chicken and an egg here…. We can’t bring supplies into the country until we change the law,” Mr Harris said.

“This is not about the legalisation of cannabis. Cannabis is an illegal drug the side effects of which are dangerous and damning. The views of our medical community are prety clear in relation to that.”

The long run-in to the launch of the pilot programme was because it was important to consult a range of parties, Mr Harris said. “We took our time to get this right.” 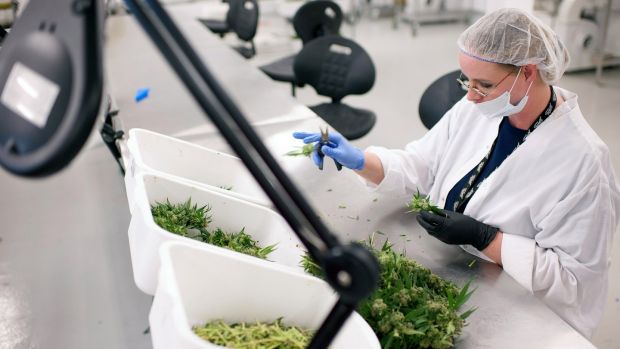 Asked about the possibility of Bord na Móna growing cannabis to supply the products, Mr Harris said that if the Medical Cannabis Access Programme proved successful, he believed Ireland should look into growing cannabis.

“Instinctively I think in the medium term this is something that would make sense for Ireland to try and have its own supply.”

He had spoken to his Danish counterpart , “where they decided, from a quality perspective, to grow their own. I think we are a little bit away from that yet.”

There is a Ministerial licence scheme already in place and he has in his time as Minister signed 21 such licences to allow patients in need of cannabis-based drug get access to them.

“I very much see this as a scheme of last resort. Of course cannabis is not a normal medical product.”

Doctors, he was sure, would try normal products first, but if there were still difficulties after that, cannabis-based drugs were another option. But it would always be a medical-based decision, the Minister said.

“For years, families have fought for this programme to be established and for years, we have faced many challenges, obstacles and hurdles,” Mr Harris said.

“I am so pleased to be here today to advance this programme and help the lives of many families across the country.”

No medical cannabis products are currently available in Ireland.