COLUMBUS – Just across the Ohio border, farmers are planting hemp, a crop they hope will turn an otherwise crummy planting season into a profitable one.

Soybeans, corn, wheat – it’s hard to turn a profit. But with hemp harvests fetching thousands of dollars per acre – more for hemp-derived CBD – farmers and entrepreneurs are investing in the crop.

Which state border? All of them.

Ohio is an island among Midwestern agricultural states, most of which allow hemp cultivation and processing. Kentucky, Indiana, Michigan, Pennsylvania and West Virginia are all growing hemp this year under a pilot program in the 2014 Farm Bill.

A bill to allow hemp cultivation and hemp-derived CBD production and sales in Ohio has stalled in the House. House Speaker Larry Householder, R- Glenford, said Senate Bill 57 won’t pass until the fall at the earliest.

The immediate effect of a delay: CBD, short for cannabidiol, derived from hemp remains illegal and under the purview of the Ohio Medical Marijuana Control Program.

It also means no hemp will be grown in the Buckeye State this year.

CBD in a gray area

CBD has surged in popularity as a wellness supplement, added to everything from lotions to sparkling water. Consumers say it eases their anxiety, soothes aching joints and aids other ailments.

The CBD sold in retail stores is derived from hemp, which is defined as cannabis that has less than 0.3 percent of intoxicating compound THC. CBD can also be extracted from marijuana flowers.

The 2018 Farm Bill took hemp and hemp-derived compounds off the federal controlled substances list, but Ohio law doesn’t differentiate between hemp and marijuana. The state pharmacy board released a statement in August 2018 that CBD could only be sold through state-licensed medical marijuana dispensaries, leading to widespread confusion and, in some parts of the state, products being pulled from shelves.

Beth Wymer, executive director of the Ohio Wholesale Marketers Association, said product distributors and retailers are trying to follow the law but are frustrated when they see others continuing to sell CBD products across the state.

„If this bill does not get to the governor, does that mean that all of the locations in Ohio that are selling this very openly are going to be visited by local law enforcement or the state pharmacy board and told to pull inventory?” Wymer said. „Or is it OK for me to tell our members ‘it’s OK for you to sell it?'”

The bill would immediately allow sales of CBD by removing it from the state’s controlled substance list. The Ohio Department of Agriculture would then be responsible for establishing testing and labeling requirements, which could follow action from the federal Food and Drug Administration. 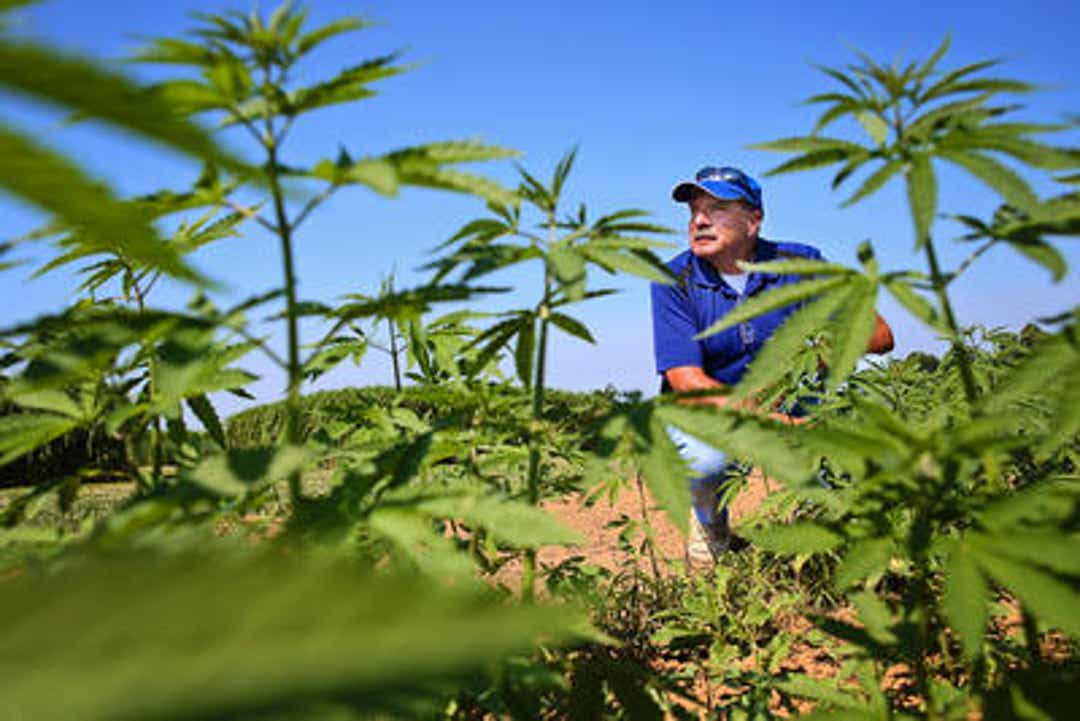 Ohio State University was ready to start planting hemp this summer. The bill allows colleges to grow and process hemp without state-issued licenses and would take effect immediately after being signed by Gov. Mike DeWine.

Ohio State’s College of Food, Agricultural and Environmental Sciences planned to grow a couple acres of hemp at four sites across the state: Wooster, Willard in Huron County, London and Piketon.

The plan: See which varieties of hemp grow best in different parts of the state and share initial observations with Ohio farmers. From there, the college has a long list of things it wants to study about hemp: seeding rates, pest management, how it fits into crop rotation, impact on water quality and more.

„As a land grant institution, our job is to serve the producers and we’re ready and waiting,” Gary Pierzynski, associate dean for research and graduate programs at the college, said.

The delay could set farmers back

If the Ohio hemp bill passes in the fall, that shortens the timeline for farmers to form agreements with other farmers and processors, buy equipment and acquire quality seeds before the 2020 planting season.

„You’re asking farmers to make a decision about whether to grow hemp in May at that point,” said Tom Haren of the Ohio Hemp Association, which represents Ohio businesses that want to grow hemp or manufacture hemp products.

Householder said the House was focused on passing the chamber’s bipartisan priority bills, as well as the state budget bill, in the last few weeks of June. But without a budget deal, lawmakers could meet again in mid-July, and the bill’s supporters hope it might get a vote then.

“I have full confidence in my agricultural friends that if we give them a green light, they’ll be there and have plenty of time to get a crop up,” Householder said.

Joe Logan, president of the Ohio Farmers Union, plans to plant a few acres of hemp at his Northeast Ohio farm when the state finally allows it. Logan and other small farm owners are concerned about licensing restrictions and requirements added to the bill and a farmer-funded commodity checkoff program. Logan said licensing rules could hurt small farms wanting to try hemp.

“It appears as though that the power brokers, the hemp groups that have percolated up out of vapor, have engineered this and lobbied hard to establish it in a certain way to give certain entities a leg up,” Logan said. “I hate to see the legislature fall prey to that.”