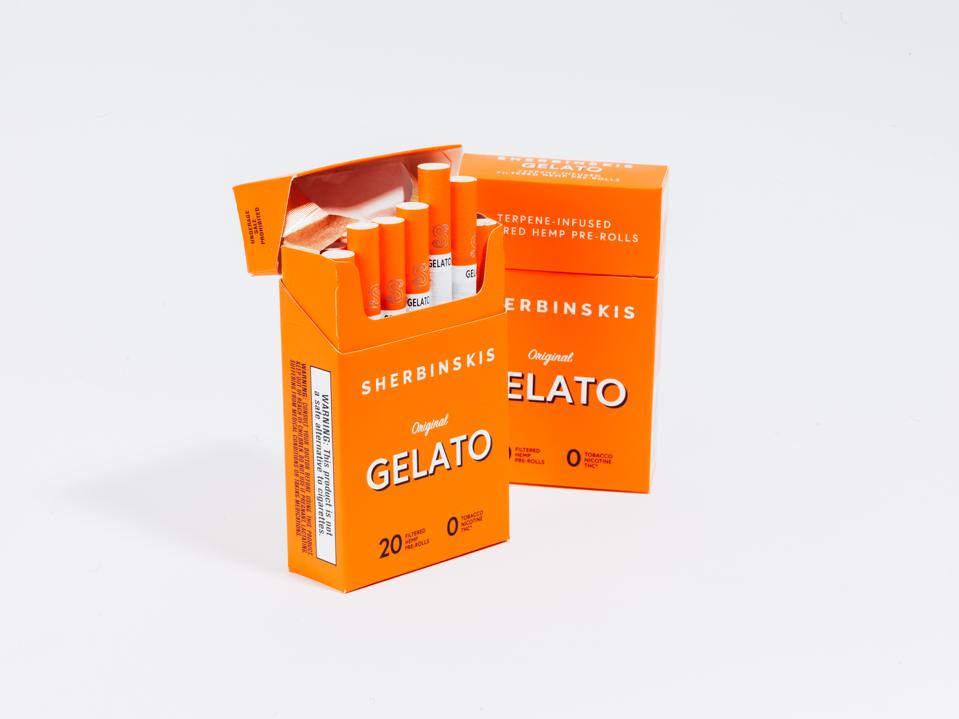 There is perhaps no better proof of the cannabis plant’s increasing relevance in American society than the federal legalization of hemp that occurred at the beginning of this year. A longtime casualty of the War on Drugs, hemp was for decades erroneously lumped in with substances like LSD, crystal meth and ecstacy – seen as a drug of abuse – and made illegal at the U.S. federal level.

It took a lot of years for people to realize that cannabis in the form of hemp was not at all a psychoactive substance – meaning it does not get you high like marijuana – and therefore had no business being categorized as a drug of abuse. Legally, hemp can have no more than trace amounts of THC, the high-inducing compound in cannabis, limited to below a negligible .3 percent max.

Well, it didn’t take long at all for industrious cannabis specialists to figure out that now-legal hemp could make for a sought-after smokable product across the nation – one that could potentially rival the gargantuan might of the American tobacco industry.

For over five years, in a handful of U.S. states where tobacco has reigned supreme for eons, farmers have been quietly engaged in pilot programs testing out hemp crops. It’s proven to be a very popular plant. In Kentucky, which has seen an enormous amount of land previously dedicated to tobacco steadily migrating over to the more popular and profitable hemp crop, it’s produced such a buzz with local farmers that conservative Senate Majority Leader Mitchell McConnell has been actively stumping for legal hemp for years.

Borrowing the term “pre-roll” from marijuana parlance – which describes a joint or cannabis cigarette – Malone and Guzman are capitalizing on the momentum that legal cannabis has created nationwide, with some form of marijuana now legal in a solid majority of the U.S. The genius of it is that legal hemp faces a tiny fraction of the regulation that legal marijuana currently does. That effectively releases the shackles that have long since impaired cannabis companies from enjoying basic rights like interstate commerce and distributing product via convenience stores.

Guzman, the cannabis breeder behind iconic marijuana cultivars including Gelato, Bacio, Sherbert and Mochi, is gratified seeing his hard work in the marijuana industry now also paying off with hemp.

“Coming from a highly regulated market into a space that’s wide open, there’s a whole different set of rules,” says Guzman, talking over the phone from the floor of CHAMPS. “A business that was closed off is now wide open. We’re paving the way for this.”

Malone is enthusiastic, too, to bring his natural hemp product, called Shaboink, to market in the dual, individually branded effort. “It’s a product I personally love and know my fans will too,” said Malone. “Our partners are best in class and so is this product. The terpene flavors are great, and you can’t beat an all-natural pre-roll.” 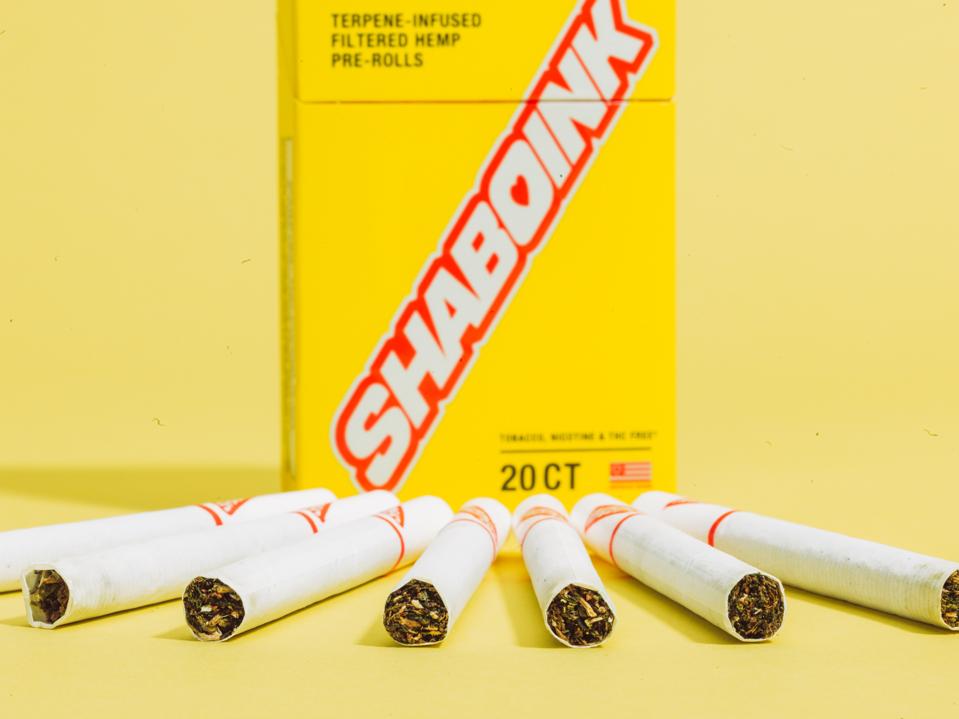 And paving the way they are. Both Guzman’s “Gelato” and Malone’s “Posty OG” hemp pre-rolls — the flavors which were both created by Guzman — are made exclusively with American grown hemp, plant-derived essential oils (called terpenes) and water. That’s it. A decidedly different list of ingredients compared to what’s found in the average American cigarette laden with cadmium, lead and butadiene and about 90 other dubious ingredients.

There are several positive (intended) consequences of the moves by Malone and Guzman. They’re able to set up operations in existing, abandoned tobacco production facilities that are already outfitted to produce their hemp pre-rolls, and they’re also actively creating jobs in those facilities across the American heartland. The two are partnering with Icon Farms, a company focused on combining best manufacturing practices from high-volume tobacco production and clean, American-grown hemp cultivation. Icon Farms brings decades of specialized industry knowledge from its founders’ family-owned, multi-generational tobacco production operations.

Guzman says he’s also finding that consumers view his Gelato hemp pre-rolls as a potential cigarette smoking cessation method. “It’s a great alternative [to nicotine products], much lighter with no chemical taste,” says Guzman. “I’ve talked to people trying to get off smoking Juuls who find this an interesting alternative to that. And it’s an alternative with a great taste and smell.”

If you dive deeper, Guzman’s collaboration with Malone makes perfect sense in the context of cannabis and music, where Guzman’s cannabis cultivar Gelato has for many years been a huge hit with the hip-hop community and has been namechecked in over 250 songs and counting. “Gelato is celebrated in so many songs,” says Guzman proudly. “The latest is ‘83 babies’ by Rich The Kid.”

It’s that kind of cultural touchstone that Guzman believes will be powerful for their hemp prerolls. People in parts of the U.S. where legal cannabis is restricted can now legally sample the incredible flavors of Gelato.

“Gelato has created a great name for itself in cannabis. Not just nationally but globally,” says Guzman. “This is a way for people to be connected and try Gelato, to experience what everybody’s been talking about. A customer may not have access to a cannabis dispensary in, say, Kentucky — but they can go to a convenience store and get Gelato hemp pre-rolls. They can connect with us.”