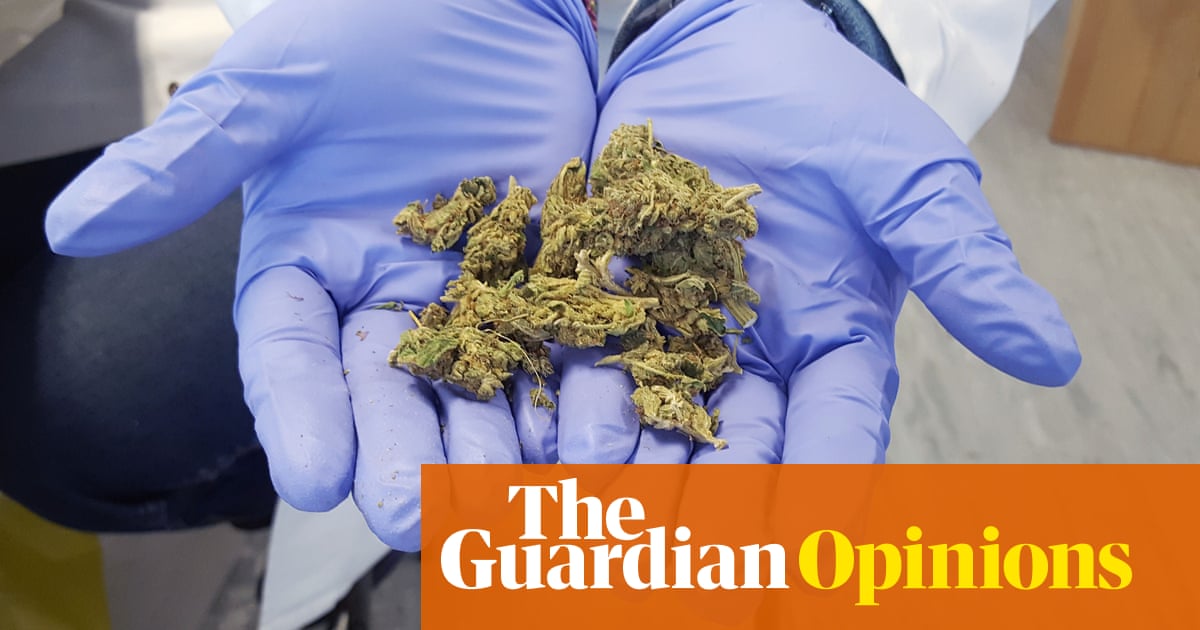 Picture two 19-year-old men living in the same country, but in different worlds. One is in his second year at Oxford University, smoking cannabis in the garden of a house he shares with friends. The other is smoking in a side-street, away from the sixth-floor flat in Tottenham’s Broadwater Farm Estate, north London, he shares with his mum.

The student’s night will end with a film and bag of Doritos, his dreams of becoming a Tory leadership candidate in 20 years intact. The second young man faces the very real possibility of a formal caution that could affect future employment and travel. In the worst case, he could get up to five years in prison for possession of a class B drug.

This is a social injustice that is repeated across the country. Of the 200,000 people subject to stop and search by the Metropolitan police for drugs last year, 93% were from lower socio-economic groups. Black people are nine times more likely to be stopped and searched for drugs. In the capital, the chances of a BAME person being arrested for the possession of cannabis is 3.4 times that of a white person. The law says everyone who smokes cannabis is a criminal, but politicians say it is one rule for us and another for them.

Many countries have opted for decriminalisation. This reduces pressure on police but sustains an illicit market

In our current system, cannabis is a cash cow for organised criminal gangs. The National Crime Agency has estimated the UK’s illicit cannabis market to be worth £1bn per year. The real figure could be even higher. The Institute of Economic Affairs thinktank puts it at a staggering £2.5bn. The black market is funding more organised crime and contributes to surging levels of violent crime on our streets.

It does not have to be this way. Last year, Canada became the second country, after Uruguay, to legalise cannabis for recreational purposes. In the US, 11 states and Washington DC have done the same. Many more countries have opted for decriminalisation. This reduces pressure on police and the criminal justice system, but ultimately sustains an illicit market.

On a trip to Toronto, filmed by the BBC for a short documentary being shown on Monday, I was able to see the world’s largest regulated market up close. Production occurs in sterile grow-houses filled to the ceiling with the green plants. Licensed stores, protected by security guards, sell a wide range of cannabis strains in air-conditioned surroundings that appear somewhere between a vape shop and a pharmacy. The THC and CBD levels are marked on labels like the alcohol content on a bottle of beer. Touchscreens allow users to choose between oils, leaf, pre-rolls and pills as easily as picking between a Quarter Pounder or chicken nuggets in McDonald’s.

The potential benefits of legal regulation go beyond hurting the bank balances of criminal gangs and reducing the disproportionate criminalisation of certain groups. In the UK, children find it easier to access cannabis than alcohol. Taking cannabis out of the hands of street dealers and putting it behind the counter in shops with security guards and ID requirements would help protect those under 18. For adult users, there would be more mellow alternatives to the super-strength skunk linked most closely to psychosis, which currently makes up around 94% of the black market. Regulation means we can control and lower the average THC levels significantly, reducing mental health concerns.

Enslaved on a British cannabis farm: ‘The plants were more valuable than my life’

The biggest challenge is to make the regulated market attractive enough to beat the black market, but not to glamorise it in a way that will increase consumption. If implemented correctly, legal regulation should reduce social and health harms to a minimum. Bill Blair, the former Toronto police chief turned Liberal minister in Canada, has had the job of trying to find this Goldilocks point in Canada. At present, he has not achieved it. The price of legal cannabis is around $10 (£6) a gram, compared to $6.37 in the illicit market. There are too few dispensaries for many users to have access. As a result, the majority of weed in Canada is still sold illegally.

A deeper problem in the Canadian model is that the market is dominated by large corporations. Legalisation offers an opportunity not only to decriminalise the communities that have suffered the most from the war on drugs, but to empower them. Individuals from communities that have been disproportionately criminalised should be actively recruited to the supply side of any new market in the UK. Old criminal records relating to cannabis offences should be scrapped.

The Canadian model is not perfect, but it is high time for the legal regulation of cannabis in the UK.

• David Lammy is the Labour MP for Tottenham