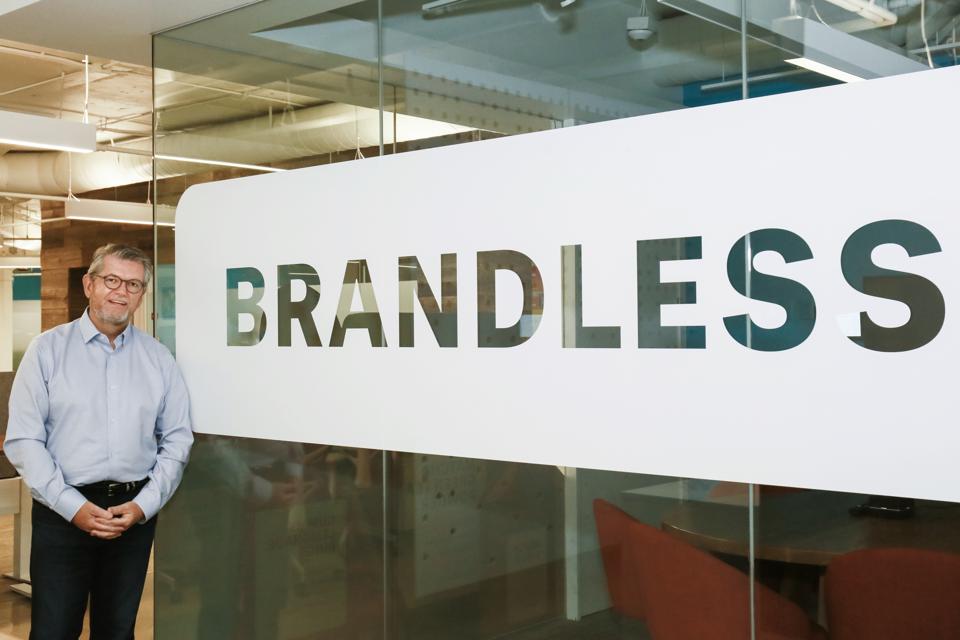 Brandless’ new CEO John Rittenhouse finds himself waking up at 1:30 in the morning, trading notes with Tina Sharkey, the e-commerce startup’s founder and ex-CEO who left after investors, including megafund SoftBank, grew frustrated with its money-bleeding operations. Rittenhouse, the ex-COO of Walmart.com, admits it’s a work in progress—but he has a plan.

Brandless will switch to selling its private-label household products—say, its adult gummy multivitamins—from online-only to in stores, as well. It has abandoned the goal of selling most products for around $3, a price point that prevented it from capitalizing on the basic grocery store strategy that mixes low-margin goods with higher-margin items. “The average order value today needs to move from $48 to probably $70 or $80,” he says.

His biggest, and probably riskiest, gambit: launching a line of cannabidiol (CBD) products and creating a standard for testing the non-psychoactive compound in products that doesn’t even exist today.

“I think there’s a significant white space from a CBD standpoint, and we are uniquely positioned to capitalize upon it and make it a category killer,” Rittenhouse says from Brandless’ downtown San Francisco offices, laying out his vision publicly for its first time.

In other words, put one foot back into the retail stores Brandless customers presumably had left behind. And catch the CBD wave. 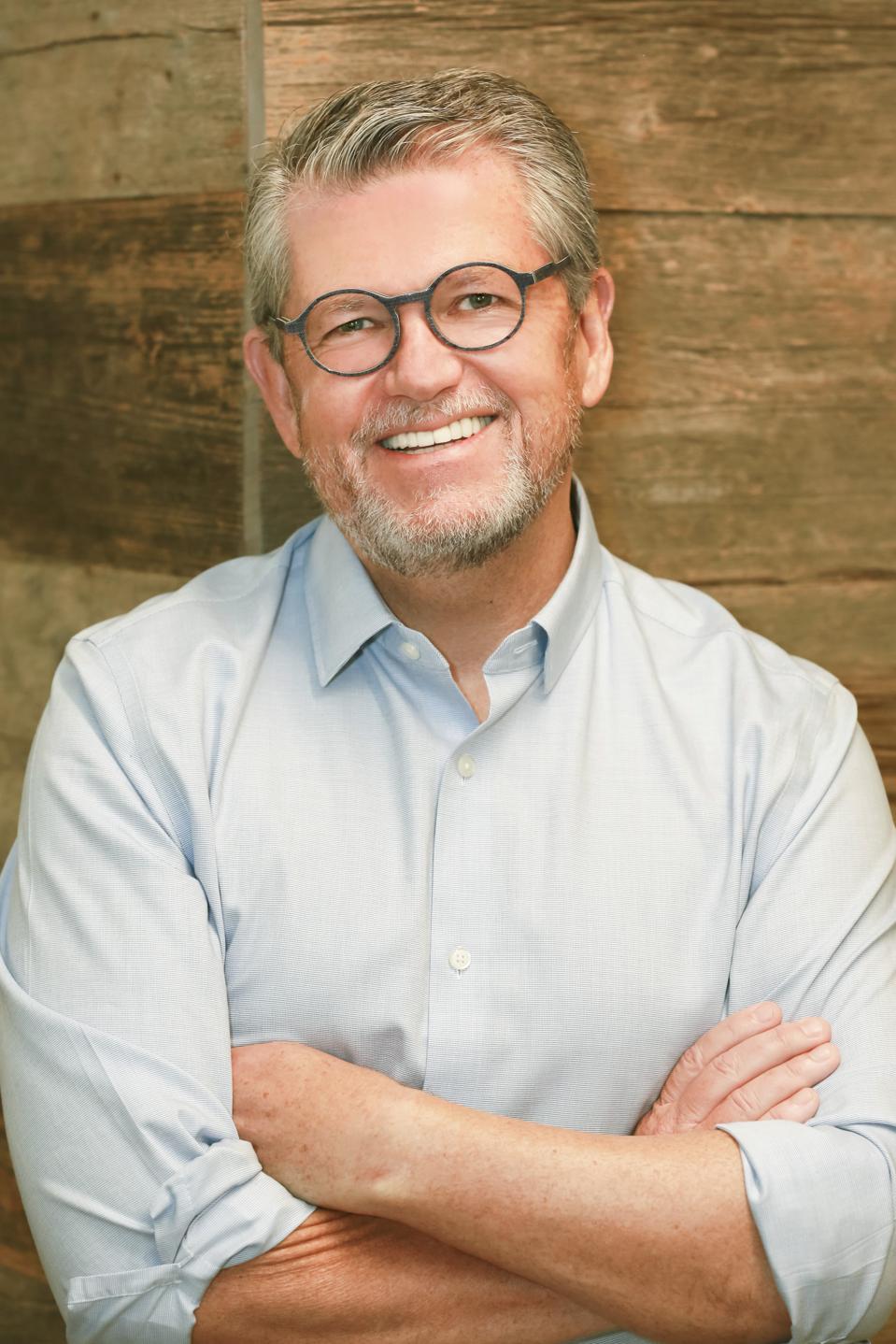 If he can do it, Rittenhouse predicts he can turn the company profitable by 2021 and into a billion-dollar-revenue business by 2023. “What I’m doing is I’m trying to move as quickly as I possibly can here to get line of sight on profitability,” he says.

He’s not there yet, though. The company, while in talks with retail partners, has yet to ink a deal to get its wholesale items in stores. CBD products are potentially a massive market that New York-based investment bank Cowen projects could amount to $16 billion in sales by 2025, but it remains in a regulatory gray zone with a patchwork of different state laws. The federal government has yet to set a standard around CBD products. The Food and Drug Administration (FDA) has stepped in when companies make claims about the health benefits of CBD, which is frequently sought after for pain relief or relaxation, but it hasn’t created regulations around safety or standards.

Selling into stores (and becoming a CBD testing standard) wasn’t the plan when Brandless first launched. Two years earlier, Brandless had burst onto the e-commerce scene with a vision that young, internet-savvy consumers would want to buy organic, artisan or other specialized foods (say, cruelty-free or free-trade) online, for cheap. Led by Sharkey, who brought charisma and credibility from the first dot.com wave as founder of iVillage, a media brand for women, and serial entrepreneur Ido Leffler, the company pledged to strip out the “brand tax” for luxury, high-quality goods so that most items would sell for $3. Brandless went head-to-head with niche startups like Thrive Market and major retailers like Walmart, Target and Amazon.

By July 2018, SoftBank led a $240 million investment in the company at a valuation over $500 million—an unusual show of faith for a year-old e-commerce business. Many direct-to-consumer companies had tried to build healthier, organic products, but they were typically centered around one product category, like the Honest Co. for baby products. SoftBank liked that Brandless had a roadmap for products that included everything from pets to home goods to food, says SoftBank Vision Fund managing partner Jeff Housenbold. “They were creating better for you, better for the earth, better value products across a multitude of vertical categories, and that’s what attracted me,” Housenbold says.

It just didn’t make money, hobbled by high costs for shipping, that $3 price point and quality problems, according to ex-employees who spoke to tech news outlet The Information. In January 2019, the company moved up-market when it introduced a new $9 tier of pet and personal products. But two months later, Brandless laid off 13% of its staff. The $240 million investment had been tranched, meaning the money was only doled out if certain markers were hit, and it hasn’t been paid out in full. 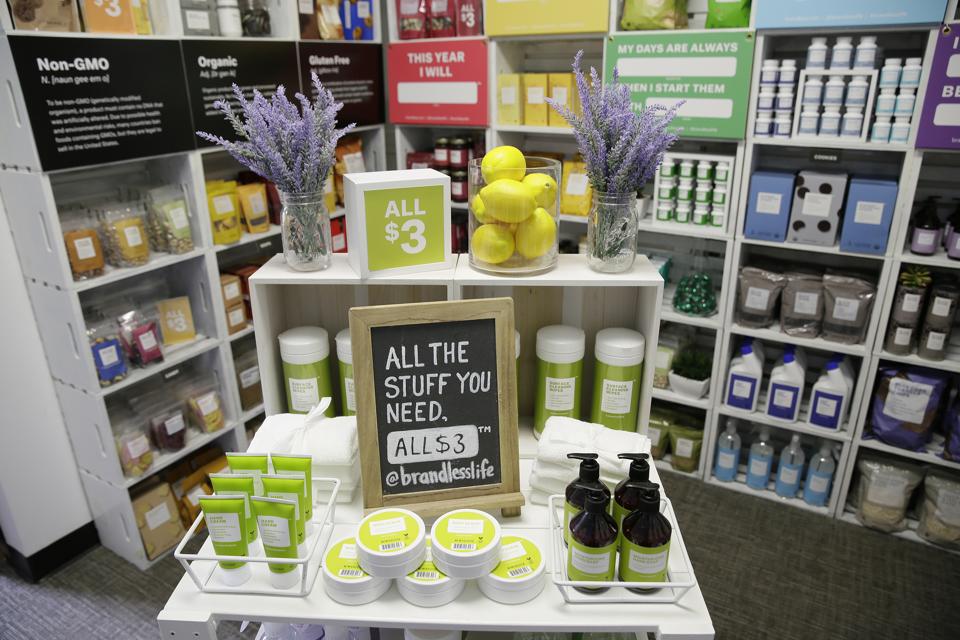 Products costing $3 or less on display in 2018 in the lab of the online retailer Brandless in San Francisco. It’s now raising prices above the $3 bar.

Looking back, Sharkey says the long-term plan wasn’t trying to build a three-dollar store. “That wasn’t the business strategy,” she says. Long term or not, Brandless was burning through cash, and its board, particularly SoftBank’s investors, wanted to see it turn a profit. They sought someone with more retail operations experience, according to a person familiar with the talks. By May, when the board quietly brought on Rittenhouse, they were in need of some kind of fix.

“Tina was exceptional at the vision standpoint and at building brand and buzz and social media impressions, but Tina is not a retailer and not an e-commerce person, not a pick-pack-and-ship, so she didn’t have that experience set,” Housenbold says.

Unit economics are tricky though when it comes to selling items online, and Brandless isn’t the first e-commerce startup to stumble trying to make low-cost work on the web. Los Angeles-based Hollar, which was trying to build an online dollar store, also swapped out CEOs in 2018. Several have made a play for stores, which helps secure better bulk pricing and lowers the cost by removing shipping fees. It also expands the customer pool when people have a chance to see and feel the product, says Cowen analyst Oliver Chen. Mattress company Casper sells its mattresses in Target. Minted, the art and design company, sells some of its artwork in West Elm and its greeting cards in Target.

“The future of retail is bricks plus clicks,” Chen says. “The risk factor is that you don’t necessarily have as much control over the brand experience.”

Rittenhouse is used to rolling up his sleeves in tricky retail situations. The 63-year-old e-commerce veteran had been a director at Target, followed by stints as a vice president at Michaels and LVMH, and CEO of fashion startup Moda Operandi. He’s now serving on boards of companies like meal kit company HelloFresh and Jumia, often described as the Amazon of Africa. “He was always very, very quick to grasp all of the different things that are on our plate right now and how they relate to the long-term strategy, and could seamlessly switch back and forth between the two,” HelloFresh CEO Dominik Richter says.

Rittenhouse’s first step at Brandless was to try to slow the online business burn and focus the online products around wellness, beauty and sustainability. Other business lines, like baby and pets, will become part of its strategy selling into physical stores. “Because if for every package that you ship on the internet you’re losing money, if you step on the marketing gas (which can be extremely expensive) you drive revenue, but you also drive burn,” Rittenhouse says.

He’s tapping into his retail connections and hitting the road with Sharkey to strike wholesale deals. The company hasn’t signed any yet, but described itself as “in negotiations” with major retailers about adding Brandless goods to their in-store lineups. 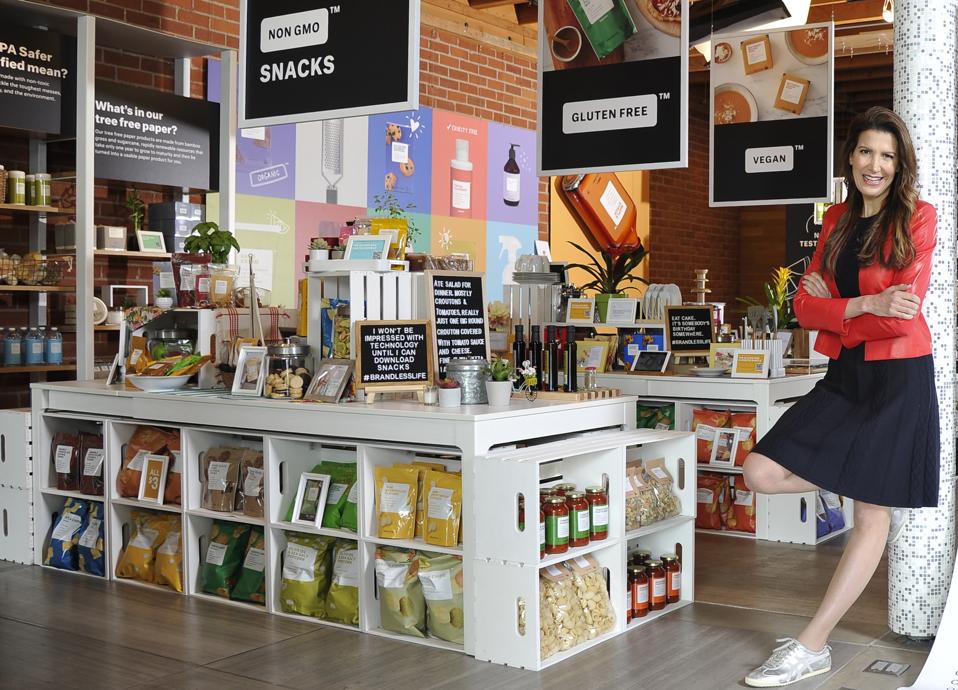 Then there’s his CBD strategy. Brandless plans to launch its own CBD line in the future, but to start, it’s going to allow other brands into its online store for the first time. Selling tinctures, lotions and edible gummies should help with margins. One CBD vendor the company is considering has an average price point of $73 a product, Rittenhouse says. He’s also retooling the food safety lab in Minneapolis to be able to analyze CBD products for purity and create a new “gold standard” CBD sales—despite one not having been set by regulators yet.

There are early indications that Brandless’ consumers want this, argues Rittenhouse. The company has been advertising CBD products on its website for two weeks and already saw 10,000 people sign up to get notified when they are available.

Still, the transition won’t be easy. When asked if there were layoffs to its over 130-person staff coming in the future, Rittenhouse wouldn’t rule out that the company’s retooling may mean different personnel needs—it could mean less, or more.

“I understand what good looks like. I’ve been there done that before; I know where the pitfalls are,” he says. The aim is to get Brandless “positioned well, not only for the shareholders, but for its employees.”