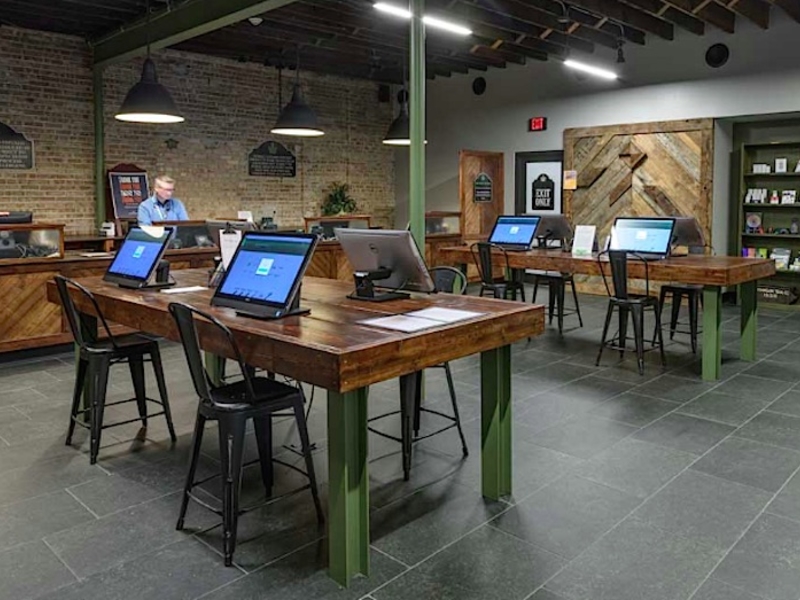 The legalization of recreational cannabis in Illinois is only weeks away. Here are some FAQs for potential consumers.

HOW MUCH WILL IT COST? Many existing dispensaries have online menus of their products—those are often prices for medical customers, so slightly higher than the ballpark of what recreational users can expect. MOCA, the self-described “modern cannabis dispensary” in Logan Square, currently offers $15 pre-rolled 1 gram joints, or $35 for 5 half gram joints. Vape cartridges at MOCA run for $60, four cookies cost about $25, while 10 gummies cost $30.

A single gram of a cannabis flower at MedMar in Lakeview costs just under $20, according to their menu. Their pre-rolled 1 gram joints are also $20. Preloaded vape pens cost $30, but other varieties can cost twice that amount. The cost for a gram of concentrate hovers between about $55 and $65.

Products will also be subject to a 3% tax in the City of Chicago and a state tax that varies depending on the level of THC in the product. Tetrahydrocannabinol (THC) is marijuana’s psychoactive component. If a product has a concentration of less than 35% THC, it will face a 10% tax. Cannabis-infused products with more than 35% THC will have a 20% tax, and marijuana with more than a 35% THC concentration will have a 25% tax.

On top of that, recreational users will also have to pay existing sales taxes “in the same manner as other general merchandise,” according to the state.

Abigail Williams, the marketing director at Dispensary 33 in Andersonville, says recreational customers will be able to walk in after showing an ID demonstrating they’re above 21 (they’ll have a state ID scanner) and make a purchase. “On Jan. 1 we’ll be doing a paging system like any busy restaurant . . . If there’s no wait, you can walk right in, browse, and make a purchase with one of our budtenders.” Products are visible in display cases.

Given that customers might not want to wait outside in the cold January weather, Williams says Dispensary 33 will have “coupons and deals for local businesses so they can go check out spaces nearby and kill time that way.”

HOW MUCH CAN YOU HAVE? Illinois residents can have up to 30 grams of cannabis flower, 5 grams of concentrate, and no more than 30 milligrams of THC in a cannabis-infused product.

Medical patients can have more under certain conditions, and can grow up to five plants in their home.

Non-Illinois residents, including tourists, can have 15 grams of cannabis flower, 2.5 grams of concentrate, and no more than 250 milligrams of THC in an infused product.

WHERE CAN YOU BUY IT? Here’s a list of state-approved licensed dispensaries who can begin selling on Jan. 1, 2020. Here’s a map.

WHERE CAN YOU USE IT? Not in public places. State law bans consumption anywhere you can be observed by others in public and near other smoke-free spots. There aren’t current plans for on-site consumption in cafes or bars in Chicago, either.

This week, Mayor Lori Lightfoot and Interim Chicago Police Superintendent Charlie Beck said while balconies and backyards might be publicly viewable, the department recognizes that „poses no direct threat to public safety, and no resident should be arrested or ticketed solely for such a scenario.”

The city’s also changed its policy around impounding cars with marijuana inside—only those “unlawfully purchasing or selling cannabis using their vehicle” face impoundment.

People are prohibited from having an open container of cannabis in a vehicle, including passengers. Chicago police officers are being retrained on new policy.

Unlawful possession—including consuming in a prohibited place or having more than is legally allowed—will garner a $50 fine for the first offense and $100 for those that happen within 30 days after that.

WILL I GET IN TROUBLE AT WORK? That depends on your employer’s policy. As employment attorney Brian Paul pointed out in Crain’s recent forum series on cannabis, on Jan 1, “most Illinois employers will be prohibited from taking adverse employment actions, such as termination, suspension or discipline, for marijuana use—unless the employer can establish a good-faith belief the employee was under the influence of marijuana while at work.”

Because marijuana is still illegal federally, employers can enforce drug testing policies, including zero tolerance and drug-free workplaces if that policy is applied in a non-discriminatory fashion. Employees can also be prohibited from use, possession and impairment while in the workplace.