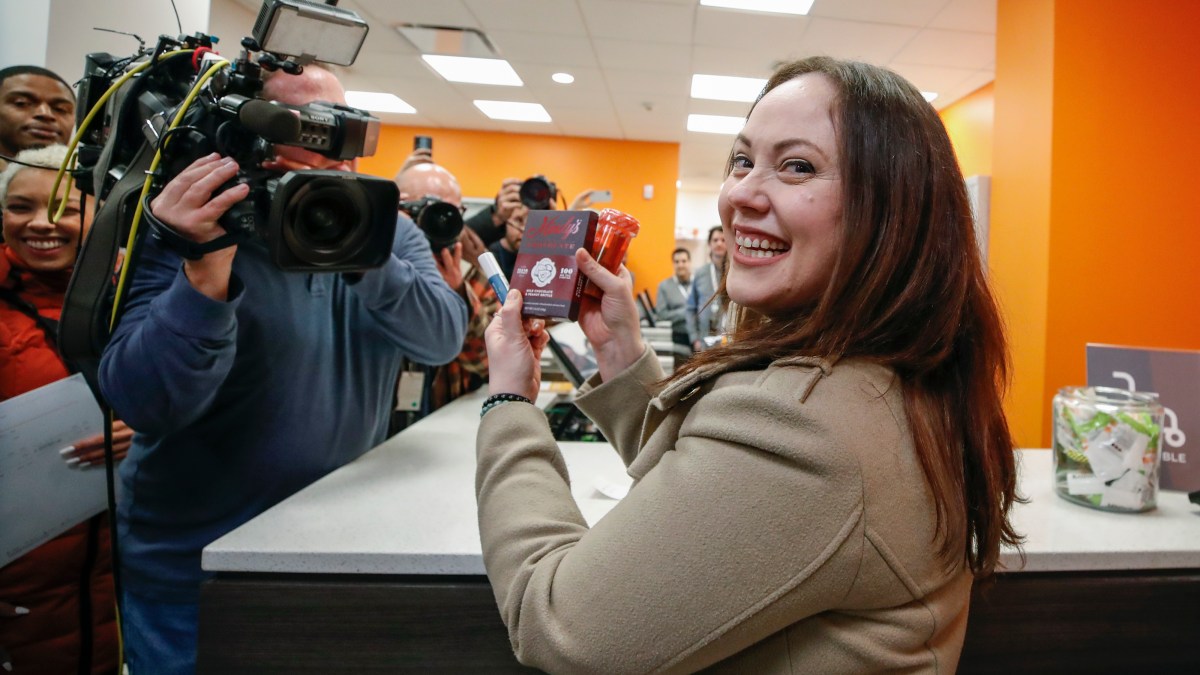 People lined up for hours at the start of 2020 to be among the first to purchase cannabis from dispensaries in Illinois as recreational marijuana was officially legalized in the new year.

The first
dispensaries opened at 6 a.m. on New Year’s Day with hundreds gathered in both
Chicago and its suburbs for the history-making first sales.

Jackie
Ryan was the first person to make a purchase as doors opened at the MedMar
dispensary in Chicago’s Wrigleyville neighborhood.

“It
felt surreal,” said Ryan. “It was a little crazy like I’m walking to the
counter and there’s cameras everywhere and it’s showing me I’m buying weed, I’m
buying legal cannabis. This is just unbelievable.”

Ryan said she bought $120 worth of goods.

Arnold Winslow made the first purchase in Elmwood Park at Sunnyside dispensary, walking for nearly two hours to get in line.

„I wanted to be first in line because I have waited 46 years for this moment,” he said.

Winslow said he hopes to frame the gram of weed he purchased to „have a momento.”

Some dispensaries used paging systems similar to restaurants, others partnered with local restaurants to offer a warm place to wait before making a purchase. In Chicago’s Andersonville neighborhood, a coffee pop-up sprouted outside with a movie marathon and cannabis-themed trivia.

„We waited so long for this. Folks have been out here in the cold waiting and we are just so thrilled. Super excited,” said Mary Cluxton, regional director for retail at Sunnyside.

Purchases are restricted to anyone 21 and older with a government-issued ID. Non-Illinois residents won’t be able to buy as much as residents and all purchases must be made in cash.

„We have crowd control from our local police as well as our internal security team,” Cluxton said. „We were here late last night preparing. We had a holding room to keep people warm and comfortable. Just making sure that everyone is having the best experience they can.”