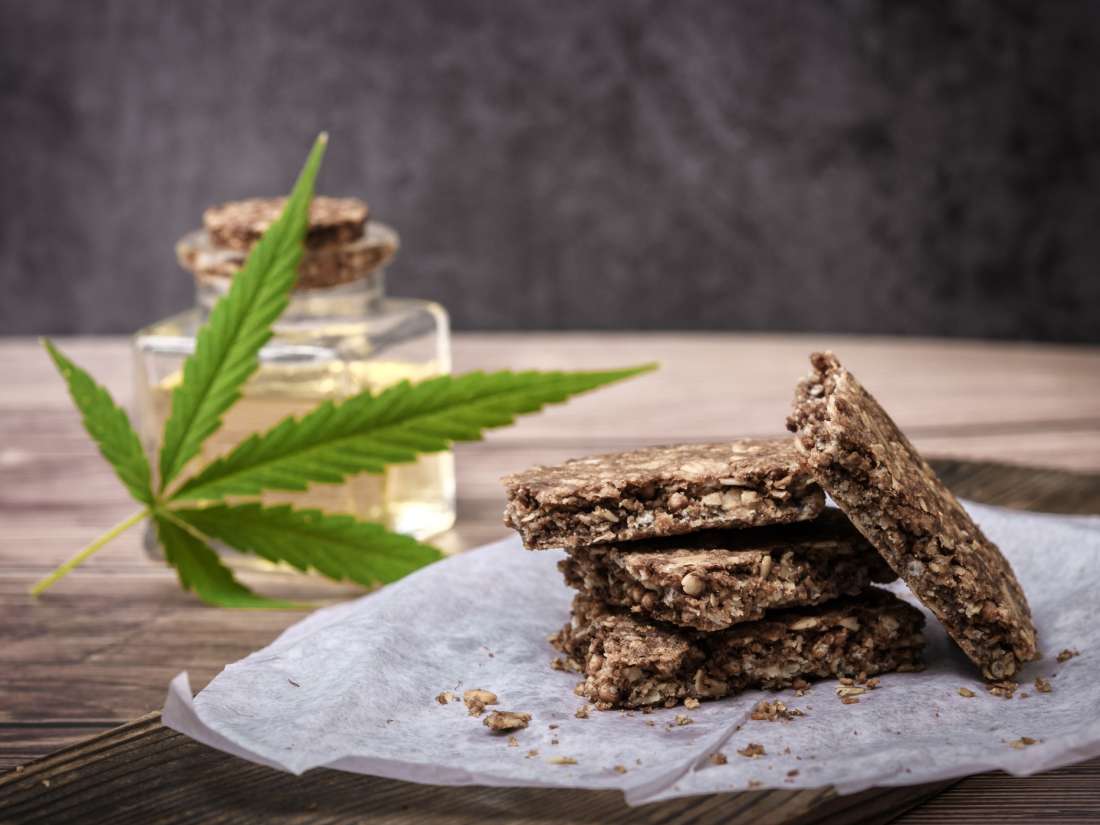 As cannabis edibles become legal in an increasing number of countries, medical experts are warning people about the possible health risks that these may pose to consumers, as well as their family members.

The use of cannabis — for medical and, sometimes, recreational purposes — is becoming legal in an increasing number of countries around the world, with regions of the United States currently in the lead.

The most recent example, however, is that of Canada, where authorities declared certain cannabis edibles — cannabis-infused foods — legal as of October 2019.

In Canada, respondents to recent Deloitte surveys reported that they were eager to use edibles not just for recreational purposes, but also for a range of medical reasons, chiefly to help them cope with anxiety and sleep disorders.

„It is [also] notable that current edible consumers say they are more likely to buy premade cannabis edibles rather than make their own — mainly because it’s more convenient, according to 80% of current consumers,” states the Deloitte report based on the results of those surveys.

However, edibles come with a range of health risks — both for people who have never used cannabis before and for some of their family members and cohabitants, particularly children and pets.

Jasleen Grewal, Ph.D., and Lawrence Loh, Ph.D. — from the University of Toronto in Canada — have recently published a commentary in the Canadian Medical Association Journal that draws attention to these risks.

Overconsumption is a significant risk

„Although edibles are commonly viewed as a safer and more desirable alternative to smoked or vaped cannabis, physicians and the public should be aware of several risks related to the use of cannabis edibles,” warn Grewal and Loh in their published paper.

One risk is that unlike, for instance, smoking cannabis, consuming edibles can take much longer — up to 4 hours — to produce an effect.

This delay could lead some people, especially those who are new to the drug, to increase their portion, resulting in overconsumption.

Moreover, the authors note, the effect of cannabis from edibles can last for 8 hours or even longer, „which lengthens the duration of impaired judgment and coordination experienced in comparison to inhaled cannabis.”

The two researchers also warn that even the standard, state-approved dose of cannabis present in regulated edibles can cause different effects in different individuals, as some may be more sensitive to the drug than others.

Thus, some people may overdose even on edibles with lower concentrations of cannabis, and those who have no previous experience of the drug are particularly at risk, the specialists caution.

Another issue is that edibles often come in very appetizing forms, such as candy or cookies, meaning that they may appeal immediately to children and household pets. Should children and animals end up consuming cannabis edibles, they could easily come to harm.

Other groups who may be vulnerable to the health risks associated with consuming cannabis edibles are older individuals, the researchers report. The two authors also cite data from the U.S. regarding the effect of the legalization of edibles on those belonging to at-risk groups.

„After legalization of cannabis edibles in Colorado, the state poison control center saw a 70% increase in calls for accidental cannabis exposure in children from 2013 to 2017, and studies of healthcare usage reported more children than adults being treated for ingestion incidents,” they write.

„Among older adults, cannabis consumption — including use of edibles — has been linked to greater cognitive impairment and a heightened risk of hypotension-related falls, arrhythmia, and drug interactions,” the authors add.

Going forward, Grewal and Loh advise healthcare professionals to make sure to explain to their patients the risks associated with edibles, as well as methods of preventing these risks. They conclude:

„Physicians should routinely question patients who ask about cannabis about their use or intended use of edible cannabis products so that they can counsel these patients regarding child safety, potential for accidental overconsumption and delayed effects, and potential for interactions with other substances, such as alcohol, benzodiazepines, sleeping aids, and opioids.”