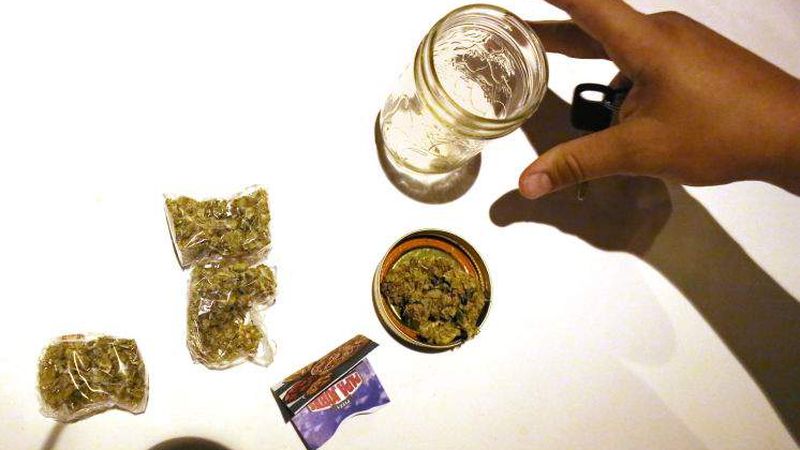 TALLAHASSEE — In a last-ditch effort at the tail end of the legislative session, the chamber most likely to oppose a cap on THC has taken up the issue.

After weeks of rumors that the Florida House was pushing an amendment that would put a cap on the amount of THC in all medical marijuana at 10% potency, the proposal was finally filed Friday afternoon in the Senate.

THC is the main psychoactive compound in marijuana, and can come in the form of whole-flower marijuana, tinctures, oils, vaporizers and edibles.

Current law places a limit on the amount of THC in edible products only, which may only contain 10 mg of THC per serving and 200 mg in total. The levels are much higher than what most patients would normally consume, according to industry experts.

The amendment caps THC at 10% potency for patients under 21 years old, with exceptions for those who are terminally ill and for patients whose doctors can make a case for medicine with more THC.

Harrell said she is concerned about the amount of THC young people have access to, and that marijuana could negatively affect the developing brain.

“I have been very concerned about this,” she said. “You’re seeing increasing percentages of THC in marijuana. This is not your granddaddy’s marijuana from the ‘60s.”

The idea of capping THC first came up during the 2019 Legislative session with a House bill that would have capped THC at 10% potency in smokable medical marijuana, or “flower.” That bill also would have prohibited doctors from certifying patients under 18 for full-strength marijuana, give free medical-marijuana identification cards for veterans and provide $350,000 to the Department of Health to implement the bill.

The bill, put forward by Rep. Ray Rodrigues, R-Estero, cited research indicating that high-potency marijuana is associated with earlier onset of psychosis and the development of schizophrenia in marijuana users.

The Swedish study he cited was based on patients who had experienced at least one psychotic episode in their lives and then self-reported their previous marijuana usage to researchers.

Despite support from Speaker Rep. José Oliva, R-Miami Lakes, the idea never progressed in the House.

Sen. Jeff Brandes, who held a press conference earlier this week urging the House to not push a THC cap, said that he believed the more moderate Senate would “hold the line” on the issue.

“Physicians understand much better than the Legislature what’s best for their patient,” he told the Herald/Times in a text message. “Let’s let doctors weigh benefits and risks for their patients.”

Harrell said she and Brandes have “very different views” on the issue.

“You can have people who don’t want any caps on marijuana,” she said. “They want free pot everywhere. It’s not unanimous support for any regulation whatsoever. But this is a reasonable safety precaution.”

Senate President Bill Galvano, R-Bradenton, indicated earlier this session that he was open to considering a THC cap.

Opponents to the amendment say the mandate will be a burden on medical marijuana providers, force prices up for patients and drive patients to the black market to self medicate with higher-THC marijuana.

In 2016, advocates in Colorado pushed to limit THC to 16% via referendum but ultimately withdrew the plan.

A proposal in Washington state to cap cannabis at 10% THC is currently stalled in committee, with lawmakers indicating last week that they will prevent the measure from moving forward.

In Alaska, a proposal to cap marijuana product potency at 76% THC was also voted down.

Nick Hansen, MedMen’s vice president of government affairs, said the proposal is “unconstitutional” and goes against what Florida voters wanted when they voted to legalize medical marijuana in 2016.

“It puts the Legislature in between patients and their doctors,” he said. “It limits the ability for patient to get the care they need.”

He added that every time there is a change in how the marijuana businesses in Florida have to operate, it takes time, research and money to develop new formulas. For instance, when smokable “flower” marijuana became legal, the industry scrambled to grow more flower and keep up with high demand.

“Every time you change formulas it’s a complex process,” he said. “These are not just things where you can flip the switch and go the other way … this is what happens when people who are not doctors start making decisions .

Barry Gordon, a Venice-based medical marijuana doctor, said the amendment targets the “most vulnerable” population, and that physicians will find the concept to be “absurd.” Gordon treats about 30 pediatric patients, and says they all have varying needs when it comes to THC levels. But that is a decision a doctor makes with a patient or parent, and Tallahassee need not be involved, he said.

“Every doctor that practices medical cannabis responsibly discusses brain development with the parent,” said Gordon, who operates the largest cannabis clinic in the state “This gets in the way of the doctor-patient relationship.”

Michelle Weiner, a South Florida pain doctor who prefers to prescribe her patients medical marijuana instead of opioids, said she disagrees with capping THC, but that she tends not to recommended THC for patients under 21, anyway.

“The research states that you shouldn’t give THC to a developing brain, so there is evidence on that,” she said. “In general, we try not to give THC to anyone under 21 or 22. But there shouldn’t be a blanket [bill]. A THC cap is ridiculous, under 21 or not.”