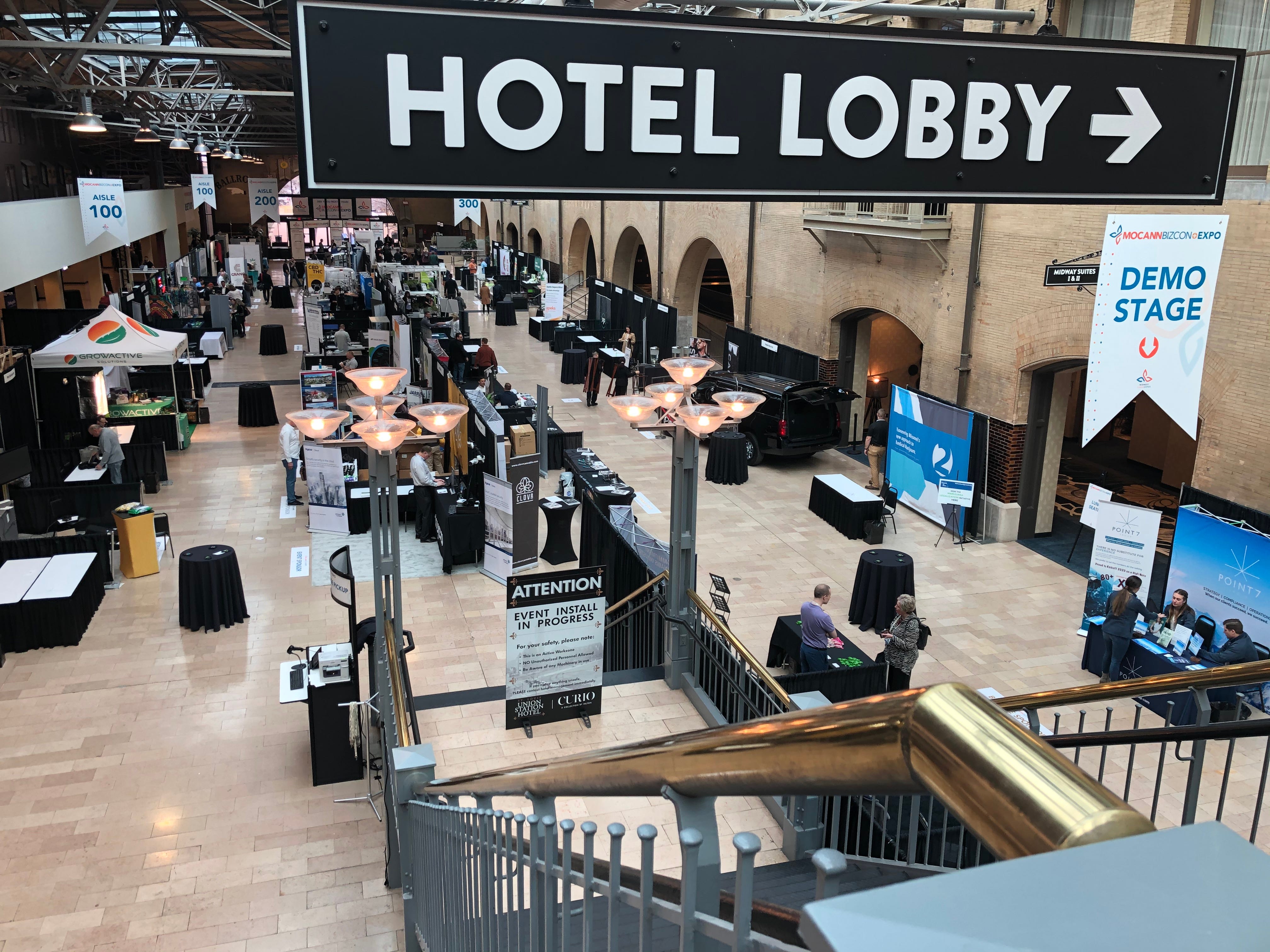 Editor’s note: This is the first in a series of updates from a big Missouri cannabis trade conference in downtown St. Louis this week. News-Leader reporter Gregory Holman has been following legal, business and social aspects of weed since Missouri voters passed Amendment 2 in 2018.

ST. LOUIS ⁠— As Missouri embraces medical weed, the focus for some activists is now shifting from legalizing cannabis to normalizing it.

On Sunday, key participants in a two-year-old nonprofit, Soulful Cannabis, made their way to a big industry conference in downtown St. Louis from destinations as far-flung as Springfield; Durango, Colorado and greater Philadelphia.

The people behind Soulful Cannabis (logo: heart framing a weed leaf) want their goals to be felt nationwide: to spread a vision for making the cannabis industry „the best version of itself.”

In a south St. Louis townhouse converted into an Airbnb, four members of the Pennsylvania-based nonprofit sat for a Sunday-afternoon interview with the News-Leader before heading to the trade conference, set to take place early this week at Union Station.

The MoCannBizCon+Expo meeting comes at a moment when the cannabis community is feeling national winds of change behind its back.

„2020 is the year of when, not if,” Colorado-based entrepreneur Farrah Vorhauer told the News-Leader.

Thus, Vorhauer and her friends want to seize opportunities they see.

„Soulful Cannabis just touched a nerve with me,” said Cindy Northcutt, a Springfield-based cannabis attorney. She’s the group’s beachhead in Missouri and the Midwest. Along with representing Missouri businesses in the emerging medical weed space, Northcutt was a nurse for 28 years. She sees the Show-Me State weed program as a boon for patients experiencing serious conditions.

Northcutt got involved in the pro-cannabis movement due to her experience as a nurse, she said, noting that „peer-reviewed research showing the medical benefits of cannabis” is taking place around the world in countries that permit research, like Israel. Northcutt and her nonprofit teammates think „we’ve just begun to scratch the surface” of uses for the plant, she said.

About a year ago, Northcutt was researching online and stumbled upon information about Soulful Cannabis, she said. She clicked and kept on clicking.

„Being involved in the industry professionally over the last couple of years, getting Amendment 2 on the ballot and passed, and getting the industry implemented in Missouri ⁠— even at those early stages, I was already starting to see some growing pains, for lack of a better term,” Northcutt said.

Because Missouri’s legal weed program is so new, there’s a chance to get it right from the get-go, Northcutt and her Soulful Cannabis colleagues said.

The gist of their elevator speech is that once states like Missouri add medical or recreational weed, there’s a steep learning curve that government, patients, business interests and the community at large must climb to provide the most positive experience possible for everybody involved.

They said that means a focus on education and social equity is hugely important, in their view. That includes help for communities of color they believe were unfairly harmed in the war on drugs.

„Really the foundation of our mission is around anti-stigma, access, and corporate social responsibility,” said Skip Shuda, a Pennsylvania dispensary owner who co-founded Soulful Cannabis in 2018. „Those are the big three buckets.”

Shuda said there are many „deep grooves” ⁠— longstanding legal norms and cultural traditions ⁠— set up around industries viewed as „cannabis-adjacent,” like alcohol sales and pharmaceuticals.

More: After medical marijuana laws pass, hydroponics shops grow. Springfield has had one for six years.

„A lot of these grooves are very toxic,” he said. „We want to get away from that while the grooves for the cannabis industry are now being laid down. We want to set the example.”

As with most people tied to today’s cannabis industry, Shuda said that changing language around weed needs to happen. He and other folks with Soulful Cannabis embrace a series of terms seen as more accurate and courteous than typical slang: Instead of „budtender,” they prefer „dispensary agent” or „dispensary technician.”

They’d rather you say „cannabis” instead of „marijuana,” a word increasingly deemed a shopworn racist slur from the 1930s.

Even „underground market” is preferable to „black market” when talking about illegal sales of a substance seen as „plant-based medicine” by its most fervent backers.

„If we’re effective, I would say in 10 years, to me a success would be if Soulful Cannabis’s ideas are permeating the industry,” Shuda said. „And when people talk about the best industries to be a part of, they say, 'Take a look at the cannabis industry, they’ve managed to do all these great things.'”

They acknowledge that their vision is „ambitious,” even idealistic.

Jason Mitchell, Shuda’s Pennsylvania business partner and another co-founder, said he hoped a network of free schools for patients, caregivers and others could be established over the next decade. Mitchell said they’ve already begun implementing a caregiver education program in New Jersey.

The story continues below.

Northcutt, the Springfield cannabis attorney, underlined that her central goal is patient protection: There are many points in the patient-caregiver-dispensary system where very sick people could be taken advantage of, she said, and with her nursing background, that’s something she won’t abide.

Vorhauer, the Colorado-based entrepreneur, underlined the importance of getting the dispensary experience right for patients.

„How do dispensary agents want to behave with patients? We want to treat them with respect. We want to be very honest about what we’re offering. We want to avoid at all costs, and every time, talking about any type of pharmaceutical medication or even over-the-counter medication. They want to talk to a pharmacist or their prescribing physician.”

More: Everything you need to know about medical marijuana in Missouri

„And that’s an ethical thing?” a visitor asked.

„Right,” she answered. „We have to follow all of the laws under HIPAA, per regulation, and also out of much respect because these (patients) are coming in and they’re talking to the people behind the counter about real medical problems, like real life.

„And so these people have to be real professionals.”