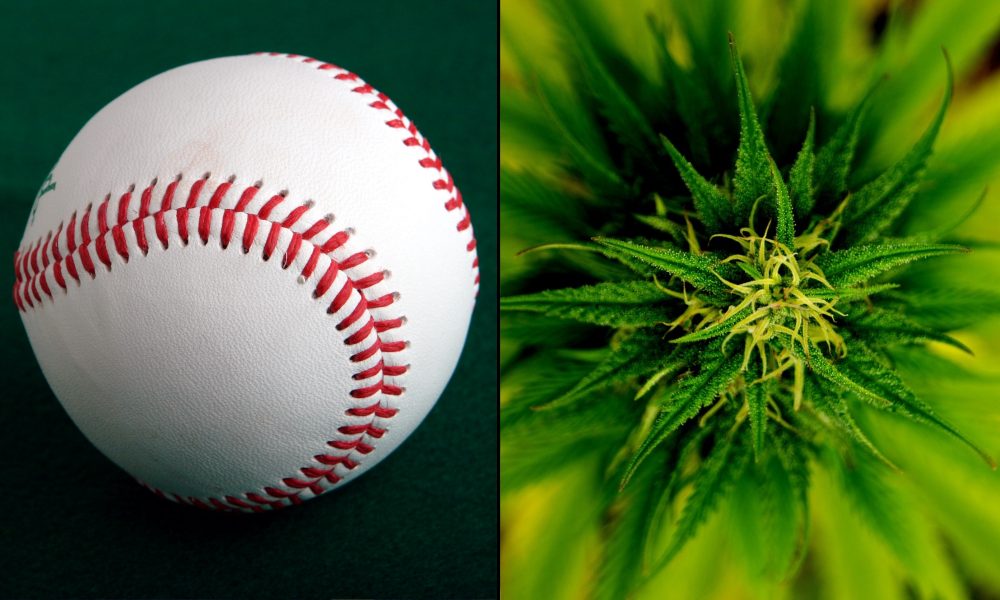 With spring training now in full swing, Major League Baseball is further clarifying its stance on marijuana. Players can now consume cannabis without risk of discipline, the league explained in a new memo, but they can’t show up to work under the influence and—at least for now—are barred from entering into commercial arrangements with companies in the marijuana industry.

The announcements came in a new memorandum from MLB Deputy Commissioner Daniel R. Halem. Dated February 19, it’s an update to the MLB’s decision late last year to remove cannabis from the league’s list of banned substances.

Before the rule change, players who tested positive for THC were referred to mandatory treatment, and failure to comply carried a fine of up to $35,000. That penalty is now gone.

But despite the relaxed marijuana rules, the league says in the new memo, which was first reported by ESPN’s Jeff Passan, that key restrictions remain on how players and teams may interact with legal cannabis. “While natural cannabinoids will no longer be considered Prohibited Substances under MLB’s Drug Programs,” the memo says, “there are still restrictions on, and risks associated with, the use, possession and distribution of marijuana and other natural cannabinoids.”

For one thing, players will still be subject to sanctions if they show up to work high. “If players or Club personnel appear under the influence of marijuana or any other cannabinoid during any of the Club’s game’s practices, workouts, meetings or otherwise during the course and within the scope of their employment,” the memo says, “they will be referred to a mandatory evaluation under the applicable cannabinoid and alcohol treatment program.”

Team doctors are also forbidden from recommending medical cannabis or providing any cannabinoid products to players, and teams may not store such products on club premises.

“Because Clubs are required to comply with all DEA regulations that apply to Controlled Substances, Club medical personnel are prohibited from prescribing, dispensing or recommending the use of marijuana or any other cannabinoid to any player or Club personnel,” the document, which Marijuana Moment has independently reviewed, says.

That restriction could eventually change, at least when it comes to CBD: MLB and its players union are working with NSF International, a product-testing organization, “to develop an independent testing and certification process for these products,” aimed at ensuring they are legally compliant and free of contaminants. “MLB will continue to monitor and provide updates as certain hemp-based CBD products are tested and verified by NSF International,” the memo says.

Players can also be “subject to discipline” by their team or the MLB “for engaging in certain cannabinoid-related conduct, including violations of federal, state or local laws,” the memo says, such as by distributing marijuana or driving under the influence.

Players also can’t cash in on the green rush—at least not yet. Despite the mad dash by some legal marijuana companies to secure celebrity spokespeople, the league says its players may not invest in or be sponsored by the legal cannabis industry.

The new policies stem from negotiations last year between the MLB and its players union. Both parties agreed to approach the league’s drug policy with an emphasis on treatment rather than penalties. Players who test positive for opioids or cocaine, for example, will be penalized only if they refuse treatment.

A number of athletic governance bodies have recently relaxed rules around cannabinoids as laws change and medical applications become more widely accepted. The World Anti Doping Agency (WADA), for example, said in 2017 that athletes can use CBD, and it also recently increased its allowable limit on THC metabolites.

Meanwhile, the National Football League is in negotiations with players about how to adjust its own marijuana rules. A proposed collective bargaining agreement from the NFL Players Association aims to recast drug policy “to increase emphasis on clinical care over punishment.” Players would no longer be suspended for testing positive for THC, and annual testing would be limited to the first two weeks of training camp. The league’s THC testing limit would be raised from 35 to 150 nanograms, bringing the limit in line with WADA standards.

In an effort to reduce drug-related harms, however, the plan would increase penalties for driving under the influence, imposing a three-game suspension.

A vote on the NFL’s new policy is expected in coming weeks.