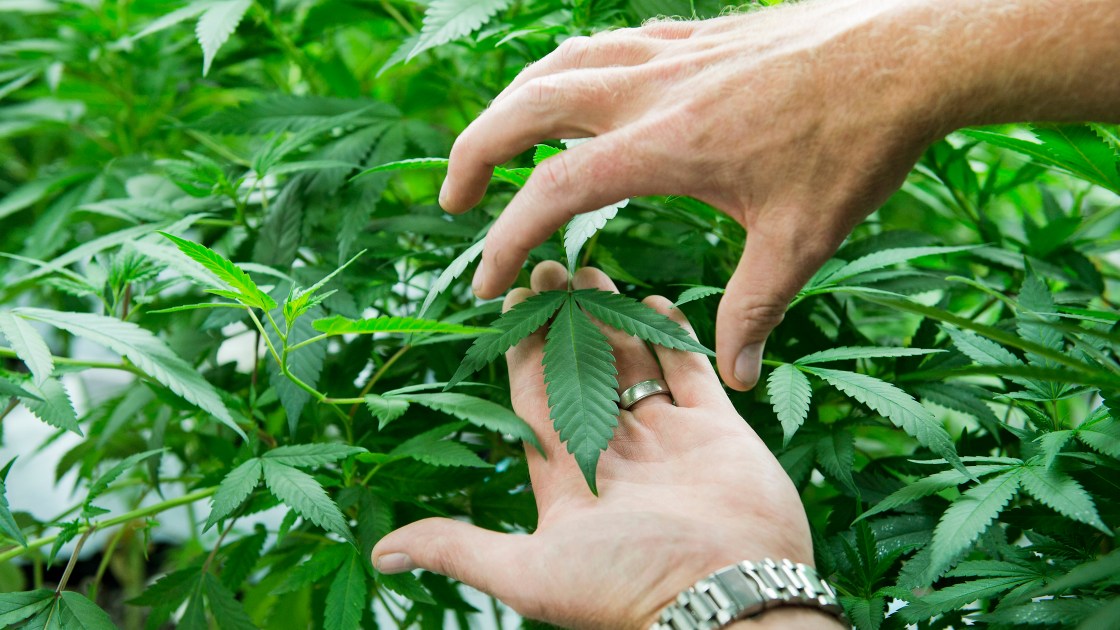 The headlines are straightforward and ubiquitous: Police in *insert jurisdiction here* arrest Black people for weed more than any other demographic.

That narrative can and must change, say the organizers of the inaugural CannAtlantic Cannabis Conference. Hosted by the Philadelphia Association of Black Journalists, the free symposium is happening Saturday and has raked in more than 600 RSVPs so far.

Originally planned for April 2020, the conference had to be pushed and made virtual because of the coronavirus pandemic. The timing ended up being opportune.

Governor Tom Wolf has recently been pushing a renewed call to legalize recreational pot in Pennsylvania. The idea isn’t new for this administration, which launched a medical marijuana program in 2018 and began introducing the idea of legalizing recreational use last September. This time around, the governor — and the idea’s most ardent proponent, Lieutenant Governor John Fetterman — are pitching use of the legal weed industry’s revenue for COVID-19 recovery.

Gov. Wolf in an early Sept. announcement laid out a plan to use revenue from taxes on the recreational marijuana industry to help the state recover from the projected $4 billion pandemic-fueled deficit it faces. Half of that money, the administration said, would be dedicated to supporting historically disadvantaged business owners.

Lt. Gov. Fetterman pointed to a current criminal justice and social equity awakening, with a surge of movements dedicated to unearthing the nation’s entanglement with racism, bigotry and ingrained institutional oppression.

Other funds from the proposed marijuana program, the administration said in a release, will go toward “restorative justice programs that give priority to repairing the harm done to crime victims and communities as a result of cannabis criminalization.”

Shekia Scott knows about that harm.

The Massachusetts native just moved to Philly, but her whole family’s from here. Her brother is incarcerated here. Her cousins have been fined for weed possession here.

She left a job as director of equity, programming and outreach for the Massachusetts Cannabis Control Commission, but plans to remain at the forefront of policy conversations about legalizing marijuana. At the CannAtlantic Conference this weekend, Scott will be on a panel about the relationship between legalizing weed and abolishing the police.

For a generation, the story of Black Americans and marijuana has largely been one of criminal justice inequity. But as medical marijuana is taking hold locally and attitudes about recreational marijuana are shifting nationwide, cannabis industry professionals of color are fighting for a foothold.

The recreational weed industry brought in $319 million in one year for Washington State, and $266 million for Colorado. Nationwide, it’s projected to be a nearly $12 billion industry by the end of 2020. Only about 1% of U.S. weed dispensaries are owned by Black people.

Meanwhile, under Pa. law, possession of more than 30 grams of marijuana can land someone, statistically more likely to be Black than any other race, in jail for a year.

“The main issue,” said Scott, “is that people are still incarcerated from the failed war on drugs and they’re continuously being incarcerated and fined.”

She left her role at the Massachusetts Cannabis Control Commission after seeing first hand how jurisdictions weren’t doing all they can to extend equity to the most harmed communities.

Chelsea Higgs Wise is the executive director of the Virginia-based Marijuana Justice. It’s an organizing role focused on working with lawmakers to repeal marijuana prohibition and return resources to the communities most harmed by the drug’s criminalization.

In her view, securing reparations for the disrepair caused by law enforcement actions in communities most harmed by the prohibition of marijuana is a top priority.

“Marijuana charges have stopped entire communities and generations from upward mobility out of poverty,” Higgs Wise told Billy Penn. “This goes back a generation and it’s important that we tie the reparations and equity in that.

“If we don’t push them to say the word reparations — it’s not a bad word — then we’re not going to get it.”

Scott agreed with Higgs Wise. Both women said all 11 states that have already legalized marijuana have failed people of color in this area, and that the policy makers and industry pushers usually aren’t even thinking of it.

Pennsylvania’s pitch to legalize pot for COVID-19 recovery revenue outlines a plan to earmark half of the state’s earnings for historically disadvantaged businesses, but Black people in Philadelphia comprise 76% of all marijuana possession arrests, despite decriminalization. Possession of a small amount of marijuana (sans medical card) will earn you a  $200 fine in the city. Only about one in six people end up paying those fines, data shows.

Statewide in Pa., Black people are 3.6 times more likely to be arrested on marijuana-related charges. Is an earmark of 50% of potential tax revenue enough?

“I’m for the bill that is able to pass and make marijuana legal in Pennsylvania,” Fetterman said. “We’re never going to have a perfect bill that everybody loves. Legalize, decriminalize, stop what’s happened up to this point, and then we can agree to move forward.”

Fetterman envisions Pennsylvania’s end to marijuana prohibition to come with automatic expungement that avoids interaction with bureaucratic systems and “happens for everybody all at once,” he said. He facilitated an expedited criminal record expungement process “but that’s slow,” the Lt. Gov. said. “It’s one at a time and we have to group them.”

Saturday’s conference will feature info from panelists about marijuana legalization efforts in states across the country, best organizing practices and a conversation about the link between ending prohibition and abolishing the police.

Fetterman said he shot a video to air at the conference and called the mass conversation around marijuana legalization and race “long past due in Pennsylvania.”

“I think it’s something that this community’s been way ahead on. We have so much more important things to worry about than who’s using a plant, and punishing those people in perpetuity with a criminal charge surrounding that.”

Scott hopes the conference brings enlightenment and worthwhile connections to everyone who tunes in.

CannAtlantic is the first mid-Atlantic cannabis conference, according to its organizers. Higgs Wise believes interstate solidarity will help move the needle on equitable weed policy.

Higgs Wise said she’ll share how cannabis prohibition has affected Black communities, and she expects to be thinking about what’s at stake when it comes to legalization — “to either lose or gain.”