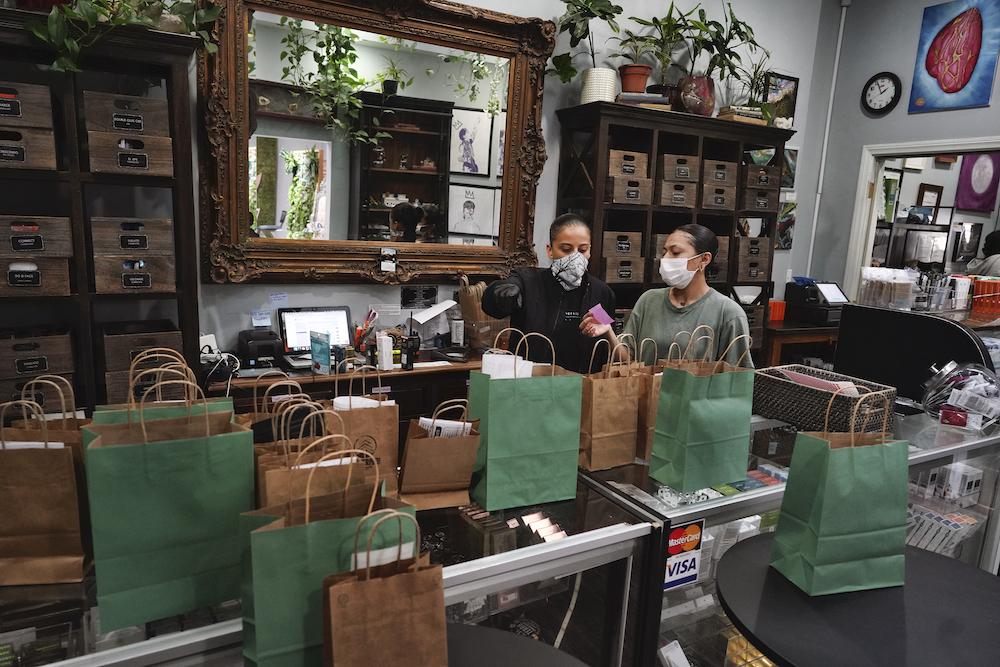 This story is part of the Prospect’s series on how the next president can make progress without new legislation. Read all of our Day One Agenda articles here.

Shortly after the election, House Majority Leader Steny Hoyer sent a “Dear Colleague” letter to members that outlined legislative priorities for the waning days of the 116th Congress. One of them is the Marijuana Opportunity Reinvestment and Expungement (MORE) Act. Hoyer indicated that the bill may come up for a vote in early December. A legislative victory, albeit in just one house, would complement decisions by voters who legalized marijuana in five states earlier this month.

MORE reflects realities on the ground: Marijuana is now mainstream, on a par with alcohol and tobacco. Pot consumers want to consume in peace. “Ganjapreneurs” want to quit hauling around trunkloads of cash and looking over their shoulders for bad guys, and law enforcement just wants to be done with all of it.

MORE would expunge federal convictions and arrests, deschedule marijuana by taking it off the Controlled Substances Act, and usher in a slew of other reforms designed to stabilize the marijuana industry. The bill has nearly 120 co-sponsors and counting, and at least three Republicans (Reps. Matt Gaetz of Florida, Tom McClintock of California, and Don Young of Alaska) have indicated that they plan to vote yes. MORE’s prospects are strong in the House. In the Senate, MORE would be a legislative capstone for its sponsor, Vice President–elect Kamala Harris.

Yet even if it clears the House, the MORE Act will be fast-tracked to Mitch McConnell’s graveyard for Democratic legislation. Should the Democrats take the Senate in January, the odds that the bill could surmount a 60-vote hurdle are slim. Executive action then becomes the vehicle to end the farce of federal prohibition. But anyone looking for federal legalization from the incoming administration won’t be satisfied with President-elect’s Joe Biden’s current stances.

Biden, one of the original war-on-drugs warriors, now supports decriminalization, swayed by the overwhelming evidence that locking up people for minor marijuana infractions ruins lives and wastes law enforcement and other public resources. The president-elect supports expungement and giving states the power to regulate the emerging legal industry without continually worrying about capricious federal actions. “Joe Biden’s evolutions on marijuana policy should not be understated,” says Justin Strekal, political director for NORML, the marijuana advocacy group. “He’s gone from one of the chief architects of the escalation in marijuana arrests in recent history to now calling for its decriminalization.”

But cannabis legalization, which is what the MORE Act’s descheduling would amount to, hasn’t found favor with the president-elect. The 2020 Democratic Party platform stripped out references to marijuana, a step backward from 2016. That Democratic Rep. Barbara Lee of California, a co-chair of the Congressional Cannabis Caucus and a longtime legalization leader, voted against adding a legalization plank to the party platform speaks volumes about the pressure placed on legalization advocates to get in sync with Biden. In a scenario where legislative and administrative descheduling have been ruled out, Biden could direct the DEA and the FDA to move marijuana to Schedule II of the Controlled Substances Act with other drugs with only a “high potential for abuse,” like morphine, codeine, and fentanyl.

Your donation keeps this site free and open for all to read. Give what you can…

The known contenders for attorney general have all stuck to the parameters of current marijuana realities. As Obama’s homeland security secretary, Jeh Johnson deprioritized the deportation of undocumented immigrants for marijuana offenses. Sally Yates, the former interim attorney general, is a member of the bipartisan Council on Criminal Justice, which has recommended that the federal government establish a waiver program that would free states from federal interference.

Yates, who’s been actively working on a framework that mirrors the President-elect’s own ideas, may prove to be a more compatible choice on this issue, as may Johnson, another known quantity from the Obamaverse. Former Alabama Sen. Doug Jones (Justice is seen as a consolation prize for Jones, who lost his Senate seat), however, supports legalization. Another AG candidate, California Attorney General Xavier Becerra, has termed threats to legal recreational pot, which his state sanctioned in 2016 (medical marijuana was legalized in 1996), “last century’s argument.” Merrick Garland, a federal appeals court judge and Obama’s failed Supreme Court nominee, is reportedly under consideration, too. But Biden would be better served by keeping Garland in his lifetime seat on the D.C. Circuit. The specter of another McConnell-Garland showdown is not an appealing prospect.

What is clear is that a two-tier system predicated on state liberalization and federal criminalization cannot stand.

For Biden to defy the pace of real-world changes on a purple issue like marijuana is a strategy that is at war with itself. On November 3, Arizona, Montana, and New Jersey legalized recreational marijuana; Mississippi, medical marijuana; and South Dakota, both. Conservative states like South Dakota and Arizona have moved the fastest from permissive frameworks to legalization. (In South Dakota, a person who tested positive for THC, the psychoactive component in cannabis, once faced misdemeanor charges.) Mississippi’s move may open the door to more sensible policies in the South. Govs. Ralph Northam in Virginia and Andrew Cuomo in New York have announced their plans to legalize recreational pot in 2021.

The commercial pressures on Biden are also formidable: Big Weed will take in nearly $37 billion by 2024, but major banking problems, such as handling large amounts of cash, persist, as most banks don’t want to get involved with a federally illegal product. Even in states that have gone full legalization, ganjapreneurs still encounter a host of difficulties, including the business disputes that land in federal courts, where they’re at a distinct disadvantage because the commodity in question is illegal.

Banking-sector tumult could be cleared up with another bill that might find favor even with McConnell. The proposed Secure and Fair Enforcement Banking (SAFE) Act would allow financial institutions to offer certain financial services to cannabis businesses, and make life easier for hemp businesses (which do have legal protections and are influential in McConnell’s home state of Kentucky) to secure those services as well. The House has passed a version of the bill, but the Senate has not come up with a compromise. Republican Sen. Pat Toomey of Pennsylvania, who may assume the Senate Banking Committee chair should the Republicans maintain their control of the Senate, has already signaled his support.

Your donation keeps this site free and open for all to read. Give what you can…

The industry’s problems came to a head during the CARES Act negotiations, when the House tried to secure relief for marijuana businesses. Concerned about banking and crime, and desperate for the revenues that the sector produces, state treasurers and attorneys general have urged Congress to include those businesses in the next COVID relief bill.

What is clear is that a two-tier system predicated on state liberalization and federal criminalization cannot stand. Failing to reconcile federal enforcement parameters in an era of state liberalization leaves African Americans and Latinos, who comprise the vast majority of the people arrested and convicted across the country, at the mercy of the less-permissive states, and victimized by loopholes or poor policing in ostensibly liberal ones. “You can’t look into the camera and say the Black community showed up for you and not take the word and advocacy of communities of color for these things,” says Kassandra Frederique, executive director of the Drug Policy Alliance, a major funder of the successful ballot measures.

The longer the descheduling-versus-legalization debate goes on, the murkier Biden’s path forward becomes. Despite the President-elect’s reservations, it’s hard to see a way to avoid federal legalization, especially as more controversial issues like decriminalization of all drugs move into the public arena. In November, Oregon voters legalized psychedelic mushrooms and decriminalized all drugs, the first state ever to do so. Washington state, California, and Vermont are also studying the issue, one that could end up dwarfing the current tempest over cannabis.