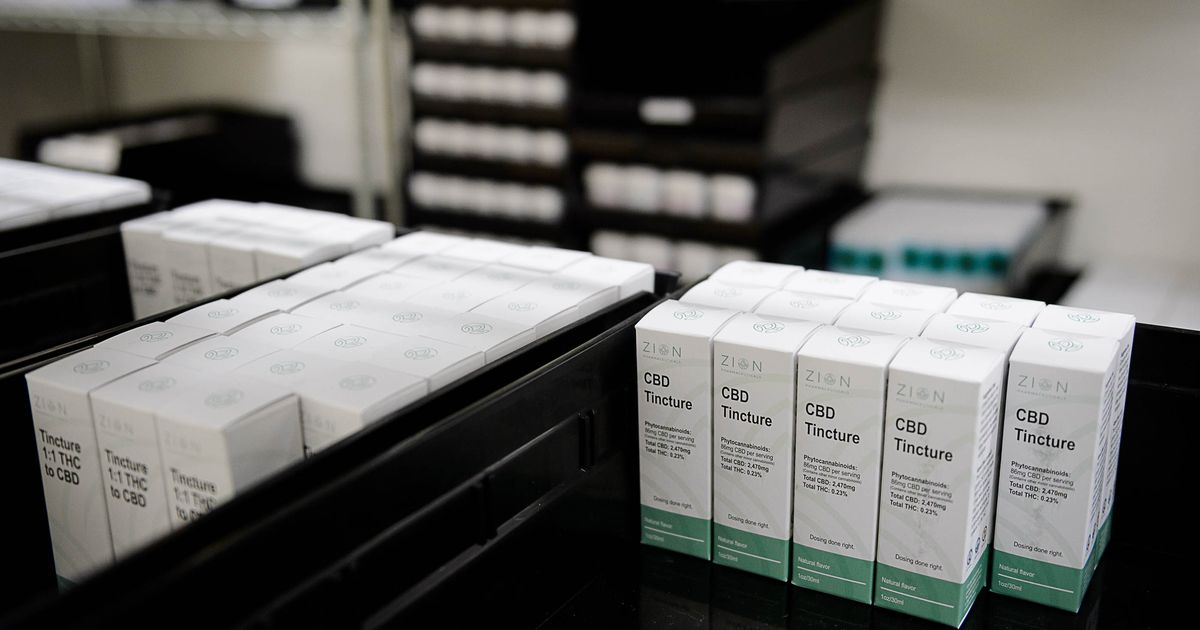 Utah could get a 15th medical cannabis pharmacy, as lawmakers seek to add options for patients who don’t live along the Interstate 15 corridor.
A lengthy proposal presented Thursday by Senate Majority Leader Evan Vickers would create an additional license for a pharmacy situated somewhere in rural Utah, with the goal of serving patients who now face long drives to buy cannabis.
“If you look at the licenses that we have issued … they’re all lined up on I-15, north to south,” Vickers, R-Cedar City, told the Senate Health and Human Services Committee. “On the west side of the state, it’s a little closer proximity, so we have some coverage. On the eastern side of the state and some of the more rural areas there, we don’t.”
Vickers’ bill, which passed the committee with a unanimous vote, would also put pressure on the existing pharmacy operators to open the doors of their establishments. Only seven of the state’s 14 approved marijuana pharmacies have opened in the year since legal cannabis sales began in Utah, and his legislation would require these retailers to get up and running by June 1 or risk forfeiting their license.
Additionally, SB192 would cap at four the number of licenses the state can issue for independent cannabis testing laboratories. It would institute an oversight board for cannabis growers, putting this panel in charge of reviewing cultivation license applications and holding a public hearing if a marijuana farm moves to a new location, changes ownership or undergoes other major shifts.
That provision, Vickers says, addresses some of the issues raised in a recent state audit, which identified concerns with the way the Utah Department of Agriculture and Food awarded the eight current cultivation licenses.
The bill would enable the state’s Compassionate Use Board — which considers cannabis applications filed for minors and by patients who don’t have one of the state’s qualifying conditions — to issue a cannabis card for a period shorter than the standard six months.
Industry members said they appreciated aspects of the bill but had reservations about other provisions.
“We only just received a copy of this bill late last week, as the industry was not involved in this draft,” said Greta Brandt of the Utah Cannabis Association, a trade group representing growers and retailers. “We are still working through the bill language. We do have concerns with the current draft language and it impacting operators in their operations.”
However, with only 45 seconds to testify during the hearing, her time ended before she could elaborate on her concerns.
This bill, which will now head to the full Senate for consideration, is the latest round of changes to the medical cannabis program initially approved by Utah voters at the ballot box in 2018. Just weeks after it passed, legislators replaced the voter initiative with a negotiated cannabis plan of their own making — and they’ve been tweaking it ever since.
Vickers said those adjustments are to be expected as the state builds a brand new industry and advised his colleagues to expect many more cannabis bills in the years to come.
“We sometimes joke about how we call [the cannabis law] the Christmas tree, because it just keeps on getting bigger by pages, by the day,” Sen. Luz Escamilla remarked during Thursday’s hearing.
Escamilla, D-Salt Lake City, has sponsored her own cannabis legislation this session. Among other things, her bill, SB170, would give doctors the freedom to refer up to 15 patients for cannabis cards, even if the physician doesn’t want to enroll as a qualified medical provider.
Advocates hope that change will aid patients who are struggling to find medical providers willing or able to admit them to the cannabis program. Her legislation has passed the Senate and is being considered in the House.