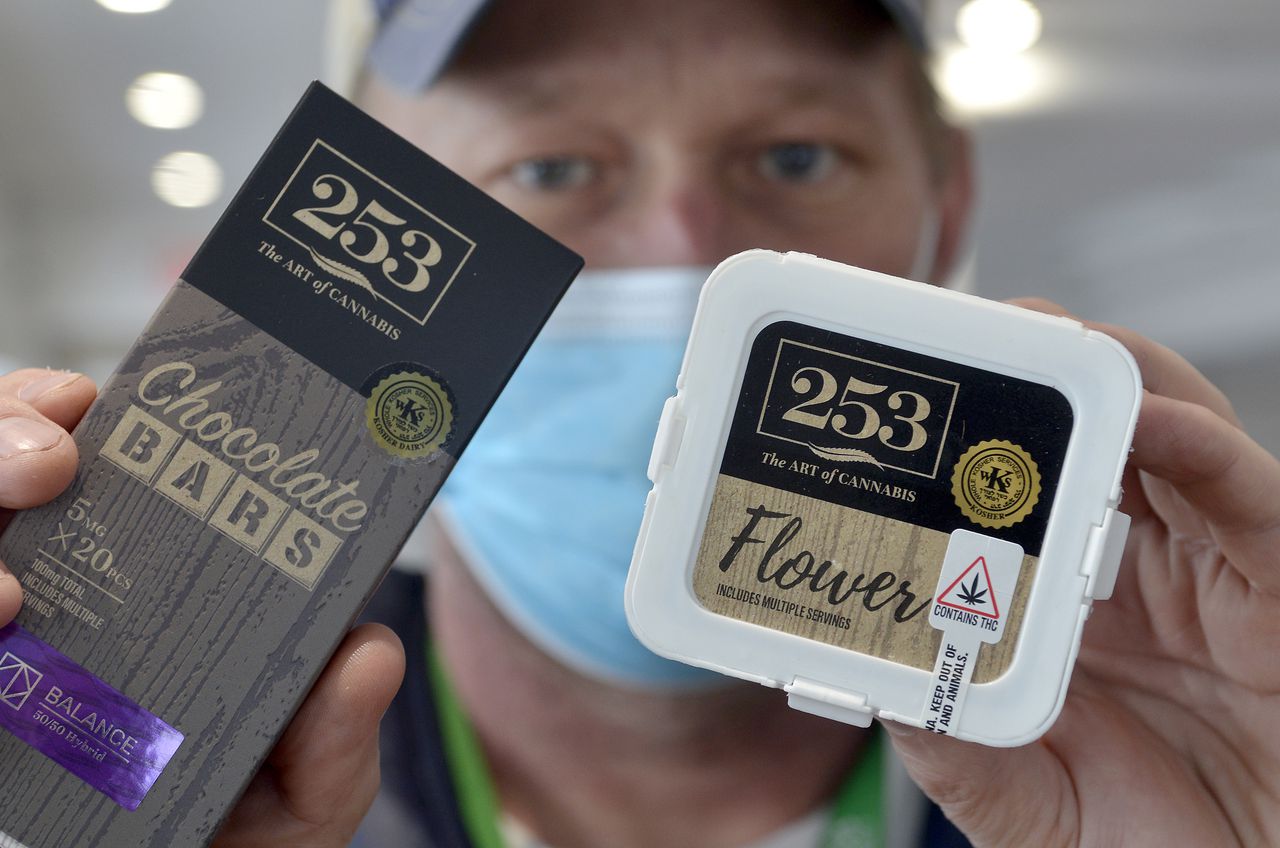 TURNERS FALLS — Why is this weed different from all other weed?

At 253 Farmacy, the cannabis and cannabis products are kosher. The designation is granted by a Texas rabbi who made it his mission to certify cannabis products as fit for consumption by observant Jews following the death of his young son from brain cancer six years ago.

Meanwhile, 253 Farmacy co-CEO Seth Rutherford says the kosher certification is a signifier of quality, both in methods and in ingredients. He and his partners — two investors are Jewish — want to differentiate their product by going above and beyond the already exacting regulations of the Massachusetts Cannabis Control Commission.

“We felt that it’s just another way to show how 253 does things up here,” he said of the kosher designation. “Quality, quality quality is what we are about.”

The shop was first certified as kosher in 2019, and the owners say they’ve been told they are the such shop between Maine and Florida. The certification is renewed every year.

253 Farmacy is the trade name for parent company 253 Organics, and it boasts on-site production and growing and local management. The shop describes itself as “deli style” in its online marketing.

The certification comes from Rabbi Yaakov Cohen of Whole Kosher Services in Houston, Texas. He wanted to dispel some misunderstandings.

“Kosher does not mean blessed by the rabbi,” Cohen said in a phone interview. “Kosher basically is a very specific set of laws that are brought down from the five books of Moses covering a huge spectrum of food groups.”

That includes familiar prohibitions against mixing meat and dairy, and the use of products from non-kosher animals such as pigs and shellfish. Cohen said kosher certification also includes enforcing the complex livestock slaughtering laws attributed to Moses.

But it can be hard for the average consumer to understand how those kosher rules apply to cannabis.

Cohen said gummies offer an easy-to-understand example. Kosher gummies can’t be made with gelatin, which is made from collagen — which often comes from pigs. Kosher gummies are made instead with fruit pectin, a vegetarian product.

Rutherford said he has to buy kosher ethanol for the lab, a solvent used to prepare extracts, because of rules governing alcohol.

He said all the ingredients and products required by kosher rules are more expensive and harder to get. But the kosher designation fits with the organic rules 253 Farmacy also follows.

“We really want to have a nice Zen feeling,” he said.

Cohen said 40% to 60% of the products in an average grocery store are kosher.

“It says there are another pair of eyes on it,” he said. “People see it as a safer, healthier product.”

Companies that get kosher certifications generally see a boost in sales of about 15%, and not all customers buy kosher for religious reasons.

But Rabbi Shlomo Yaffe of Congregation B’nai Torah in Springfield might be here to harsh the mellow.

He said that while Judaism permits alcohol in moderation, the faith’s teachings frown upon intoxication.

Cohen said he focuses on medicinal uses of cannabis. But he doesn’t limit his work to the medicinal side of the legal cannabis industry. He also provides certifications to what the state of Massachusetts calls “adult use,” or recreational products.

“I want to make these products more broadly available,” Cohen said. “Not everyone has access to medical marijuana. I want to take down barriers.”

Cohen said he’s not the only rabbi certifying kosher cannabis and cannabis products. He has certified 15 to 20 companies already, mostly in California and on the West Coast.

Another rabbi proposed a kosher cannabis project in Lynn in 2019. But that company, Essence Labs, isn’t open yet.

Cohen said cannabis oil helped his son during the boy’s illness. He and his wife were able to get it in California, but authorities intercepted a shipment meant for their home in Texas. Without the oil, Cohen said, his boy’s condition worsened. Cohen recently related the story in a “My Turn” column in Newsweek.

253 Farmacy touts the kosher certification in its marketing, Rutherford said.

And Yaffe said members of his congregation told him they saw those ads, and have asked him about it.

“They thought it was funny,” he said.