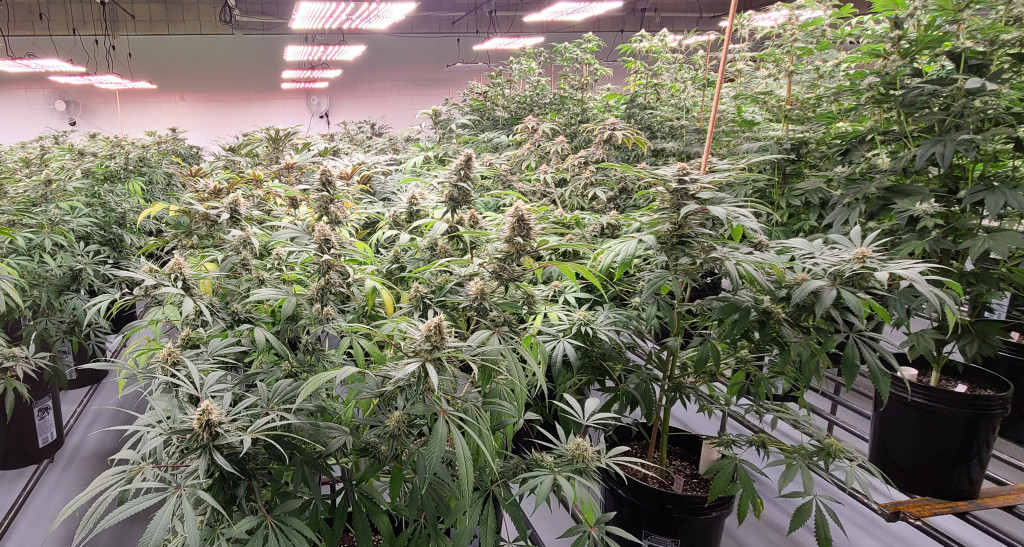 HURON — On Nov. 3, 2020, voters in South Dakota took to the polls and were asked if they were in favor of allowing marijuana to become legal to use in the state, both recreationally and for medicinal purposes.

The use of recreational marijuana was approved by the voters, 54% to 46%. Despite that approval, it was challenged in court and was declared unconstitutional.

Since that time, the S.D. Legislature has undertaken the challenge of the issue. Recreational marijuana is back on the 2022 ballot this fall, as Initiated Measure 27.

Medicinal marijuana is a different story.

It was also approved by the voters, by a much wider 70% to 30% margin, and the legislature has put in place rules and regulations, Codified Law 34-20G, for the process to take place. Local government entities – towns, cities and counties – have created and refined ordinances for requirements for the creation of licensed dispensaries throughout the state.

As of June 22, a total of 67 dispensaries have received approval to market medicinal marijuana to those who have a S.D. issued medicinal marijuana card, with product that has been tested for its THC content and microbials, and grown in a state-licensed growing facility, of which there are 25 currently in the state. Microbial testing ensures that no pathogens or fungi are present in the sample.

Also, through June 20, there were 106 physicians approved to issue cards and 1,151 approved patient cards in the state. Each step of the growing, testing, packaging, shipping and selling process is tightly-controlled and highly-monitored.

Once the decision to become a licensed dispensary has been made, there are several requirements put forth by both the state and local governmental entities. In Beadle County, for instance, an application for a permit must be presented to the county, along with a $1,000 application fee. If approved by the county, the application is forwarded to the state for approval by the S.D. Department of Health. Likewise, applications follow much the same pathway for the city.

While these dispensaries have been received their respective city approval, they have not, as of June 24, been certified by the state.

There is one state-approved grower in Beadle County, Dakota Natural Solutions Grow, LLC, located in Wessington and owned by Glenn Jungemann of Huron.

There is currently one testing facility in the state, which is located in Flandreau.

Information on medicinal cannabis in South Dakota can be found at medcannabis.sd.gov.

Jungemann is the CEO of DNS and Ryan Block is the Chief Operating Officer. Block oversees the facility and a small staff, including a Director of Cultivation who has been involved in the cannabis growing industry for several years.

At present, five growing rooms are utilized — a seeding and cloning room, a pre-vegetative room, two vegetative rooms and one flowering room, in approximately 10,000 square feet. As the plants germinate and begin to grow, cuttings are taken from those plants deemed the strongest and best candidates for cloning.

Cloned plants begin life in a small, self-enclosed environment with nearly 100 other plants similar in size.

Then, as they grow, they’re moved to a larger container and then later into a five-gallon bucket that will continue to be its home throughout. A blend of coconut husk compost and other organic matter are all that is used in the growing.

Those cuttings go through a process not unlike what houseplants go through, when cuttings are taken and new plants are created. It is a way to ensure that only the strongest plants make up the next generation. Most of the plants are replicas, and the use of cuttings of existing plants cuts two to three weeks off the growing time.

Ultimately, the goal is to continue the lines that prove most hardy, that have the highest yield and have a longer flowering cycle, through the Darwinian elimination process.

“Right now, we have about 15 different varieties,” said Block. “Over time, we will pare that down to maybe six or eight varieties – consumers will guide those decisions.”

Throughout that process, the temperature, humidity and exposure to light are tightly controlled, and potential contamination is addressed with disinfection of shoes and clothing.

Nobody touches a plant in the operation unless he or she is wearing latex gloves. All of the cannabis that comes from the site is organic, and is, according to the belief of the DNS staff, the only organic site in the state. There is no spraying of any kind.

The plants move from room to room as they mature. At some point, some of the plants become “mothers” and have cuttings harvested, starting the process over again, while others will continue their course toward setting flowers and buds that will be harvested, then dried, cured and packaged for sale in a medicinal marijuana dispensary.

Packages will have the name of the strain, the weight of the package and the THC level of the cannabis in the sealed package. It will be available to only those people who have a state standard medical cannabis card.

The two factors that determine how cannabis plants grow – the plant’s genetics, and its growing environment are both addressed in the facility.

“Over time, it is a goal for us to develop new strains by cross breeding plants,” Block said, “to more specifically target particular attributes and provide a unique product for consumers.”

The type of plant or any organism is defined through its genotype. The genotype presents the ability to have a range of different possibilities. For example, let’s look at corn.

Corn is a genotype, but all varieties of corn are different. They have different phenotypes. While the genotype defines the type of plant, the specific expression of a particular characteristic or growth is its phenotype. Field corn, sweet corn and popcorn are all corn – they have the same genotype…they’re all corn. But their phenotypes, which has been established through cross breeding and refinements designed to create a specific outcome, are all different.

“We apply basic agricultural principles,” Jungemann said, “In a 120-day growing season that is highly controlled at all stages.”

A positive history
Cannabis is a plant, with products from its growing dating back to the ancient world, up to 5,000 years ago and while there is only Cannabis is a plant-based, or botanical, product with origins tracing back to the ancient world. According to an article in the National Library of Medicine, there is evidence that cannabis was first used medicinally around 400 AD.

Cannabis was widely used as a patent medicine in the 19th and early 20th centuries and was listed in the U.S. Pharmacopeia for the first time in 1850. Federal restriction of cannabis use and cannabis sale first occurred in 1937 with the passage of the Marihuana Tax Act and cannabis was dropped from the United States Pharmacopoeia in 1942, with legal penalties for possession increasing in 1951 and 1956 and prohibition came about under federal law with the Controlled Substances Act of 1970.