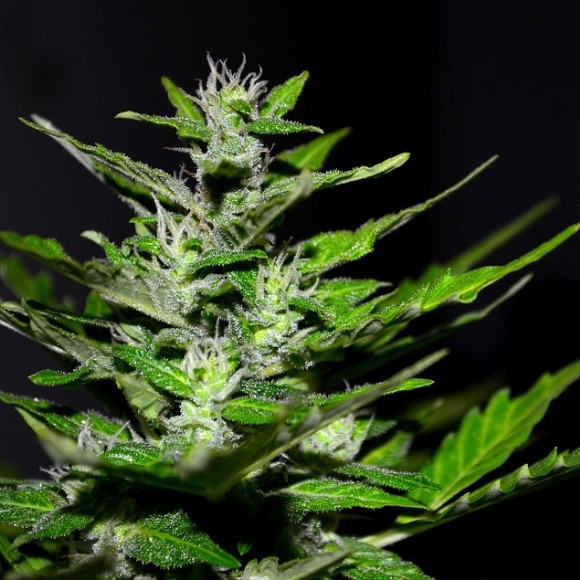 An in vitro study led by Mark Blaskovich of The University of Queensland’s Institute for Molecular Bioscience’s Centre for Superbug Solutions (Australia) has identified potent antibiotic properties possessed by cannabidiol (CBD). The cannabinoid was found to be active against Gram-positive bacteria such as Staphylococcus aureus and Streptococcus pneumoniae. This property of CBD has been little documented in the literature and seems to add to the expanding list of things that the cannabinoid can accomplish; but first, what are the established facts about CBD and what are its benefits and negatives?

CBD is the most common active constituent of marijuana extract after THC; however, unlike its fellow cannabinoid, it does not induce the psychoactive effects for which the plant is famed. CBD has been examined in medical trials looking into a variety of conditions and diseases such as anxiety, cancer and epilepsy where it has proved effective. In the context of medical CBD use, the cannabinoid is usually extracted from the Hemp plant as opposed to marijuana.

What are CBD’s effects?

While CBD is not psychoactive, the chemical is certainly an active ingredient. The real-world applications of this activity may have been wildly exaggerated in certain instances, with claims of complete remission from cancer in existence despite a dearth of evidence to support the claim, but studies have proved CBD effective in some cases. Anxiety, for instance, has been shown to be attenuated by exposure to CBD in human clinical trials. Perhaps the best example so far is the effect of CBD in patients with epilepsy, particularly the subtypes Lennox–Gastaut and Dravet syndrome, which present in childhood. The treatment of these disease with CBD has yielded the first and so far only US FDA-approved drug, named Epidiolex, whose main active ingredient is CBD.

The benefits of CBD are frequently extolled in the media, yet as with any active compound there are adverse and unintended effects. It is important not to too heavily buy into the frequently sold idea that, due to CBD’s naturally occurring source, it is distinguishable from the active ingredients in established pharmaceuticals and therefore lacks any sort of negative impact on physical or mental health. In the observed side effects for Epidiolex for instance, mild liver damage, sleepiness, sedation and lethargy were all observed, with more severe liver damage occasionally leading to nausea, vomiting and abdominal pain. What’s more, the catastrophic and most concerning side effects observed in all epilepsy therapeutics— thoughts and attempts of suicide; worsening or induced depression; aggression and panic attacks – are unfortunately not exempt from Epidiolex.

Working alongside Botanix pharmaceuticals, an early-phase drug discovery company, Blaskovich and his team explored the potential of topically applied CBD in the treatment of skin conditions, attempting to answer the question: does CBD have antibiotic properties? The results displayed a surprisingly powerful antibiotic effect against Gram-positive bacteria that was comparable to existing antibiotics, including vancomycin and daptomycin, which are currently in use to combat such infections.

A particularly prevalent finding was that the potency of CBD did not diminish with prolonged exposure to the bacteria. The performance of CBD was tested in the long-term exposure conditions that typically result in bacteria developing resistance towards vancomycin and daptomycin, therefore attenuating the response to the antibiotic and reducing its efficacy. However, this was not the case with CBD, which was capable of maintaining a continuous and potent antibiotic effect.

To add to the list of positive results, CBD was also found to be effective at disrupting biofilms: a form of bacterial growth that often occurs in wounds and involves the bacteria communicating to form a lattice that is difficult to penetrate with many types of therapeutic.

Clearly excited by the potential of CBD for the treatment of microbial infections, Blaskovich expounded on the results, stating: “Given CBD’s documented anti-inflammatory effects, existing safety data in humans, and potential for varied delivery routes, it is a promising new antibiotic worth further investigation. The combination of inherent antimicrobial activity and potential to reduce damage caused by the inflammatory response to infections is particularly attractive.”

With the potential applications of CBD seemingly growing every day, occasionally linked to spurious or outlandish claims, studies such as this that focus on the measurable clinical impact not only spell positive implications for the field of antibiotics but also go some way to validating the compound as a legitimate potential therapeutic.

For more from Mark Blaskovich on antibiotics read;