Cannabis could be used instead of prescription and over-the-counter medications—including opioids—to treat pain and insomnia, researchers have found. The team also found that many people who took marijuana for pain had been able to stop taking opioids, potentially suggesting it could lower the use of these pain relievers.

America’s opioid epidemic began in the 1990s when pharmaceutical companies told doctors that patients would not get addicted to opioids, so they were increasingly prescribed. However, they were addictive. This led to increasing misuse, including people turning to illegal opioids such as heroin. In 2017, the U.S. Department of Health and Human Services declared a public health emergency. It is estimated that 130 Americans die from an opioid overdose every day.

Cannabis has previously been looked at in relation to the epidemic. In May, researchers at the Icahn School of Medicine at Mount Sinai published a study showing how cannabidiol (CBD)—a chemical in marijuana—helped former addicts with their cravings and anxiety, as well as lessening stress. The study sample—42 recovering addicts—was small, but the findings helped show that cannabis could play a role in the opioid crisis.

In a study published in the Journal of Psychoactive Drugs on Monday, a different team of researchers looked at how cannabis helped with pain relief among customers of a dispensary in Colorado. In this state, use of the drug is legal for both medical and recreational use. The team surveyed 1,000 people who bought the drug privately.

The team say far more research will be needed before any recommendations about using cannabis for pain relief can be made. At present, the health benefits and side effects of cannabis are not well understood. The CDC says evidence showing cannabis can be used to treat pain is limited, and there is research linking the drug to mental health problems.

Study author Gwen Wurm also said there are limitations to the research—the findings come from self-reported information and details about what other drugs participants were taking was limited to what the individual chose to disclose. „The type of cannabis and mode of use of cannabis may vary and we do not explore this is in this survey,” she told Newsweek. „Until we can get to that level of detail, doctors will be unable to recommend effectively to patients. We need much more research and freedom to research the therapeutic effects of cannabis.”

However, she also said cannabis appears to be reasonably safe, without a risk of overdose. The addiction rate, she added, is estimated to be around nine percent. In terms of cost, Wurm said this will largely depend on the legal status on each state—where recreational use is limited, it may be more expensive. 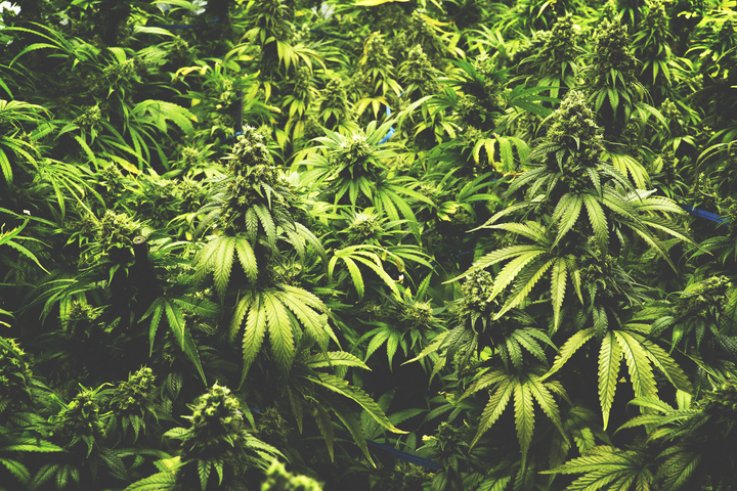 Next, the team hopes to look at cannabis use over time to see if it continues to help with pain and sleep problems. „Patients are using cannabis and we need to do our best to learn how to guide them to safe and effective use.”

Continuing, she said: „6.7 percent of people [aged] 55 to 65 are using cannabis. That percent is growing. Older adults may be using it for medical type purposes, the medical community needs to be able to give evidenced-based guidance to this group. We need much more research and federal funding in this area.”

Tom Freeman, Lead Director of the Addiction and Mental Health Group at the University of Bath, U.K., who was not involved in the study, commented on the findings. He told Newsweek that while cannabis appears to have been found to be helpful for many people, that „caution should be urged when interpreting these findings due to the self-selecting sample of people attending medical cannabis dispensaries, and the lack of randomized controlled trial evidence to determine medical efficacy and safety.”