On the fifth floor of Barneys in Beverly Hills, past the racks of plaid $390 Burberry slides and spiky $1,995 Christian Louboutin sneakers, sits a tiny store-within-a-store called the High End. It might just be the fanciest head shop in the world.

Visitors are greeted by an array of marijuana products displayed on a marble-dust-and-quartz-crystal slab, all made by Beboe, a luxury cannabis brand launched two years ago. There’s a box of seven prerolled joints for $60, a $25 tin of sativa pastilles and a special edition black-and-silver Barneys vape pen loaded with 120 puffs’ worth of THC—for the high, high price of $60. Don’t want to get stoned? There are also CBD-infused serum bottles and face masks.

As cannabis becomes legal across America—11 states have adopted laws allowing for recreational use, while 22 others permit only medical marijuana—it’s finally becoming the sprawling business its proponents have long envisioned. Last year the legal marijuana industry generated more than $10 billion in sales—and about 250,000 jobs—with some studies suggesting it could reach $26 billion in the next six years.

And that’s where Beboe is perfectly positioned. At its High End boutique, for instance, a concierge takes your order and a delivery service drops it off anywhere in Los Angeles County. (The law still prohibits customers from walking out with a purchase.) Beboe also sells its wares in stores ranging from the popular MedMen dispensaries to Neiman Marcus.

As Beboe has grown, bigger players in the industry have taken note—particularly Green Thumb Industries, a publicly traded cannabis company with a $2 billion market cap. This year, GTI bought Beboe in an all-stock deal that closed in February. Terms were not disclosed, but industry insiders place the sale price at around $80 million, with annual revenues in the low millions; Beboe products are now available in 125 stores in California and Colorado, but with GTI’s muscle, the brand will expand into other states this year. 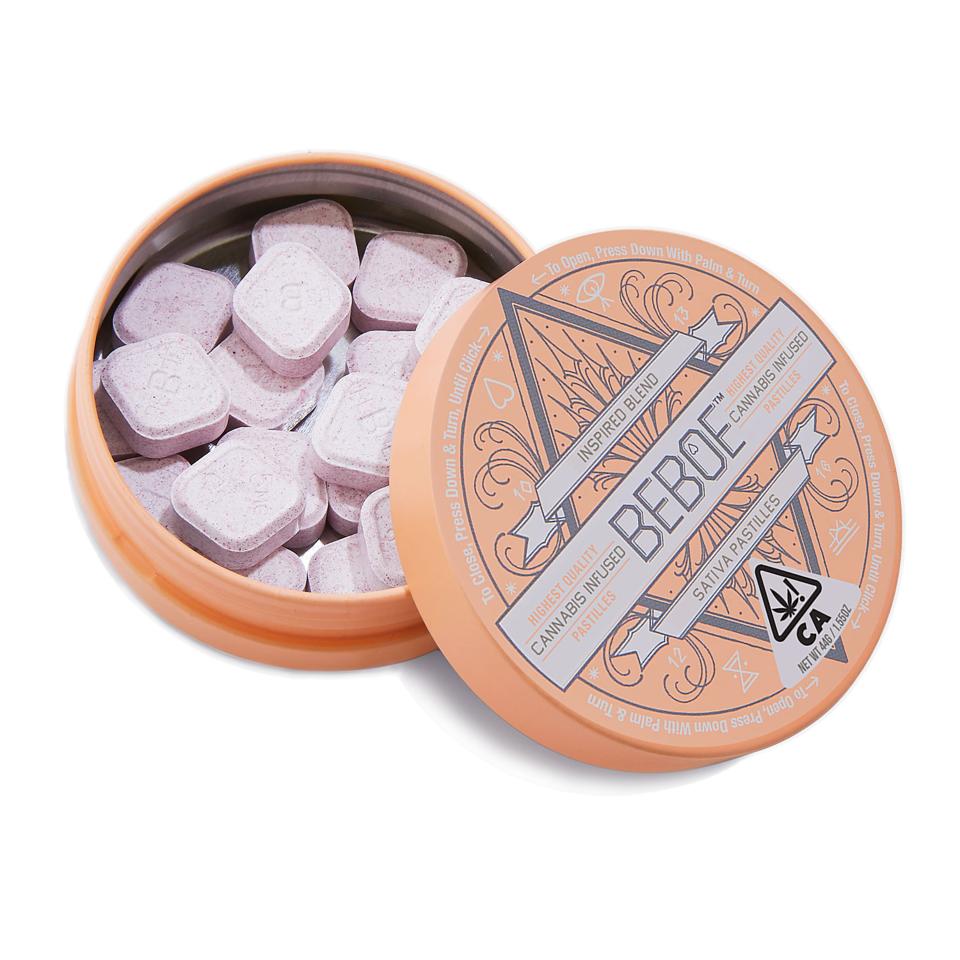 DANDY CANDY: Beboe’s pastilles contain only 5mg of THC and 3mg of CBD, which is not psychoactive and blocks some of the high.

“The way to win is to own the booze and not the bar,” says GTI founder and CEO Ben Kovler. “Beboe is an example of one of those branded, consumer packaged goods that develops an authentic, honest relation with the consumer.”

Beboe’s founders have also seen more than just the luxurious side of the cannabis green rush. Campbell, who is married to the actress Lake Bell, got his start at a tattoo parlor that sold drugs in the back, eventually working his way up to inking the likes of Robert Downey Jr. and Jennifer Aniston. Meanwhile, Kwan, 42, put himself through the University of California, Berkeley, by growing—and peddling—pot before pivoting to a fashion career at Diesel and Net-a-Porter.

Campbell and Kwan met on an airplane in 2014 and discussed starting a cannabis farm. But they quickly realized that the path to profit—like in fashion—was about the brand. They named their startup after Campbell’s maternal grandmother, Bernice Boe, who baked pot brownies to ease his mother’s pain as she fought cancer throughout his childhood. The duo raised $1.7 million from friends and family, but when they launched their products in 2017—with an aesthetic that calls to mind Hermès bags more than dime bags—dispensary operators didn’t get it. 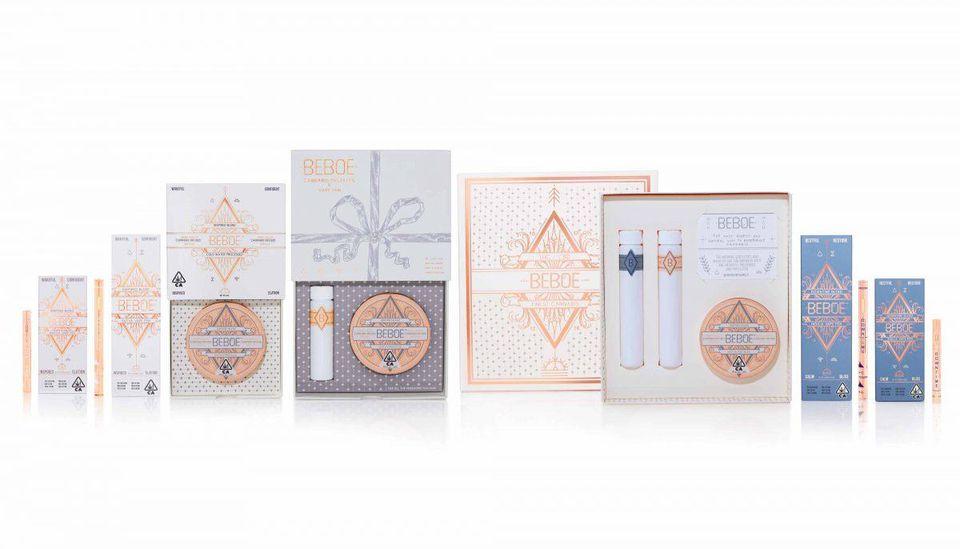 “‘I know this is crazy, but there are actually people who aren’t trying to be stoned all day long,’” the 42-year-old Campbell remembers explaining. “It was an uphill battle at first, convincing people that less THC was actually more desirable to some consumers.”

“The way to win is to own the booze and not the bar. Beboe is an example of one of those consumer packaged goods that develops an authentic, honest relation with the consumer.”

Campbell and Kwan responded by giving skeptics free samples. Inevitably, they’d come back for more, with a common refrain: “My wife loves that stuff.” Beboe had established a rarified, Goop-esque customer base—about 70% to 75% female. The senior team at Beboe is also composed of women (including CFO Carol Koh Evans, a Microsoft alumna), which helps the company better understand its female customer. “They have discerning taste and are health-conscious,” says marketing vice president Kiana Anvaripour, “and they want a beautifully designed product.”

To be sure, luxury green isn’t guaranteed to turn into gold: The specter of federal intervention still looms—especially under the current administration. But Campbell and Kwan don’t expect the industry to go to pot. By receiving equity in GTI, they have an incentive to keep doing what they do best as cannabis becomes both legal and more socially acceptable. “What’s exciting about deregulation of weed is not making it easier for stoners to get stoned,” Campbell says, “but bringing new people to it.”