Shortly before I sat down to begin writing this, I squirted a 1 milliliter dropper of full-spectrum hemp extract, also known as CBD oil, under my tongue. It contained – according to the bottle – 6.25 mg of CBD per dosage, and tasted – also per the bottle’s label – of cold-pressed oranges.

I wasn’t sure what to expect, if anything. But with the mania around CBD approaching fever pitch, I was curious to know if I, too, could in some way be touched by its allegedly remarkable powers of stress reduction, relaxation, and all-around wellbeing. We live in dire times. What’s the harm in trying to get away from it all without actually having to go anywhere?

I bought the oil a week ago at the 420 Store, which bills itself as “New York’s first luxury, dedicated CBD store”. Most of its wares are displayed sparingly on pristine white shelves, and run the gamut from bath salts and skin creams to flavored gummies and tinctures. All contain some amount of CBD, a non-psychoactive cannabis compound (different from THC, the plant’s main psychoactive compound). 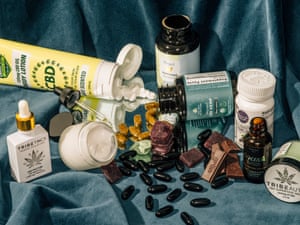 The shop has a self-serious, high-gloss ambience, with a touch of wellness-derived spirituality thrown in, like some hybrid of Sephora and a Burning Man prayer circle. It made me want to laugh, but also made me mad, which is the same reaction I have to most attempts of the wellness industry to commodify and market the myriad stresses that accompany our attempts to exist in the modern world.

The 420 Store opened its doors in June, six months after hemp was removed from the FDA’s list of controlled substances. Although there were already plenty of CBD products on the market, this had the effect of ungating a dam; suddenly CBD seemed to be everywhere, from bodega counters to subway ads to shiny Soho storefronts to Walgreens. CBD had effectively become the new pumpkin spice, sprinkled on products high and low and everywhere in-between in an attempt to cash in on its alleged magic.

CBD is purported to provide relief from a host of bodily ills like inflammation, pain and digestive problems to stress and anxiety. As such, the market is now crowded with CBD-infused chocolate bars, beverages, gummies, body lotions, pills, tinctures, face masks, and pain creams. The products are not limited to humans: a reportedly growing number of pet parents now turn to cannabidiol as the latest remedy to treat their pups.

I had read a lot about CBD in preparation for my experiment and had mixed, which is to say highly skeptical, feelings about it. On the one hand, I know plenty of people who have found relief from a host of ailments in both medical cannabis and CBD products. On the other, where opportunity appears, snake oil quickly follows. A 2017 study by the Journal of the American Medical Association compared 84 different CBD products sold online and found that almost 70% of them under- or over-labeled their dosages. 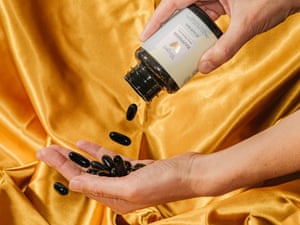 The effect of Winged’s Happiness softgels: “I felt nothing (aside from disgust for the company’s car salesman-esque messaging).” Photograph: Cole Wilson

Dr Jordan Tishler founded and has run the Boston-based medical cannabis practice InhaleMD for six years (which in the cannabis world, makes him “one of the old guys”, he said). He’s also an instructor of medicine at Harvard Medical School. He takes a slightly dim view on the CBD gold rush. “I’m like, this is a side step; this is foolishness,” he said. “People are so obsessed with talking about CBD that they’ve stopped talking about cannabis. And at the end of the day, cannabis is what helps my patients. CBD is close to useless.”

Topicals, Tishler explained, wouldn’t do anything to me (“They’re another mythology– cannabinoids don’t go through your skin,” he said). Ingestible products such as vapes and oils might have an impact, but have been known to contain heavy metals like arsenic and mercury. The FDA doesn’t regulate cannabis products, and many of them aren’t subjected to third-party laboratory testing. Tishler recommended buying products only from legitimate dispensaries that require a medical marijuana card, which I didn’t have, so I went for the OTC variety.

I started with the topicals: TriBeauty’s CBD Superfood Mask, Tribe Revive’s CBD-infused pain cream, TriBeauty’s CBD eye cream, and Uncle Bud’s CBD body lotion. All of them smelled nice; the pain cream had a pleasant wintergreen aroma, while the face mask was redolent of pineapple (it doesn’t actually include pineapple, though it does include kale, spinach, and green tea). And all of them were, well, creamy; I appreciated their ease of application and lack of discernible oiliness.

Did any of them make me feel anything? No. Of course they didn’t; the only thing I felt was the menthol in the Tribe Revive pain cream, which made my arm tingle like I’d slathered on Bengay. The amount I was getting from the creams was miniscule, in the ballpark of 1 to 5 mg. The doses that tend to be effective in humans, says Tishler, are 10 to 20 mg per kilogram. “The average human is about 70 kg,” he says. “That’s 700 to 1400 mg of CBD per day. Nobody can get that.”

Annoyed but not surprised, I pressed on to ingestibles. I bought the Vitamin Shoppe’s Ancient Nutrition’s organic CBD hemp caplets (10 mg) and Winged’s Happiness “mood support complex”, (15 mg of CBD per soft gel, “uniquely formulated for women”). From the 420 Store, I bought Wyld’s blackberry gummies (25 mg per gummy); Grön’s Fair Trade dark chocolate bar (100 mg per $23.99 bar – yes, you read the price correctly); and Toast’s cold-pressed orange tincture (250 mg of CBD per one-ounce bottle) – the one I took before I started writing this. From TribeTokes, I tried Tribe Tincs’ full-spectrum CBD tincture (1,500 mg of CBD per one-ounce bottle).

Had I taken them all at once, I would have easily exceeded the 700 mg mark, but the thought of potentially incapacitating myself with CBD was not appealing. I had a job and shit to do. So I proceeded with some vague sense of moderation.

Unlike the lack of effectiveness of the topicals, the ingestibles presented a spectrum of results. On one end were capsules by Winged. One capsule’s evening primrose oil and “good mood complex”, it read, “may support balanced hormone levels as well as the brain’s ‘happy’ neurotransmitters serotonin and dopamine. Get your smile on girl!” Instead, I felt nothing (aside from disgust for the company’s car salesman-esque messaging) .

Toast’s tincture did taste and smell just like oranges, as advertised, but was similarly uneventful. As for the Grön bar, it tasted like any other decent artisan chocolate bar, but the idea of eating the whole thing just to glean some kind of purported CBD effect was unappetizing. So I gave up, unaltered. 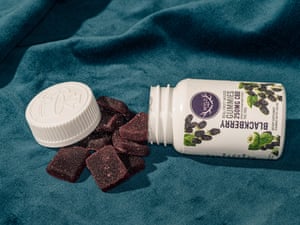 Trying to toe the line between Tishler’s recommended effective dosage, my need to be a functioning adult, and, at this point, determined to feel … something, I took the Tribe Tinc’s prescribed 50 mg dosage. While I disagree with its claim of flavorlessness – to me, it carried a definite note of weedy funk – it did produce a noticeable feeling of general wellbeing, a sense that life had somehow become something I didn’t need to worry about very much.

I felt my mind stray from thoughts of deadlines, rising sea levels, and the president’s sphincter-like visage to how beautiful my bag of frozen compost looked when I removed it from the freezer. Whether this was because I took it on the weekend or wasn’t feeling particularly anxious to begin with, I don’t know; there’s also the possibility of the (very real) placebo effect. But what I can say is that, for whatever reason, 50 mg of CBD seemed to have a positive effect on me, insofar as it seemed to redirect my mind to a more sunny locale.

Likewise, taking one of Wyld’s 25 mg gummies seemed to alter my outlook on the day. It helped that the gummies actually taste like blackberries and are thus delicious; they also have a pleasing soft-chewy texture. Not long after taking one, I started to feel somewhat relaxed – so relaxed that I literally walked into traffic later that afternoon (thankfully, it was moving slowly, as was I).

For my last adventure in CBD, I decided to go big, and also straight to the source. On a sunny Thursday afternoon, I climbed a flight of stairs to the snug but brightly lit Lower Manhattan office of Tribe Tokes. There I was greeted by Kim Byrnes, the company’s cofounder, who proceeded to guide me through a CBD dab. Byrnes, clad in midriff-bearing athleisure wear (she’s also a longtime pilates instructor) is an incredibly enthusiastic proponent of both CBD and THC – both, she told me, have helped her treat her ulcerative colitis and other ailments. She sounded almost encyclopedic as she talked about the numerous methods of CBD ingestion and their comparative merits. 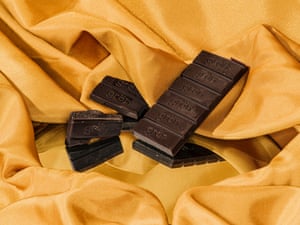 A dab is a highly concentrated form of CBD, containing about 10-15 mg of CBD. You inhale its vapor through a dab rig, a close cousin to the bong. The result, Byrnes said, is a “body high – it feels nice and relaxed and calm”.

She put a concentrate of 7 Point Natural’s CBD Terp Sauce, a mix of CBD crystals and cannabis terpenes (organic compounds) in the rig’s nail and heated it up. I sucked the resulting vapor deep into my lungs, and, because I’m a rank amateur, scorched my esophagus. But on my second pull, I managed to get light-headed for a minute, and then felt … fine.

It was only after leaving the TribeTokes office that I began to understand what Byrnes was talking about. All of the afternoon’s obstacles seemed to fall away from me, leaving me to walk a clear, gloriously smooth path through the rest of my day. Tourists walking four abreast down the sidewalk? Whatever, I thought. They’re just enjoying my city’s unparalleled beauty. A 15-minute wait for the train home? Not a problem, I thought; more time to watch adorable rats frolic on the tracks.

I felt beatific rather than annoyed by all of the obstacles the city placed in my path. But more than anything, I felt lucky. I am lucky that I’m at a point in my life where I’m not suffering from aches and pains or even much anxiety, aside from the usual geopolitical-climate-crisis-end-of-days variety. Had I written this story a few months ago, when I was dealing with the aftermath of a terrible relationship and wrenching shoulder and back pain, I might have been much more receptive to the claims being made by the CBD industry. But on this day, I was a contented skeptic.

My head felt clear, my limbs felt loose, and the world rolled out its carpet in front of me, beckoning me to bask in the sunshine of my mind’s own invention.