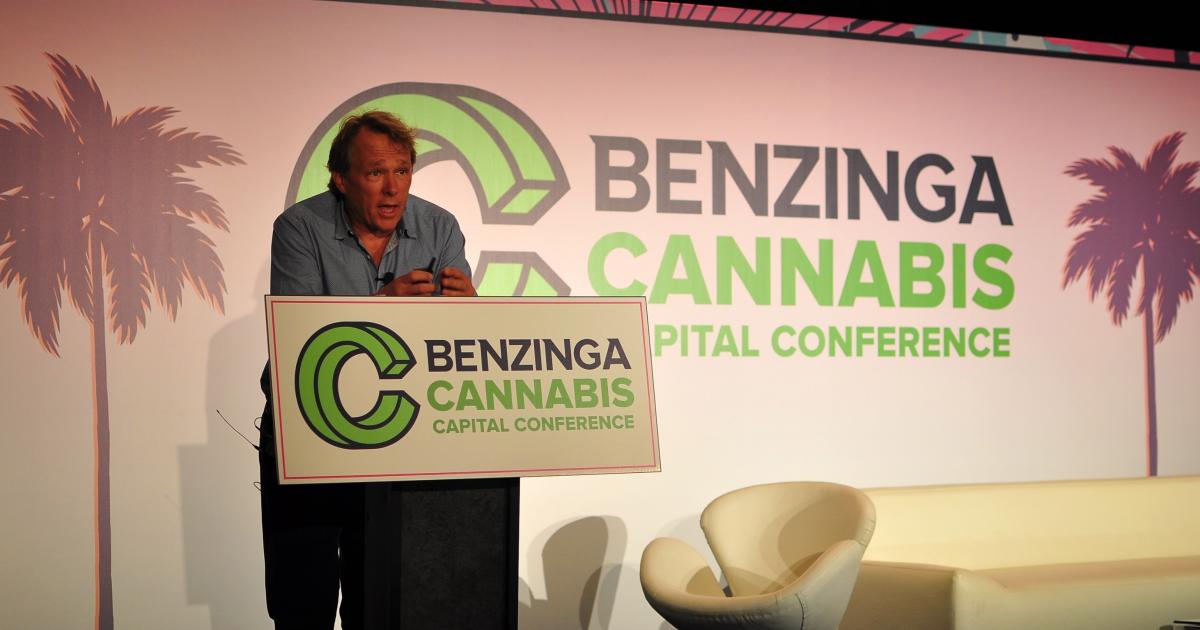 After being fired from his position as CEO of Canopy Growth (NYSE: CGC) in July 2019, Bruce Linton spent the better part of last year giving speeches and making new connections.

In a conversation with Benzinga in November, Linton, now executive chairman of Vireo Health International (OTC: VREOF) and Gage Cannabis Co., said the best way to find a new outlet for his talents is to give talks at conferences.

“Here’s the way the world works: they give you a microphone, you’re an expert. If you use that microphone, everyone comes to talk to you and they give you inputs. If you process enough inputs, it’s like gathering small pieces of light, and focusing them through the right use of mirrors and all of a sudden you have a laser. And so what I’m trying to do for the next while is, I’m building a laser.”

A SPAC for Free CBD

One of the first things Linton focused his efforts on in his self-described state of “self-unemployment” was building a special purpose acquisition company in an effort to fund a „free CBD’ hemp company, he said Monday at the Benzinga Cannabis Capital Conference in Miami Beach.

“My theory is CBD should be free. If you make a sufficient profit from the plant before you even make it to the CBD portion of the profit, that should cover the costs of extracting the CBD, which should then make CBD free,” he said, mentioning taking advantage of other possible uses of industrial hemp before CBD is extracted.

Europe to be the most profitable market outside of North America, Linton said.

European countries don’t want to export jobs, he said: they want to produce cannabis within their own borders in order to boost the economies of local, rural jurisdictions.

Another perk of the European market is that European countries have great testing facilities, Linton said.

“If you learn something in one geography, you can export the intellectual property in that geography to another. Europe is ready for that.”

In his view, South America is great for cultivation, but local regulation makes it hard for South American countries to export large quantities of product.

Psychedelics Are The Future Sibling Of Cannabis, Linton Says

“I have no clue as to why psychedelics and cannabis are actually separate,” Linton said, arguing that both industries suffered from terrible regulation despite their effect on the human body and mind being universally acknowledged.

Linton is invested in — and sits on the board of — MindMed, a Miami-based psychedelics research company.

Linton is enthusiastic about the many potential health benefits of psychedelics like LSD, psilocybin and ibogaine.

He said he’s confident that some of these substances will become legal in countries like Canada and Australia. These countries legislate on the basis of scientific evidence, and evidence of the therapeutic use of psychedelics is very well-documented, Linton said.