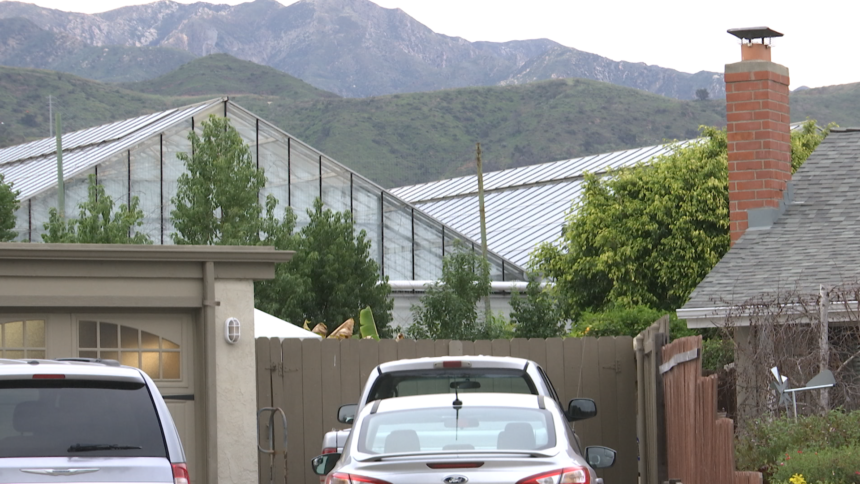 CARPINTERIA, Calif. – Some Carpinteria residents are so frustrated with the smell of cannabis in their homes and backyards, they have decided to sue nearby marijuana growers.

The class-action lawsuit was filed by a Santa Barbara attorney on Thursday morning. The complaint targets multiple growers. It urges them to seal their greenhouses and use „carbon-based filtration methods.” Plaintiffs complain that the vapor-phase systems currently used to mitigate the odor are just as irritating to eyes, allergies and asthma.

The complaint states that the residents are not after money, and would likely dismiss or settle the action if they get their clean air back.

Some of the plaintiffs have windows and backyards less than 100 feet from cannabis greenhouses, which used to grow flowers before California legalized recreational cannabis in 2016.

One plaintiff says his house has been on the market over the past two years, but the cannabis smell scares away prospective buyers.

„Everybody who comes asks about cannabis,” Greg Gandrud said. „Especially when they’re standing in my backyard and they can see those greenhouses, which are just 70 feet from my bedroom window… and people are very concerned. Because they’ve heard that we’ve had some issues. And I’ve had zero offers on my house. And I think the cannabis is actually causing our property values to go down.”

A representative for Carpinteria growers says the defendants have not been served yet, and do not have a response at this time.

This is a developing story and will be updated.