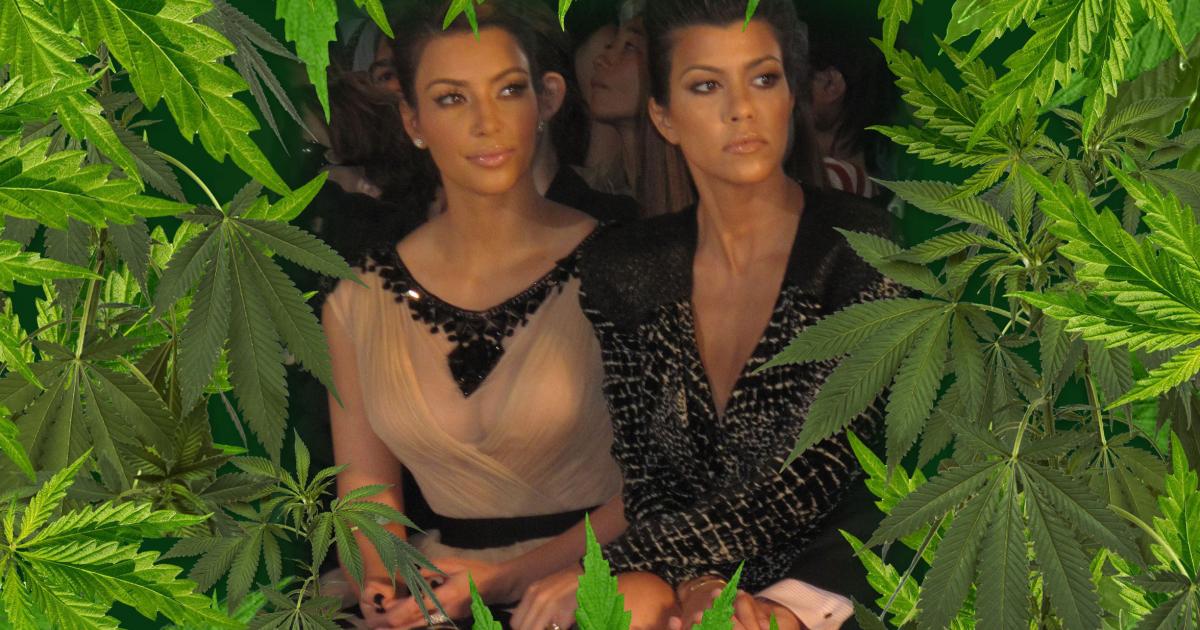 Like true Californians, the world’s most famous (and profitable) family of entrepreneurs don’t shy away from CBD. Since everything they touch turns profitable, we can predict that just by mentioning it they have already done much more for the acceptance and popularity of this compound than many companies that invest millions in its development.

Last year, Kim Kardashian confessed to People magazine that CBD had saved her life. Although she does not enjoy smoking cannabis, she uses CBD jelly beans to help her fall asleep. Thanks to the compound, the star says, she believes that she will never use sleeping pills, or anxiolytics like Xanax again.

Kim is so in love with the cannabis extract, that CBD was one of the themes of her last son’s baby shower. The child, named Psalm West, was born from a surrogate pregnancy and is now one year old.

Very stressed between her role as a businesswoman, her life in front of the cameras and, being a mother of (at the time) three, Kim spoke with E! News: “This year, because I am freaking out so much, I just want a zen, like, CBD-themed baby shower. I just want massages, I want to do, like, a tea ceremony with crystals, and we’re going to have a drink at this baby shower — we’re not pregnant!”

However much Kim enjoys CBD, Kourtney was the one who managed to capitalize on it, including it as an ingredient in her successful Hora x Poosh line of cosmetics, launched in 2019.

Poosh presents itself as a comprehensive wellness company. Its site sells not only the cosmetic line, but also many other products from various brands oriented to the zen, healthy and sustainable lifestyle. It also doubles as a blog, with content oriented to the same segment. Their slogan is „guide to live your best life”.

Poosh.com recommends the use of CBD for a lot more than cosmetic chemical formulas. On the site you can find a section on the ingredient, where its uses and virtues for the body, mind and soul are listed. Kourtney herself extols its calming, anti-inflammatory and antioxidant properties, its role in regulating collagen production and in protecting against external agents such as the sun.

Regarding the line’s products, the Hora x Poosh n°1 star is the super hydrating serum of hyaluronic acid and CBD, composed of 98% natural ingredients. It is cruelty free, and has no oils, or added fragrances. According to users, it provides almost instant relief to stressed skin, reduces inflammation and irritation, and provides long-lasting hydration. The serum is a bestseller and has often run out of stock. Other products that contain CBD are the lip balm with a touch of color and the exfoliating night mask, which is used to sleep and is rinsed off the next morning, promising radiant and toxin-free skin.